Super Smash Bros. Ultimate cheats, tips - How to use the Stage Builder

The new stage builder allows you to enjoy impressive creations

Not content with just having, well, the most content of any game ever, Super Smash Bros. Ultimate has had another update bringing it up to version 3.0, and adding what we all wanted: a stage builder.

The stage builder in Super Smash Bros. Ultimate is comprehensive and detailed, allowing players to not only make the best stage seen in the game yet, but even upload and download them to share with the entire world.

So you should jump into the game and get creating now. The Stage Builder is pretty self-explanatory, but here we'll give you the lowdown on what's new so you can make better stages than ever before. 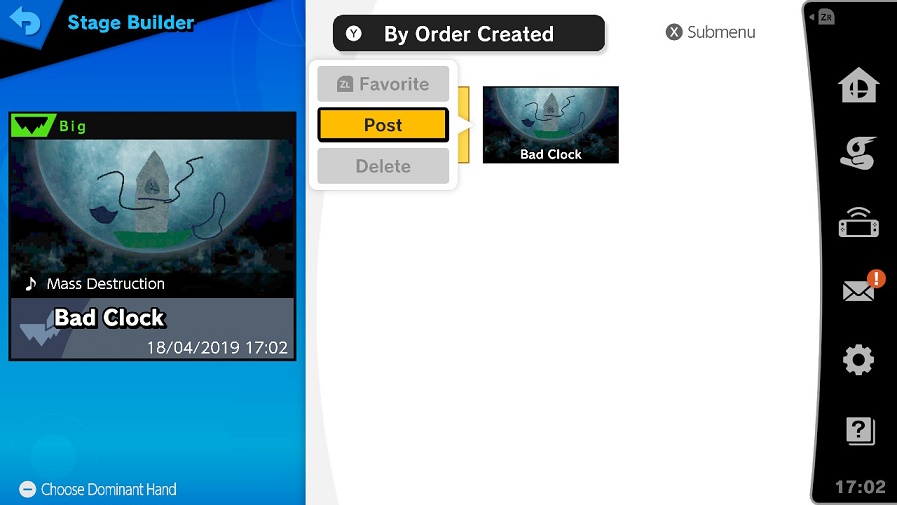 Super Smash Bros. Ultimate just got a bit more ultimate and added a stage builder to the game in the latest update, alongside Joker and a brand new Shared Content tab. Happy days!

Instead of just a basic phallic objects and lava streams of, well, whatever you desire, there are now far more options than ever before.

You can now create background and foreground layers, which sounds like a small thing, but absolutely changes the types of decorations you can create in stages.

I, for example, made some sort of evil clock tower thing. It was supposed to be loosely Persona 3 inspired but I'm not talented in any way.

What it makes obvious though, is that creative types have a lot more room to flex in the new stage builder, and if you're not a creative type, well you can still enjoy the stage builder fun along with everyone else.

Here we'll give you a few basic stage builder tips, and you can figure out the rest yourself to create some wonderful stages to smash on.

Moving pieces used to be one thing that stage builder fans dreamed of, and now they're here.

You can now draw paths for your platforms to follow, either basic, or far more complicated. This is great as players can now, finally, create dynamic, exciting stages.

But now you can even create rotating stages are affected by the weights of characters, giving much more dynamism possible. Your mind really can let loose with these new tools.

The touch screen is now far more useful in Super Smash Bros. Ultimate. While it was completely useless before, and still isn't all that functional outside of the stage builder, it's great for creating more unique stage shapes and types.

You can easily sketch out unique stages, or even straight up memes, and bring them to life. Whether that's iconic game stages, or moments from anime. Jotaro VS Dio, anyone?

This is the new Miiverse, guys. Get creative, and leave the edgy humour at the door, yeah? Don't ruin this for everyone.

3
Not talent? No problem

I'm not talented, arty, or anything like that. I'm basic as hell, which is why I tried to poorly recreate some video game scene.

But thanks to the Shared Content tab in the Online menu, you can now freely upload, download and enjoy the stages others have created.

That Jotaro VS Dio stage? Hell yeah, you can download that and enjoy it, no need to be Hirohiko Araki and draw it yourself, just download and enjoy.