Save the world and the school in Apple Arcade exclusive, mega-pet CCG Cardpocalypse

Cardpocalypse is a story based card-battler where you must survive starting a new school, and also save the world. It's among the launch titles for Apple Arcade, and we've been playing it.

The next game from Gambrinous, the team behind the exceptional Guild of Dungeoneering, is a collectable card game battler set inside a highschool about to become a hotpoint.

Cardpocalypse follows the story of Jess, a young, wheelchair-bound girl who has just transferred school. Her hobbies, as with most kids, include disrespecting authority and watching awesome TV shows. The latter refers to Mega Mutant Power Pets (MMPP) a show where turbo-powered pets fight each other for dominance, occasionally erupting into their mega form to smash the pudding out of each other. 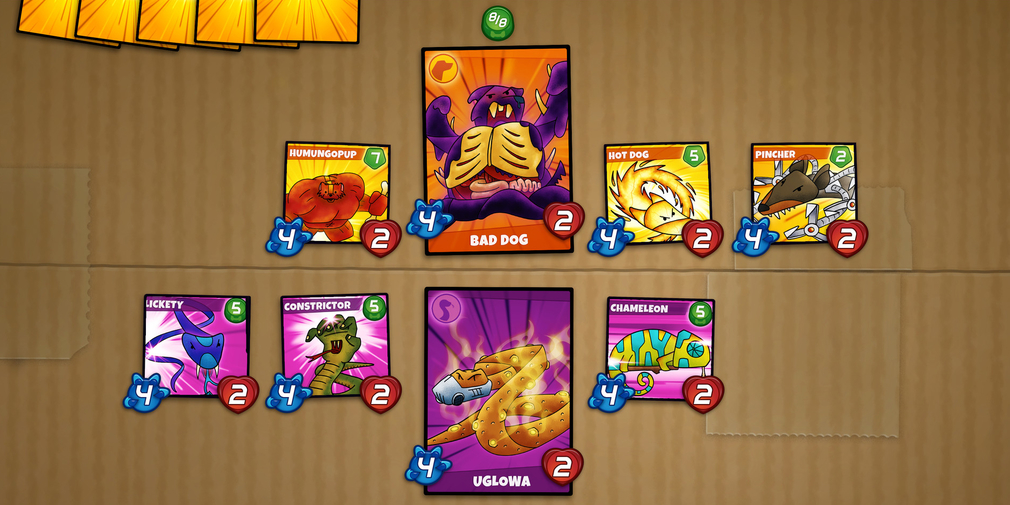 As it turns out there's a major card game scene at Jess' new school and as she starts the day she gets a booster deck, enough to get going. As it also turns out, the TV show gets corrupted and the baddies start leaking through into the real world.

The school teachers are the usual grumps, as you might expect, and are cracking down on anything fun — most recently the Mega Mutant Power Pets card game. Despite that there's ample opportunity to trade, win and modify your decks as you play. Perhaps most interestingly you can scribble on, and add stickers to, cards later in the game to modify them.

So, as I said, the game is story based. This means that there are sections where you'll be in choice-led conversations, or sometimes just advancing the story a little. While these sections on 'on-rails' there are also parts where you are left in open areas, like the playground, and can battle or socialise as you wish.

Combat then, the nitty-gritty of it, is a little bit different than your normal deck-battler fair. You pick out a hero unit, which starts with 30 health, once it gets to half health it goes into mega-mode. This is where Cardpocalypse gets interesting, because most of the mega-modes massive change up the offense and defensive abilities of your units on a per-turn basis. In addition to this, there are cards which you can buy early in the round which then activate when your Power Pet goes mega. Smash your enemy too quickly, too early, and they power up and drag you down. This causes the earlier turns, already limited by the amount of resources you can spend, to be more about building an army and whittling the opposition one down, than simply belting the other pet.

Each of the cards have a deployment cost, but no further resource drain, this means that you can field an entire row of units if you have an appropriate deck. The only restriction is that resources to spend are equal to the turn. On round three, you can spend up to three resources — that could be three one-costs units.

The battle system may be really interesting, but there's also some cool audio work, and the hand-drawn art-style — while initially a bit awkward feeling — really comes into its own as you play more and discover more cards.

Want to know about more, great upcoming games? Check out our upcoming section