Developer Sam Barlow and publisher Annapurna Interactive have released a teaser trailer for the Her Story creator's next project: Telling Lies.

Where Her Story had players exploring through old police interviews trying to solve the mystery behind the disappearance of a man named Simon Smith, Telling Lies has players browsing a stolen NSA database filled with the footage of four intrinsically linked individuals.

Each of the characters are tied together through one large lie, a lie which you get the chance to unravel through watching a selection of recordings from a two year period. We don't know what the lie is at the moment, there are nods toward a violent act in the trailer, but I'm sure more details will be released as we approach launch.

What we do know about Telling Lies is that its a lot longer than Her Story and the storytelling is handled in a very different manner. Where Her Story was us watching an interview respondent who is being careful with their words and answering direct questions, Telling Lies' videos are large, secret snippets of life stolen away by hidden cameras. We're much more likely to see confrontation, emotion, and interactions — the four main characters aren't sat in a plain white room. 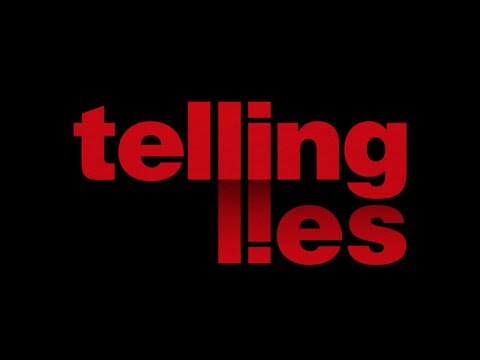 It has been two years since the developer announced that the project had signed on with the, then newly-formed, publisher Annapurna Interactive.

At the time the pitch was described as "'Imagine Steve McQueen's 'Shame' mashed up with 'The Conversation'", alluding to the political thriller style format it would take. This versus the interlaced, single-threaded narrative behind Her Story.

In my opinion Annapurna Interactive is a great choice for Barlow's next project. In their two years of publishing they've carefully laid their hands on some especially well-known narrative games — the likes of What Remains of Edith Finch, Gone Home, Kentucky Route Zero and Journey.

While Telling Lies is currently only listed for PC and Mac releases later this year, there's already word circulating of mobile and console ports further down the line.

It would make a lot of sense for it to release on mobile platforms. After all the developer has gone on record revealing that Her Story made almost half of its revenue on handheld Apple devices alone. So, we may be seeing it on iOS sooner than we think.

Another thing to consider is that Annapurna interactive are among the publishers already confirmed for the Apple Arcade project — in fact, Telling Lies was among our 4 games we think might be heading to Apple Arcade piece from earlier this week. While this could be a different game, it feels unlikely. Both the publisher and subscription service have clear focuses on high-quality games which step away from tradition.

We'll keep you up to date on Telling Lies as it approaches its launch, especially any information about what it is going to release for.