News to brighten the day of even the darkest knight

It’s been three years since Webzen brought the hack-and-slash, fantasy world of MU to mobile with MU Origin. Now, the South Korean publisher has teamed up once again with Chinese developer Tianma to deliver its sequel, the much-anticipated MU Origin 2.

With multiple location-specific servers around the world, staggered releases are the norm for MMORPGs nowadays — millions of players in China, South Korea and Southeast Asia are already fighting, farming and making friends in MU Origin 2. The rest of us will have to wait a teensy bit longer. But there’s still the chance to have a go in the closed beta test. Launching on 29 March 2019, players in North America and South America can download the game, without the need to pre-register, and offer their invaluable feedback ahead of the wider release. Players in Europe will have to twiddle their thumbs for a little longer, as will iOS users, but your first experience of MU Origin 2 should be a fairly clean, bug-free one once the post-beta tweaks and fixes take place.

So what can beta testers expect from this shiny new MU? There aren’t any great shocks in store. Rather it’s a refinement of the same addictive fantasy action veterans of the franchise know and love. You can choose from three classes during the closed beta test: Elf, Dark Knight and Dark Wizard — although we can expect more classes in the future. Join forces with fellow players for dungeon crawling and puzzle solving; grind to grow more powerful and farm the best equipment, and engage in real-time PvP battles in and out of the arena. Most of the content planned for the global release is included, such as mounts to carry you across the battlefields, and jewels to upgrade weapons. 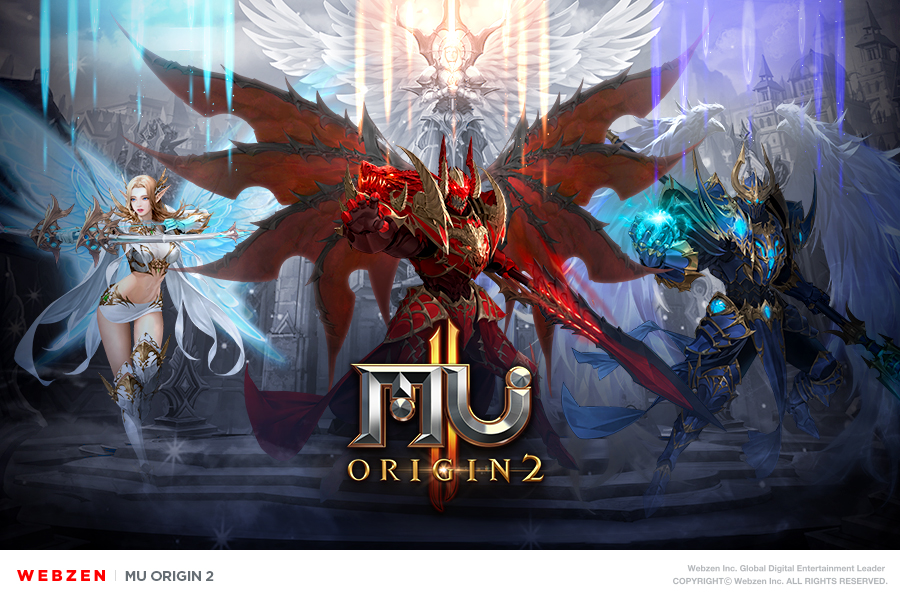 It’s important to note that once the closed beta test ends on 7 April 2019, your character data will be wiped, so don’t get too attached. Instead, use it as a dry run for the official release. That isn’t to say any hard work you put in is for nothing; if you level your character up to 150 and complete a feedback survey, you’ll be awarded a coupon for an exclusive title once the game receives its wider launch. You can also take part in official Facebook events to be awarded coupons, redeemable after the official launch. All this means you’ll start the game-proper with both experience and some bonuses to put you ahead of the pack.

To take part in the closed beta test of MU Origin 2, simply download the beta version from the Google Play store now, and dive in.

MU Origin 2, Webzen’s hit MMORPG, gets a new character class plus a ton of fresh features