4 out-of-this-world updates coming to TerraGenesis this May

The space settling game is about to go supernova

Update: After a short delay, the 5.0 update for TerraGenesis will finally be landing for iOS and Android on May 16th.

If you've enjoyed The Expanse on TV, you should be playing TerraGenesisgame.com/" target="_blank" rel="noopener noreferrer">TerraGenesis. Subtitled Space Settlers, this mobile game snatched our TerraGenesis-wins-very-big-indie-pitch/" target="_blank" rel="noopener noreferrer">2017 Big Indie Pitch prize in San Francisco. And it's about to enjoy a massive upgrade, so this is the perfect time to jump on board.

Heavily influenced by Kim Stanley Robinson's Mars trilogy of books, plus games like Alpha Centauri, and the movie The Martian, TerraGenesis/">TerraGenesis uses actual NASA surface maps of Mars and the planets. It had one million downloads in first year and is now at 11 million downloads. The game sees you exploring space, colonizing planets, and terraforming them to make them habitable for your faction.

The 5.0 update will be the game's biggest yet, and is due on May 16th. It introduces a swathe of improvements, many suggested by the community, including a new aquatic and terrestrial biosphere system. And here are four more cool things we know about it.

Want more? Check out our growing collection of TerraGenesis articles!

1
It has a new graphics engine

Version 5.0 brings revamped visuals to TerraGenesis. We’re not just talking a few minor user interface tweaks (although there are some of those, designed to make it easier to navigate around all the options). 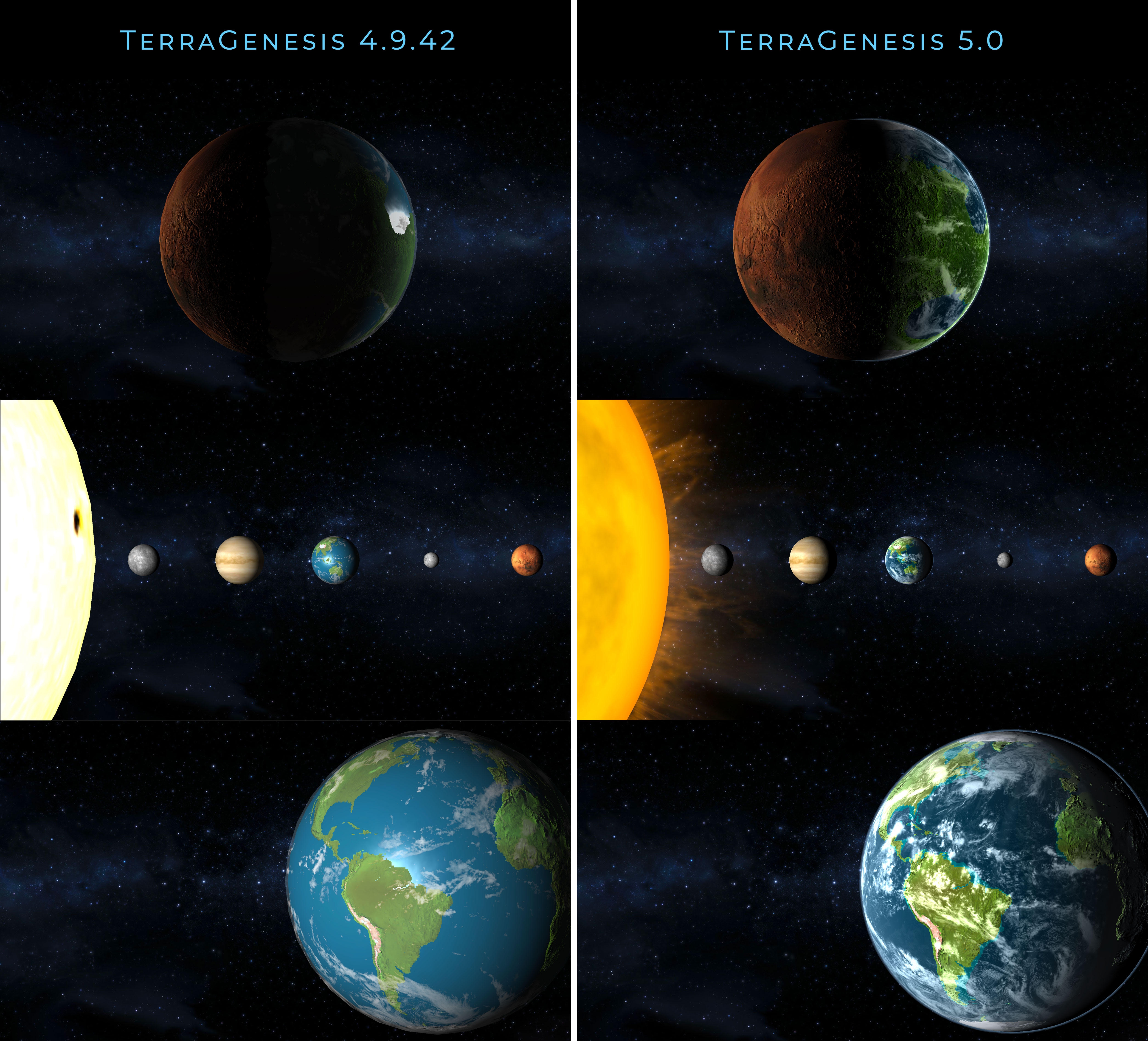 No, the planets are going to look a lot more beautiful now that shallows have been added to the water and fluffy clouds populate the sky. It was always a game based on realism, but now the worlds look even more convincing.

2
You can go back in time

This April 16th update adds bundles of playable worlds beyond our solar system.

But for a real challenge, why not go back in time and try to manage the Earth during challenging periods in its own history? 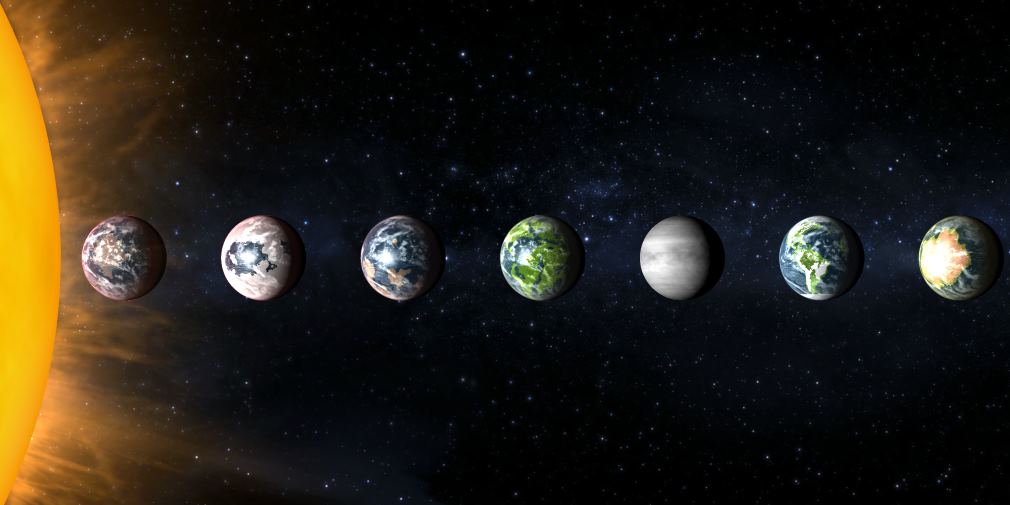 You can attempt to colonize and manipulate our own planet during seven different historical epochs – when it was all smushed together as the supercontinent Pangea for instance.

Loving the alien? Yep, this update adds native populations to the planets out there. Which means you’re faced with new challenges – ethical ones, as well as practical ones.

What do you if there are people there already? You can attack people but you can also spy on them before you make first contact.

The natives are procedurally generated and there’s a degree of randomness to what you’ll encounter.

The developers told us at GDC this March that adding native populations was something they always wanted to do.

A new expert challenge will be added, called “world killers”. An incoming asteroid is about to hammer into your beloved world. Can you prevent it wiping out all your good works?

We’re assured it is possible to stop the incoming asteroid. But if you don’t, you then have to deal with the catastrophic effects of the impact. Can you rebuild a world where half of its biosphere and many of your facilities are gone?

TerraGenesis is available for free now on iOS and Android. The 5.0 update will touch down on Tuesday, April 16th.

Fortnite cheats, tips - Everything you need to know about Season 9

Get a behind-the-scenes look at TerraGenesis