Pick Me Up is a straightforward little game with a simple premise: you're a car sharer who makes money chauffeuring random folk around famous locales, from London to Egypt. Each level runs on a predetermined route, and vehicle controls boil down to holding your finger on the screen to accelerate and letting go to break – it's that easy… or is it?

The truth is that Pick Me Up is surprisingly tough, not least because it requires you to fight the urge to constantly accelerate. Potential hazards can come flying at you in less than a second, and some of the later levels are super hectic, so you'll need to have your wits about you at all times.

There are dozens upon dozens of levels in Pick Me Up, and I certainly haven't seen them all. That being said, these following rules will stand you in good stead to make a ton of money, quickly unlock a bunch of cars, and get through a decent amount of the levels with minimal fuss. 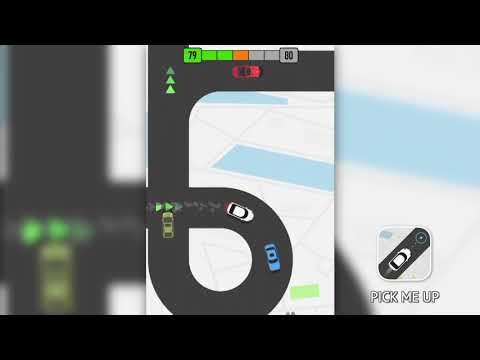 1
Be careful around intersections

In the early game, intersections are by far your worst enemy. Not only can it be hard to guess when it's safe to go, but some oncoming cars would appear to be attempting to break the current land speed record.

My advice would be to always take it slow on approach. You're never given much time to react when a car appears, so the best way to gauge it is to wait for a car to pass and then slam down the accelerator. The reason for this is that the cars seem to be on a timer, and so you'll almost never get two back-to-back cars along the same road.

And this is only the first step in your journey. Once trains, slip roads, and multiple cars on your lane are introduced, you're going to have to buckle down and become an absolute master behind the wheel.

Though, if you're finding it all just a bit too much, there's always the option to watch an ad and continue from where you left off – trust me when I say there's no shame in it.

Thoughtlessly speeding through levels can be a recipe for disaster, or at least a game-ending bump, so you need to establish a nice, relaxed rhythm with your taps. And it perhaps goes without saying that you can't hope to finish levels without slamming on the brakes every once in a while.

Of course, some obstacles do require that you get a move on – especially those pesky train tracks – so sometimes it's best to trust your gut and just go for it.

3
Double your earnings by watching ads

The best way to make money quickly in Pick Me Up is to watch an ad that doubles your takings on every level. Cars start out costing $1000 each, which isn't actually that much. Granted, you can't actually choose a specific car; it's always random.

Or, if you'd rather put in absolutely zero effort, you could just keep watching ads indefinitely for $100 a pop. Though, if I'm being honest, this method should only be used to get a little cash injection now and again. For example, I found it most helpful when I was just short of being able to buy a new car.