The most complete COD experience yet?

Call of Duty Mobile looks so much better than we ever could have imagined, and I don't feel like I'm overdoing it when I say that, based on the trailer alone, this looks like the most complete iteration of COD we've ever seen.

In an all-too-brief 40 seconds of footage, we get a quick look at a few classic maps, classic guns, what looks like a zombies mode, and – the big one – Black Out mode on mobile.

Honestly, it's all very exciting. And so to celebrate, I've pored over every frame of the trailer to work out exactly what is going on with Activision and Tencent's COD game, what we can expect it to play like, and what it might mean for the future of the franchise.

The first thing you'll likely notice in the announcement trailer is that COD Mobile is a classic boots-on-the-ground COD game. For those unfamiliar with the term, that means no thrusters and no running on walls.

The last two main-entry titles – Black Ops 4 and WWII – have abandoned the style completely, so I guess this news doesn't come as too much of a surprise. And while the likes of Advanced Warfare and Black Ops 3 certainly have their fans, I think it's safe to say that most folks look back on the boots-on-the-ground COD games of yore more fondly.

Though despite the core gameplay looking very much like classic COD, I think it's a great idea that they're also including weapons and equipment from all throughout the series. From the trailer, I spotted a predator missile, COD 4's Barrett .50cal, a deployable shield, and one of those awesome seeker drones. 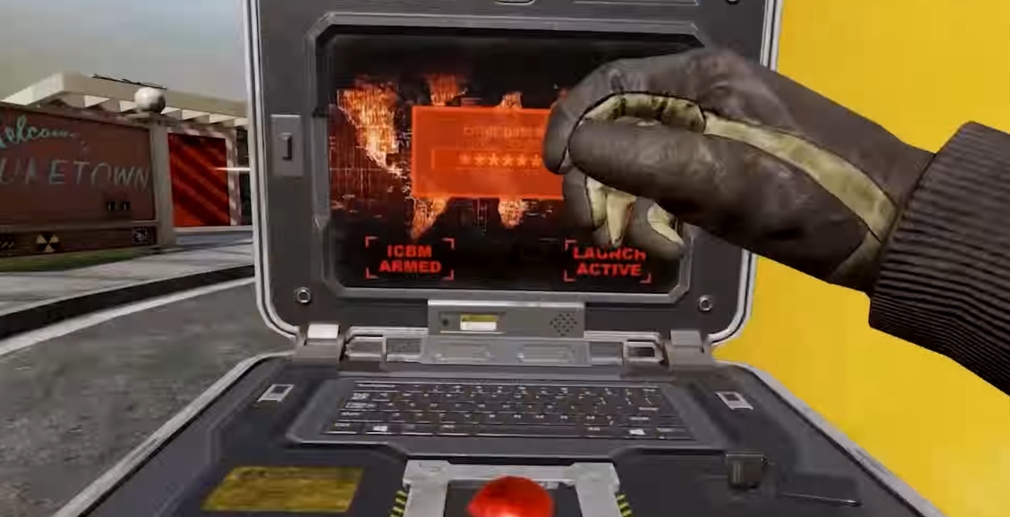 Was there ever any doubt that COD Mobile would feature a battle royale mode? In fact, I'm going to go as far as to say that I'm 110% certain those final seconds of the trailer are showing Black Ops 4's Black Out map.

With Fortnite and PUBG still dominating the battle royale space on mobile, it just makes sense for a powerhouse like Activision to come along and mix things up a bit. COD fans and haters alike will already know that Black Out found tremendous success on console last year, thanks to a rare level of polish and gameplay finesse.

For now, we're not sure what sort of concessions, if any, have been made to get it working on mobile. Hopefully the game still supports up to 88 players, otherwise the huge map could potentially feel a tad empty. 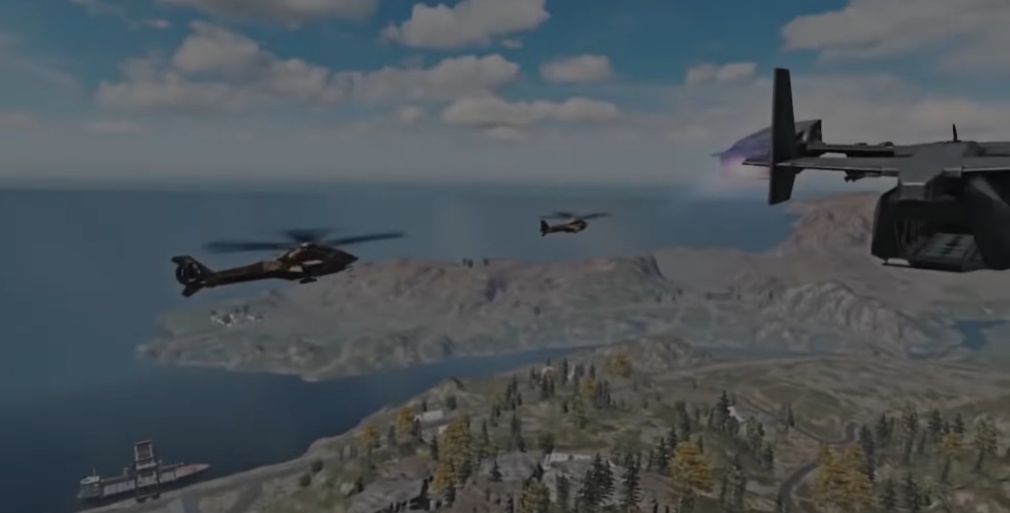 Remember that great mobile port of World at War's zombies mode? Back in 2011, it was one of the most technically impressive games to have ever landed on iOS. And now, a whopping 8 years later, Activision is set to bring back the thrill of zombie-killing to a mobile device near you.

While the trailer hints that we can expect to learn more info soon about that three-headed flame-spewing dog, I think it's safe to assume this is something separate to Black Out.

Yes, I know zombies made an appearance in Black Ops 4's hugely successful battle royale mode, but the background in the pic below doesn't look like any of the areas I've seen in the Black Out map.

Having a separate zombies mode would also make sense if they are indeed looking to turn this into a polished tour of the series' best moments. And I, for one, certainly wouldn't mind having the chance to play Der Riese, Natch der untoten, or Kino der toten again on a much more powerful mobile device. 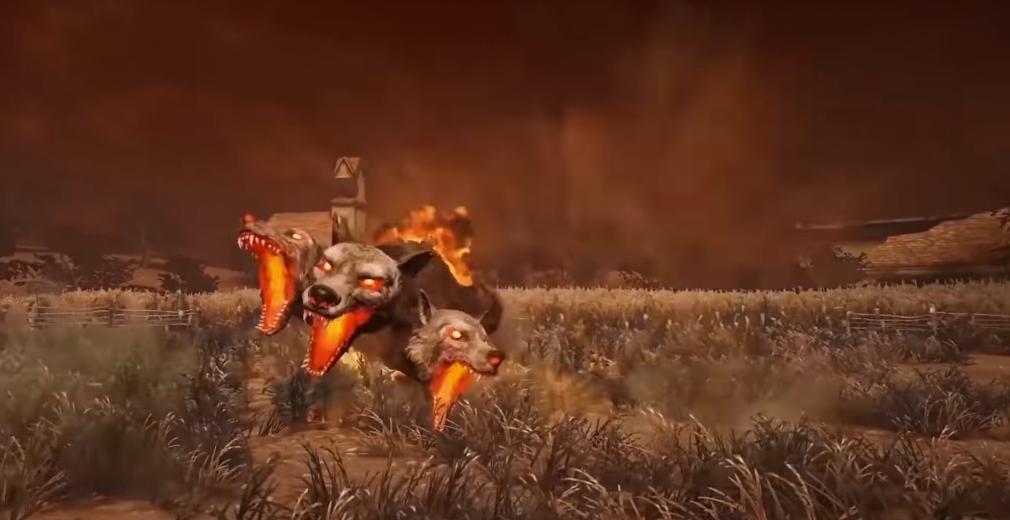 4
It's coming from Tencent, so expect smart, customisable controls

If you've spent any time at all playing games on your mobile device, chances are you've encountered the name Tencent. And the China-based company has a stellar reputation for a reason, having brought us the likes of PUBG MOBILE.

Now, if COD Mobile is to become a sizable competitor to PUBG, and build a potential pro scene, it absolutely must include customisable controls and easy support for controllers. 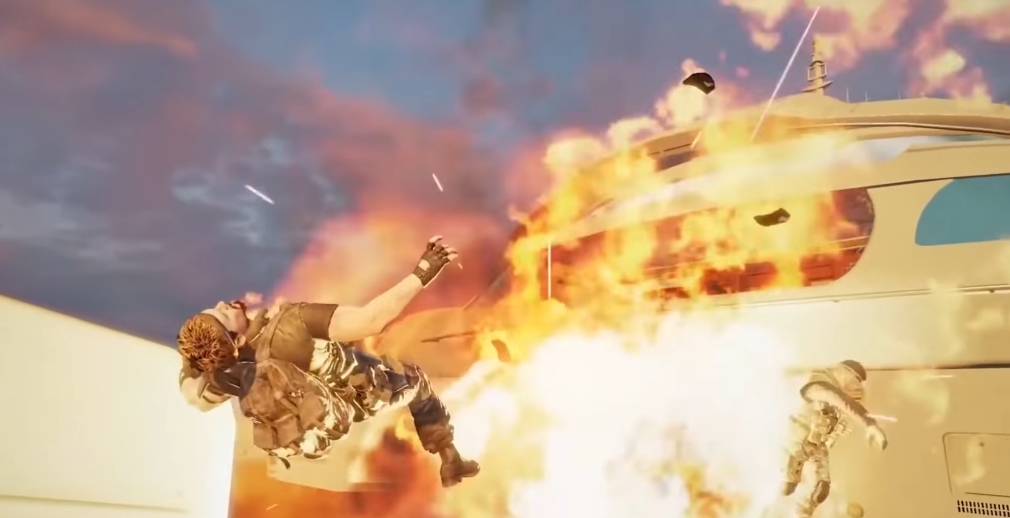 5
A glimpse into the future of COD

COD Mobile doesn't look like it's about to immediately reinvent the series, but that's totally ok. And despite what some fans might be saying, I don't think this is just another example of the series being risk-averse.

What this looks like to me is a highly-polished and curated tour of the series' best moments; one that could potentially act as a terrific foundation, or a springboard, for the next era of the franchise.

Yes, you might initially be drawn in by your nostalgia for the series, much like I was, but the prospect of a genuine live-service COD makes absolute sense.

In all honesty, the recent COD games on console haven't really stuck with that model beyond the initial year of their release, largely due to the fact that Activision insists on releasing a new entry every year.

And so a free-to-play title with no barrier for entry, which can be constantly updated with new maps, modes, characters, cosmetics, and weapons, certainly seems preferable to forking over 40 quid a year for that same experience.

The real issue would be how it's all monetised, though I can't see Activision being silly enough to go beyond cosmetics and XP boosts. Still, I could be wrong, and maybe it'll tank its own game with pay-to-win nonsense… only time will tell, I guess.

Call of Duty: Mobile introduces a new map and challenges this month for iOS and Android devices