From anime Mercs to co-op raids

After its resounding success in Asia, Neowiz has finally given Brown Dust its global launch on iOS and Android. Now the whole world can start collecting, summoning and battling.

The game features a multitude of heroes to collect and requires plenty of strategic thinking if you want to progress.. You'll need to be prepared to engage the Sun-Tzu side of your brain in turn-based team battles, where formation is as important as the luck of the draw. But if all that sounds a bit serious, the wide-eyed, anime-styled characters up for grabs keep things light-hearted and fun. Here are six great reasons to play Brown Dust, available globally now.

The best RPGs have a tale to tell, and in Brown Dust, it’s a tale of a kingdom torn asunder. Fabian, once loyal to the leader of the land, mysteriously orchestrated a rebellion which triggered the age of Mercenaries. You jump into the shoes of Fabian’s son, who must lead a band of Mercenaries in a quest to unite the kingdom once more. As the story unfolds across multiple campaigns, you’ll discover more about the past, present and the future awaiting you and your recruits.

2
Build an army of Mercenaries 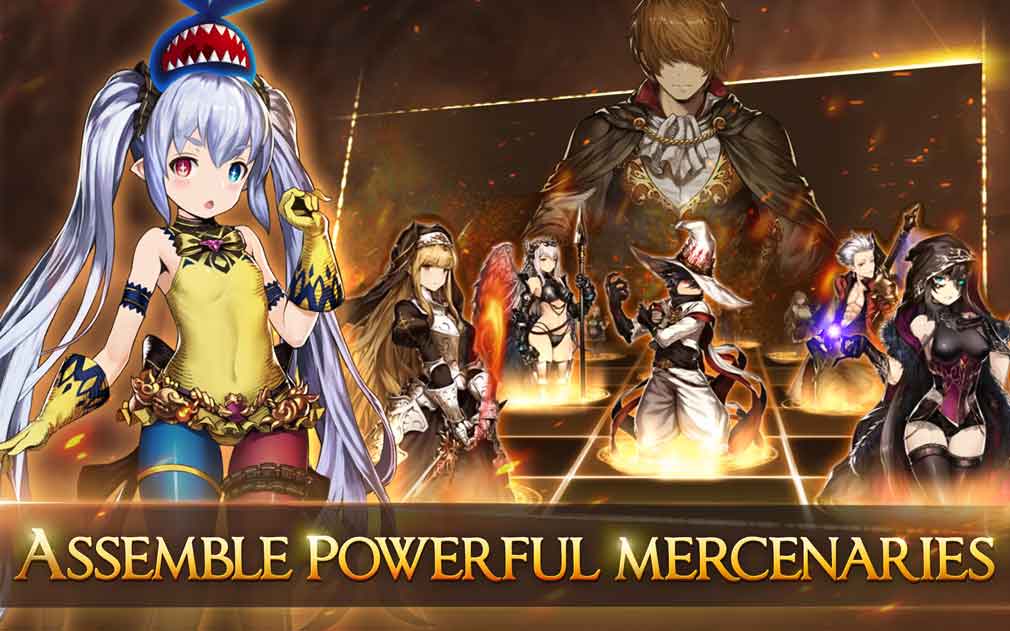 In Brown Dust, there are more than 300 Mercenaries to collect, each stylishly rendered in full anime fashion and highly customisable. As this is a gacha game, you never know who lies behind the summoning door — is it that five-star Foxy you’ve been pining for, or another three-star Rai? Only one way to find out.

There are four main types of Mercenary: Supporter (applies buffs), Magician (attacks every other turn, but generally does large damage to a large area), Warrior (attacks each turn and debuffs) and Defender (soaks up damage and protects troops at the rear). The game’s strategic challenge comes before each battle, when you must decide which of these Mercs to deploy on your side of the arena, and where, as well as the attack order of each unit. Once battle commences, it’s a hands-off, full-auto affair — you just sit back and enjoy the show. 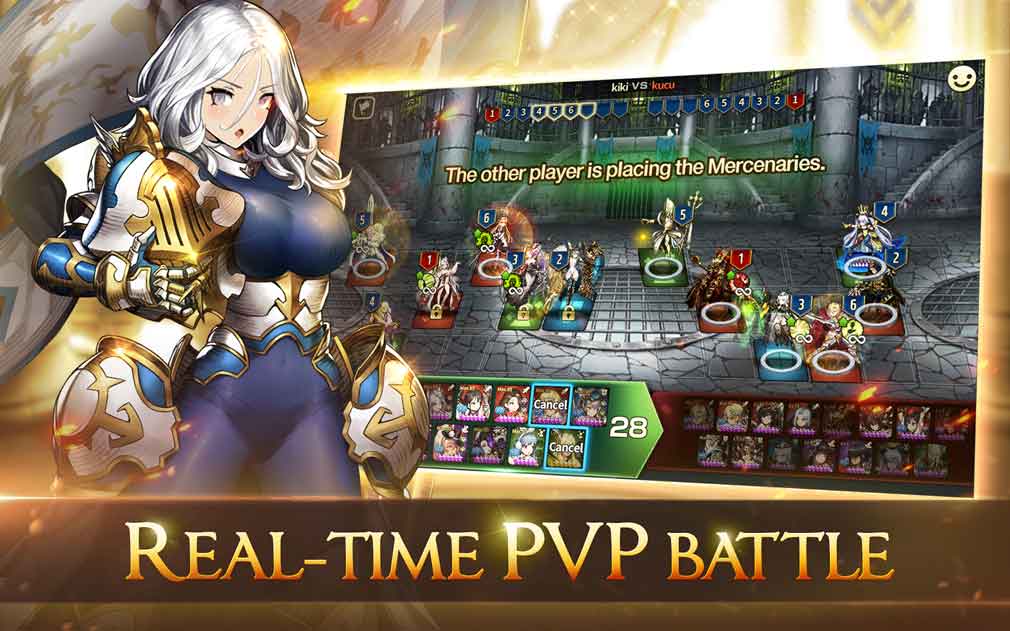 A staple of the modern mobile RPG is PvP, and Brown Dust doesn’t disappoint here. The arena match-ups pit you against other players, challenging your Mercs against theirs, as you attempt to climb the ladder. The Novice Arena requires players to use only the lower tier heroes in their team, which levels the playing field and places greater emphasis on your tactical decision making. The Underground Arena on the other hand offers a more visceral thrill, playing out in real-time where time-restraints will keep your decision making under constant pressure. 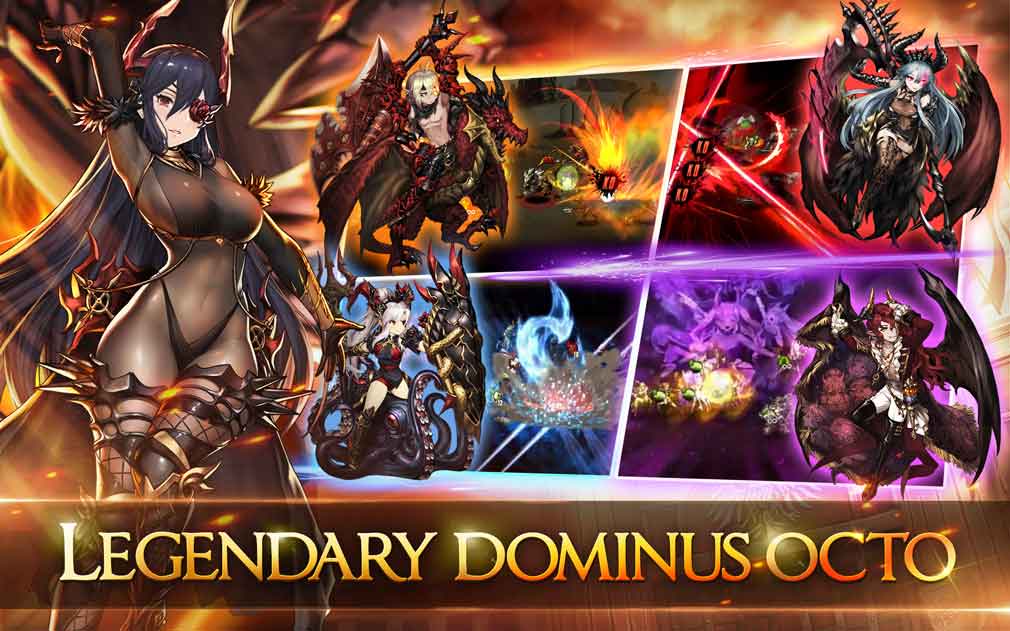 You needn’t settle for what comes out the box. Your Mercenaries are there to be tinkered, upgraded and re-styled. Each Merc has two rune slots, into which will fit a wide range of upgradable runes impacting everything from their critical damage percentage to their health. You also have the option of ‘awakening’ your various heroes, which will grant them new abilities — but you’ll have to grind for the materials, as awakenings require a specific recipe. Then there’s Soul Gear, a set of three items unique to each Mercenary. These are also upgradable, and also impact the stats. 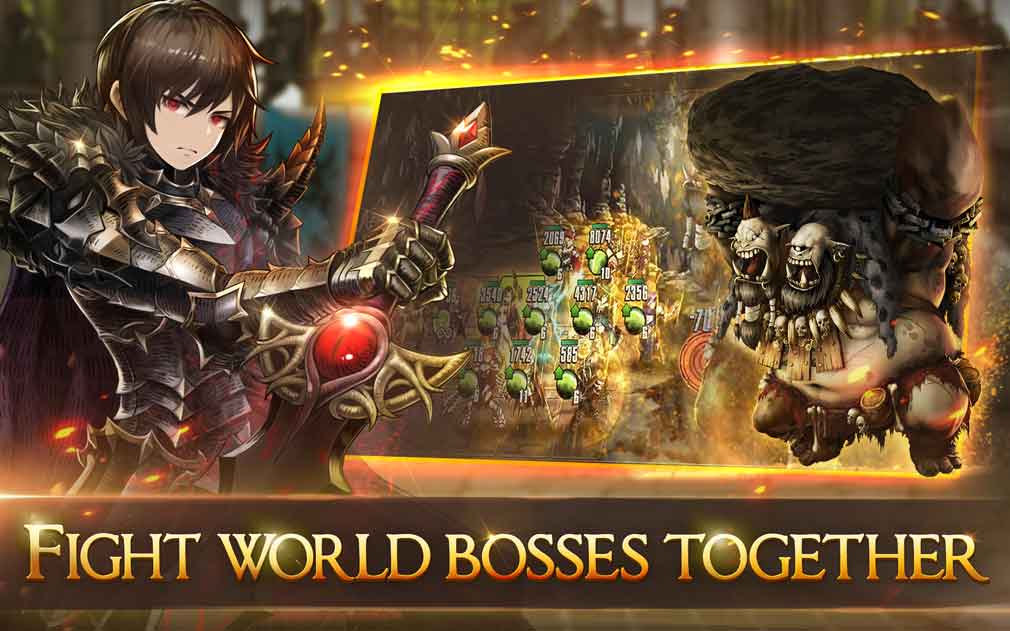 It’s just as much fun to fight together as it is to fight against each other. Brown Dust’s Co-op Raids team you up with fellow players against waves of tough enemies, while World Boss has you going toe-to-toe with a big hitter in a server-wide effort to see who can get the best score.

Evil Castle is Brown Dust’s dungeon raid mode. You see how deep the castle goes, defeating stage after stage of enemies. The further you venture, the greater the rewards.

And if you need another reason to join the fun, the global release brings with it a tempting welcome reward. The Global Launch Package equips you with a haul of items to get you started, from skill books to gold coins in the millions.

Download Brown Dust for free on iOS and Android.