Legend of Empress is the new relationship-driven RPG in which you take on the role of a Chinese royal lady tasked with cultivating her Queendom. The game takes place against the backdrop of royal war and imperial intrigue, requiring you to battle your enemies via a strategic card system in order to keep the dangerous forces at bay.

Out now for both iOS and Android devices, Legend of Empress is unique compared to other mobile RPGs in that relationships also play an important role in between the action. This only scratches the surface of what players can expect when jumping in, so we thought we’d highlight five specific reasons Legend of Empress could be worth you checking out. 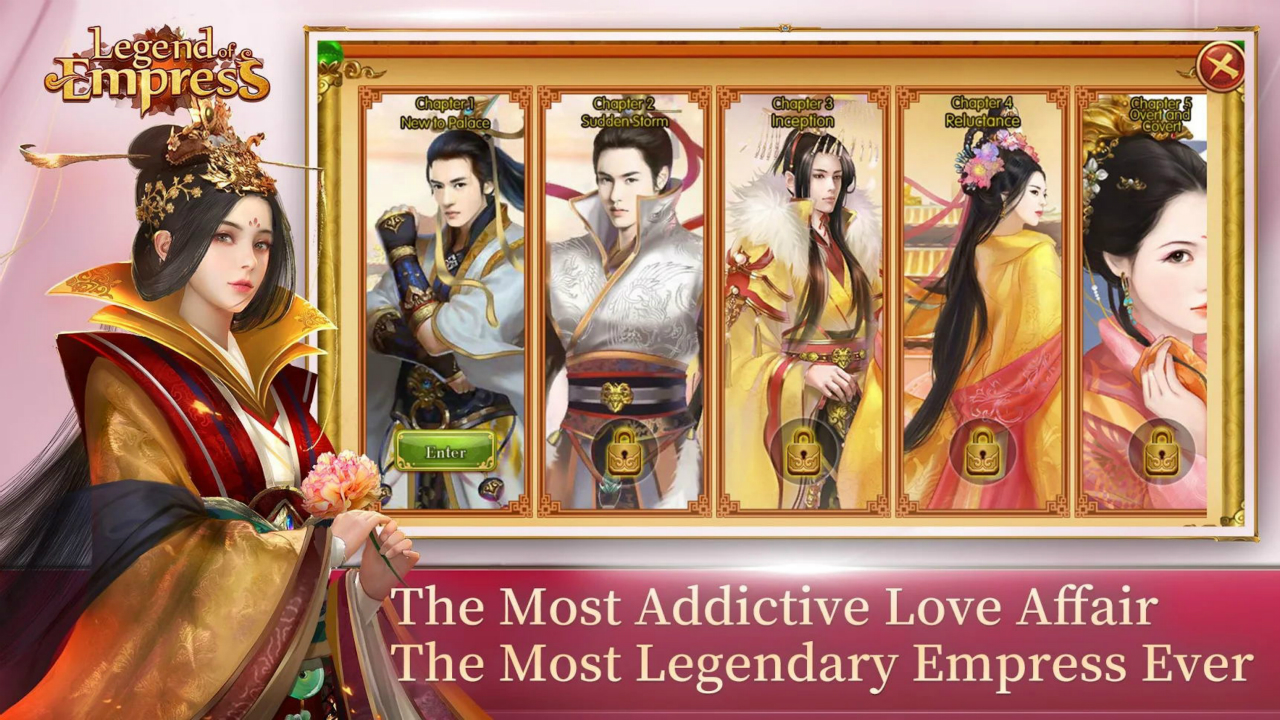 The developers behind Legend of Empress have spent great deal of time and attention to the game’s oriental setting, seeking to immerse players with a realistic depiction of what ancient China would have been like. This is easily seen from the imperial palace you’ll spend the most of your time in, where delicate art surrounds every room. Want to experience the legendary life of a girl becoming an empress? Legend of Empress is your best shot. 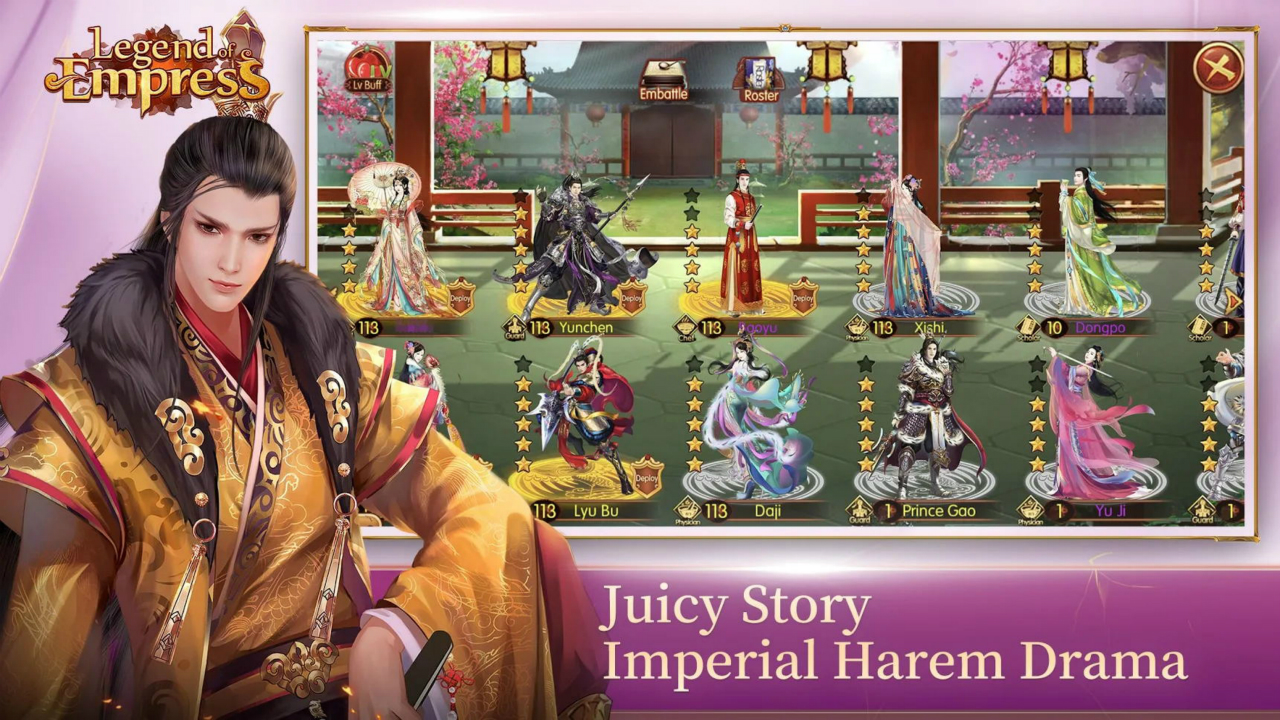 A story full of love, conflict and drama

As alluded to earlier, Legend of Empress places great emphasis on what it would be like to engage in an idealistic romance during a time of ancient war. The story has more than a few twists, turns and surprises in to keep you hooked on the drama, with plenty of characters to get invested in and potentially swept away with. Fans of Japanese visual novels will have some idea of what to expect. 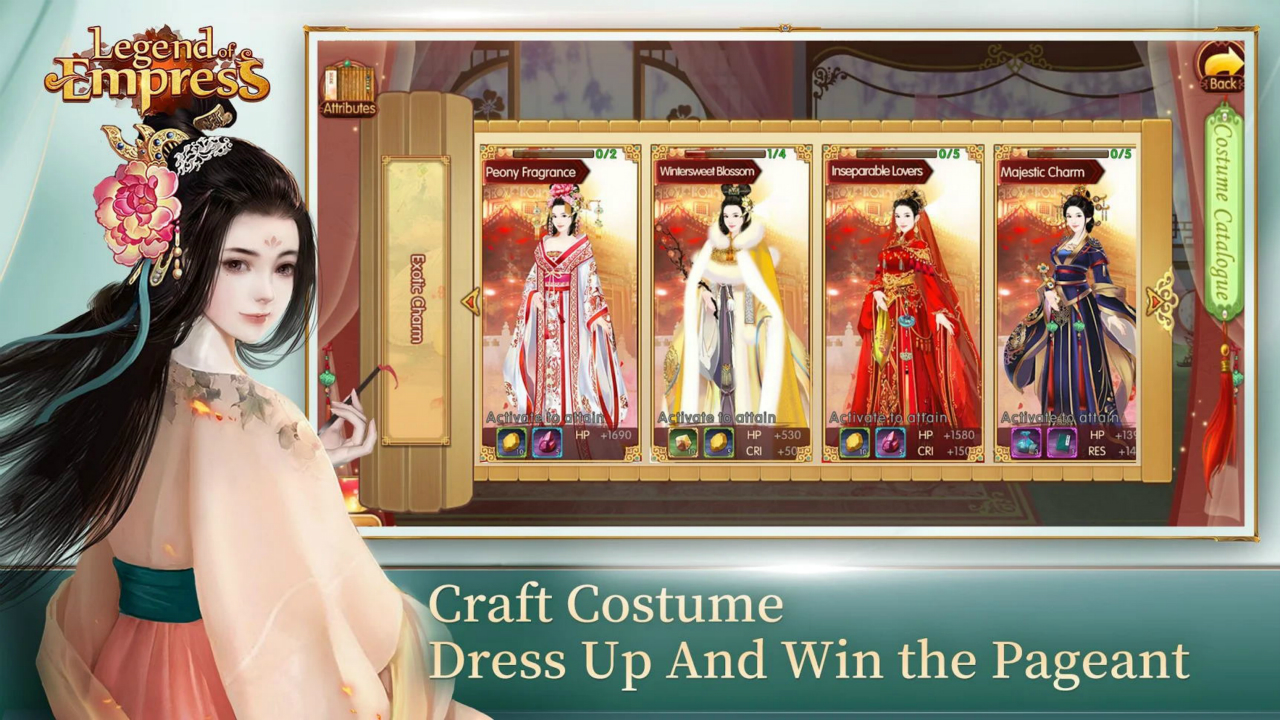 What good’s an RPG if you aren’t able to customise your character? Legend of Empress takes this one step further by letting you craft and collect potentially hundreds of different costumes, hairstyles, makeup, head dresses, jewellery, and accessories. Providing all the materials one would need to effectively roleplay as a royal lady working her way up through the ranks. 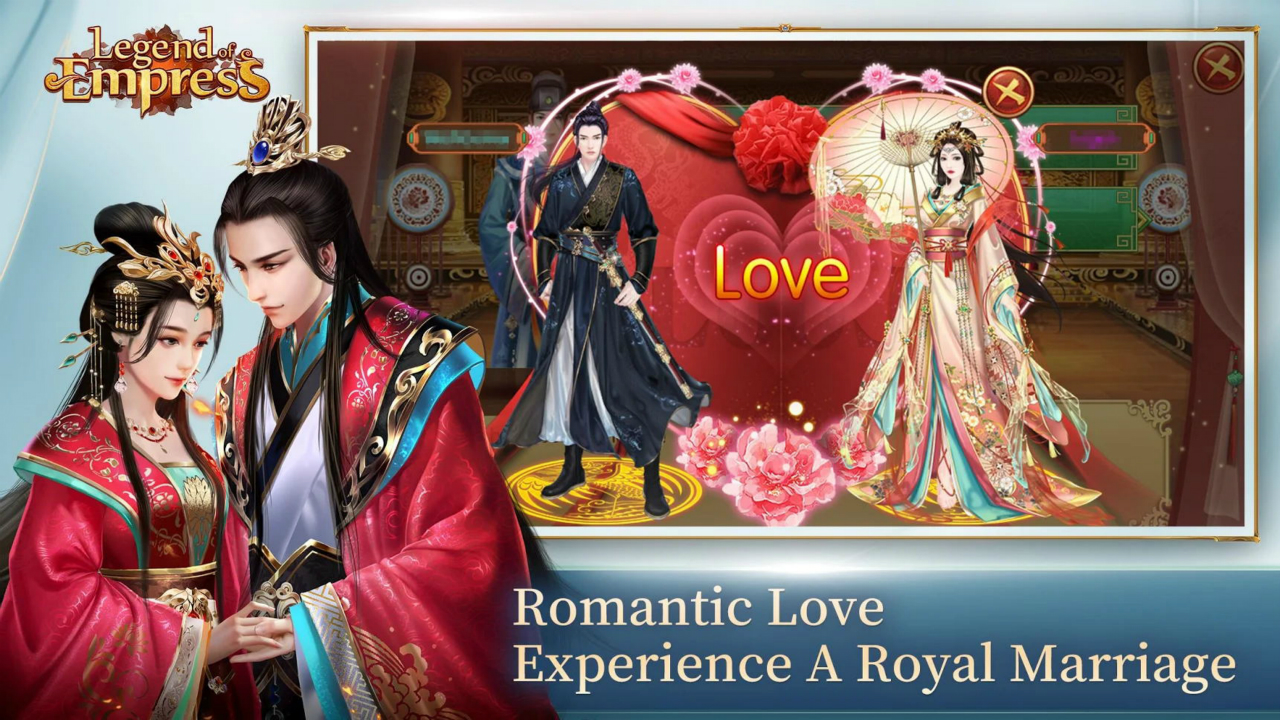 Legend of Empress boasts a relatively robust online element, whereby players can invite and form up clans with others. Winning the war against your enemies suddenly becomes much more of a co-operative venture. This even extends to the ability to get married with real people in game – holding a wedding, building a longhouse or even having a baby with your partner. And the rich game experience also allow same-sex marriages. 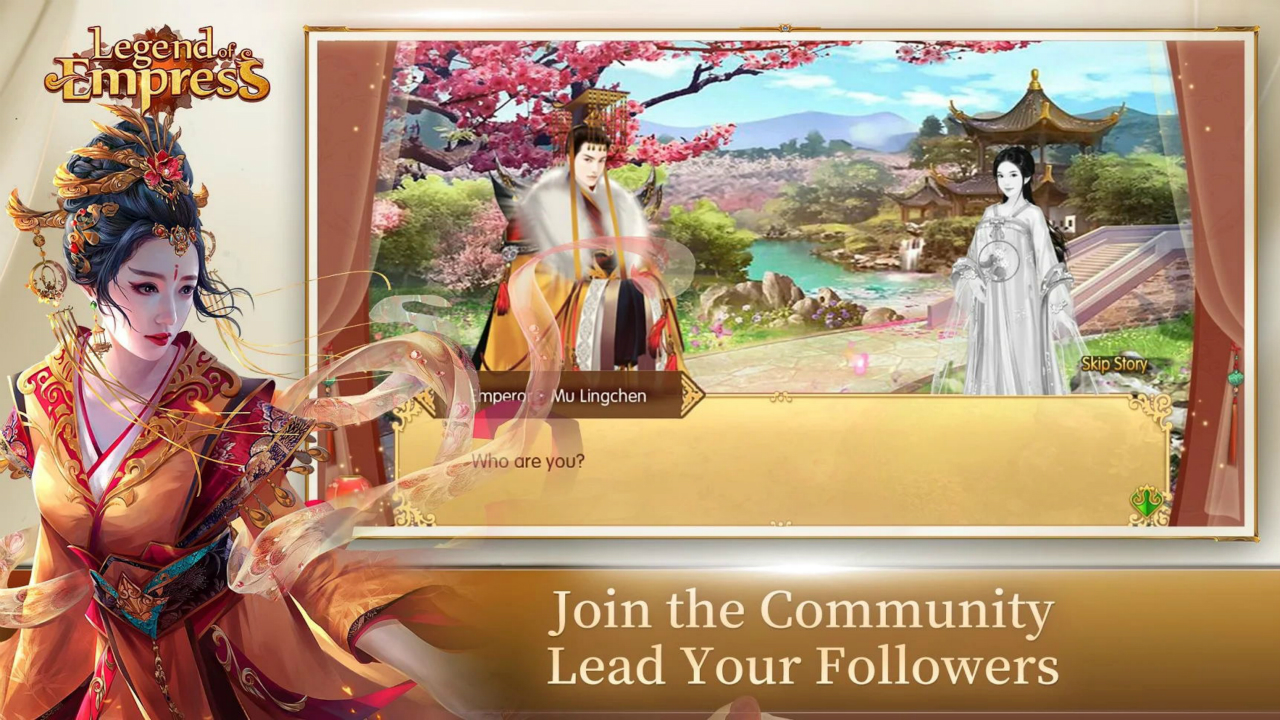 The way you do battle against enemies is done totally through a card system, where players can summon historical celebrities to become their own heroes. It won’t be long before you can start cultivating your own right-hand man and freely organise the line-up of your team to be successful in the game’s fierce turn-based combat.

Fancy yourself to be an ancient empress with a thirst for romance and battle? Put it to the test in Legend of Empress, available now on the Google Play and App Store. You’ll also want to visit the game’s official website and Facebook page, for for new exciting features.

Asphalt 9: Legends cheats and tips - How to unlock the new Huracán EVO Spyder

5 reasons to get lost in Legacy 3 – The Hidden Relic