Immortal Rogue takes a different approach to roguelike gameplay. The 2D action game doesn't strip you of your rewards once you're dead, and your approach to combat says more about the skills you gain.

You'll be able to slash through and impale dozens of enemies, in addition to recruiting meagre humans to your side and changing how the world develops.

It's a great approach to the roguelike genre, and if you're interested, we've got a bunch of tips on getting started with slashing through enemies. 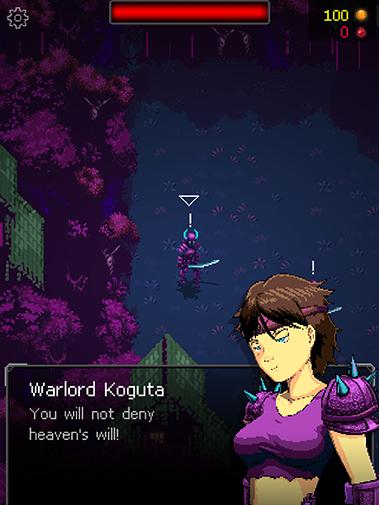 The first thing you'll want to become intimately familiar with in Immortal Rogue is the range of your weapons. After all, there's a great variety of ranges and effects your different weapons will have.

To start with you'll have a simple short range slash, and a heavier slash with a fairly decent dash-in range.

The light attack, which you perform by mashing or tapping on the screen, is absolutely fine, but can stand to be upgraded as soon as you can.

The heavy attack meanwhile, which is executed by holding the screen and dragging at an enemy, is incredibly useful, and there are multiple kinds of heavy attack weapons, each with very different properties.

As for the standard weapon though, the dash-in is great, as you can move out of range of enemy attacks, charge your heavy, and wait for them to whiff their attack before punishing them with your own, following up with a few light attacks before dodging away. That's great.

Of course, the range of heavy weapons which you can throw or fire are way better, but have their own drawbacks…

In order to master the combat in Immortal Rogue you'll want to take note of how fast your weapons are, how long the heavy weapons take to recharge, and of course, the range. It's so important.

This is your fast attack which does little damage but is incredibly effective. You'll spend a lot of time dodging in and out while tapping away to use the light attack.

Your standard weapon is fine, but upgrading to a better one is recommended. Early game, the Cutlass offers a boost to range without being too expensive, and works well when slaying enemies.

Of course there's a variety of light weapons available, and you'll quickly get used to them, as it'll be a move you use often.

Heavy attacks are much more varied. Your standard heavy attack is useful, but there's many more to look at.

For example, the Crossbow fires a powerful bolt, but the bolt must be picked up before the crossbow can be fired again. Given that you're firing it into enemies, that's difficult to do all the time.

Other heavy weapons can be thrown, and must be picked up. Also awkward. Luckily you can get skills and bonuses which return thrown weapons to you, or drag in nearby items from a longer range. Your costumes can also have useful abilities, which can make these drawbacks easier to deal with. 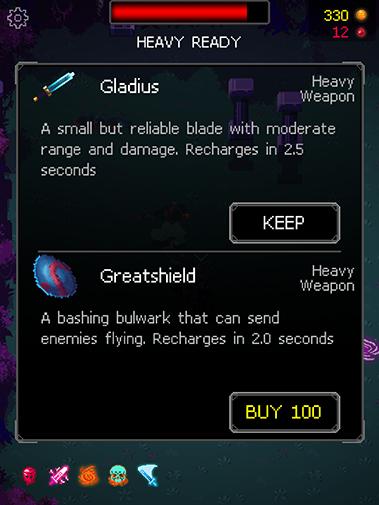 You must look at all of the effects that costumes carry with them. Some will give you more health, while others may give you a shorter cooldown timer on your heavy attacks. Use the ones which will benefit you most.

Of course, having enemies explode, doing extra damage, and other offensive skills you can earn will definitely improve your combat potential, but also think about your defence.

Skills which give you health back and increase your dash are incredibly useful for survival and, well, you might be immortal, but this is still a roguelike.

The madcap Steampunk Idle Spinner gets a whopping new update