Bleed them all dry in Immortal Rogue

In case you can't tell from the title, Immortal Rogue is about an immortal warrior, and it's a roguelike. No surprise there, huh? But unlike many roguelikes, you'll be carrying over your story and upgrade progress, in a weird way.

You'll be able to get permanent buffs, and your death doesn't mean starting over from the beginning, as the world keeps turning without you in a savage cycle only you bare witness to.

It's got fun, slashy gameplay and dozens of stages and enemies to fight through. Sounds good, right? Well we've got a bunch of tips to help you get started and get upgrades fast.

Upgrades will help you greatly as you progress through this game, so grab them while you can and you'll progress fast. 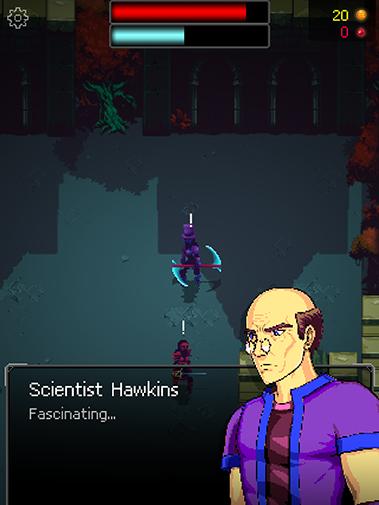 The essential currency you need to progress and become stronger in Immortal Rogue is blood. Blood literally drips from enemies and can be picked up off the floor. Uh, just make sure not to get the collectible blood confused with the blood animations from enemies.

When you die, blood becomes a tool for improving the power of your character. You will use all of the blood you earned to put in place permanent buffs, such as characters that can assist you, with gold or equipment, and new weapons.

You'll quickly notice though that the amount of blood you'll need goes up fast. Also, many of the characters you can recruit have missions assigned to them.

A good idea is to always opt to turn the character you're hunting so you can recruit them and have them as an ally, offering bonuses as you begin battles. They take some effort to unlock, but it's worthwhile.

You can earn more blood by picking certain bonuses after finishing stages, and if you want some help early on, it's recommended to stock up on as much blood as possible as early as possible.

1
Upgrades for the future

Once you've stocked up on blood, it's a case of deciding which characters to unlock. Well, pick one, and focus on them. Dispersing blood to each unlockable slowly will only hinder your progress.

Characters are immediately helpful, so just invest in the cheapest ones, dispersing any leftover blood to other characters, or cheap weapons, if you want them badly.

Once your team starts to get built up, you'll find blood coming much more easily.

You can unlock weapons at the end of stages with blood, but another option is from shop vendors at the ends of stages.

Once you clear out all of the enemies, approach the white bag for a shopkeeper to rise from the grave and sell you tools or weaponry.

This requires gold, not blood, which you'll pick up in stages. Enemies will drop it, but you'll get larger bursts from bosses or chests you can open in stages, so look out for them. 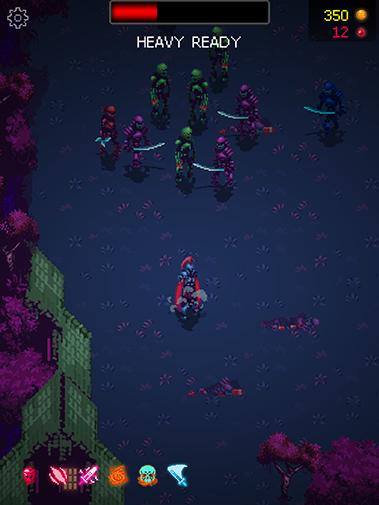 This is simple really, only pick skills and equipment which compliment your fighting style.

For example, many skills only relate to thrown heavy weapons — if you don't have a heavy weapon you throw, well, that's not going to be of much use.

Your costumes also come with bonuses, such as quicker heavy recharge time, more health, and more. Choose wisely, and pick the bonuses which are going to help you play to the best of your ability.