The massive success of the mobile games business has led some smartphone manufacturers to conclude that there's an untapped market for gaming-focused phones.

Each of the Razer Phone, its recent follow-up, and the Asus ROG Phone have differentiated themselves from the pack with gaming-focused features like high refresh-rate displays and additional controls.

The Huawei Mate 20 X takes a slightly more prosaic approach. It looks and handles much like an ordinary Android flagship phone, but it's got a ridiculously big screen and one of the fastest processors around.

Is this brute force method enough to make the Huawei Mate 20 X your next gaming phone, or is it just a big old disappointment?

People don't tend to use the term 'phablet' quite as much as they used, because almost every phone these days is big. But the Huawei Mate 20 X practically demands that the word be dragged back into usage. It's a true giant among phones.

Believe it or not, the Huawei Mate 20 X wears its size quite lightly, thanks to a bezelless front and an alluringly shiny yet grippy back. It doesn't look like the ogre you might assume it to be. 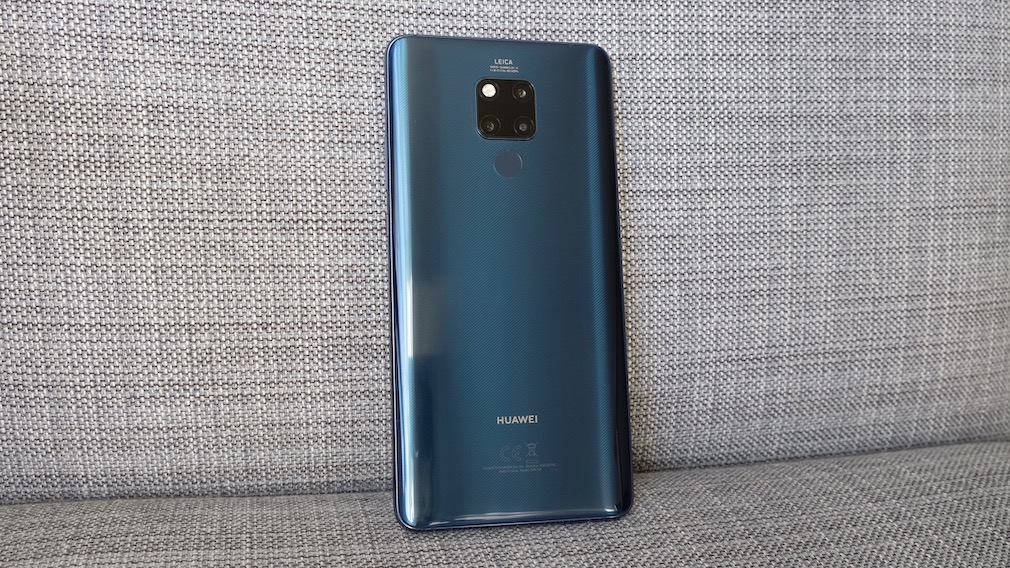 It helps that there are very clear reasons for the Huawei Mate 20 X's extreme size. The most obvious is its 7.2-inch display, which is flippin' massive.

Again, I feel the need to strike some comparisons here. The aforementioned Samsung Galaxy Note 9 and iPhone XS Max have 6.4-inch and 6.5-inch displays respectively. Heck, the bulky old Nintendo Switch is a whole inch smaller at 6.2-inches.

A resolution of 1080 x 2244 (essentially 1080p or Full HD) might not sound that sharp, but the benefits of a full QHD resolution are limited unless you're intent on mobile VR gaming. And who's intent on that anymore?

More importantly, it's an OLED display, so while it doesn't have the super-fast 120Mhz refresh rate of the Razer Phone, it's way more vibrant. 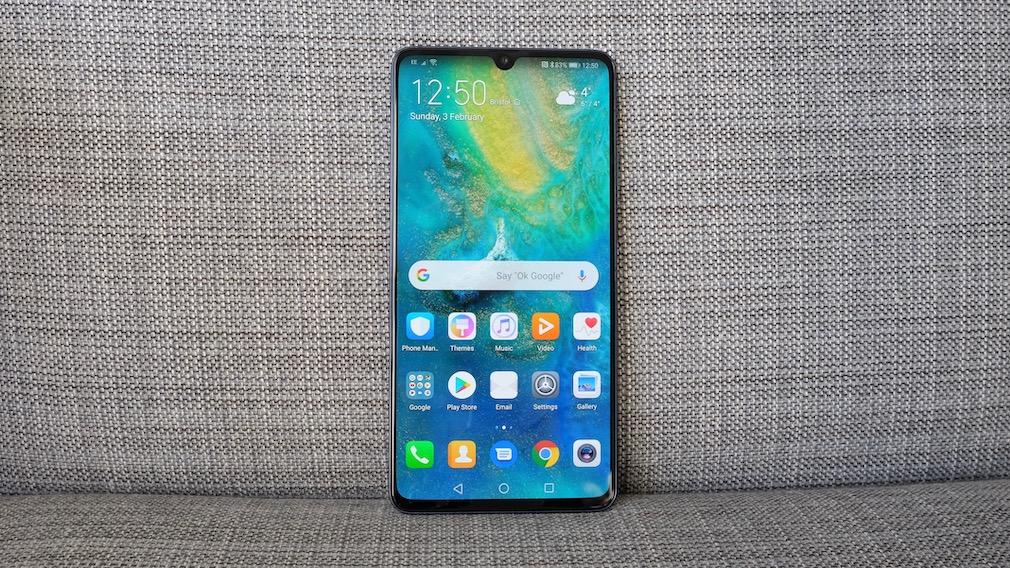 There's a notch here, but it's of the minimal teardrop variety, so it's way less invasive than the iPhone XS/XR or the Huawei Mate 20 Pro.

A special mention for the Huawei Mate 20 X's stereo speakers, which are a must in any phone with gaming pretensions. It's a shame they're on the extreme edges rather than front-firing, though, and their placement to one side means you should really only do your landscape gaming with the notch to the right, lest you cover the speakers with your hands.

On the plus side, there's a traditional 3.5mm headphone socket here. It's not like there wasn't any free space for it.

The benefit of that huge 7.2-inch display becomes apparent the instant you boot up a game. Any game, really. It doesn't matter.

Having 7.2-inches of screen space on which to play games is massive. On popular Battle Royale games like PUBG and Fortnite, you can see so much more of the action.

The larger canvass lets you spot bush-lurkers way more easily, while your thumbs and all those on-screen buttons have less of a distracting effect. Going back to my iPhone X after a week with the Mate 20 X felt like a major step back for advanced games like this. 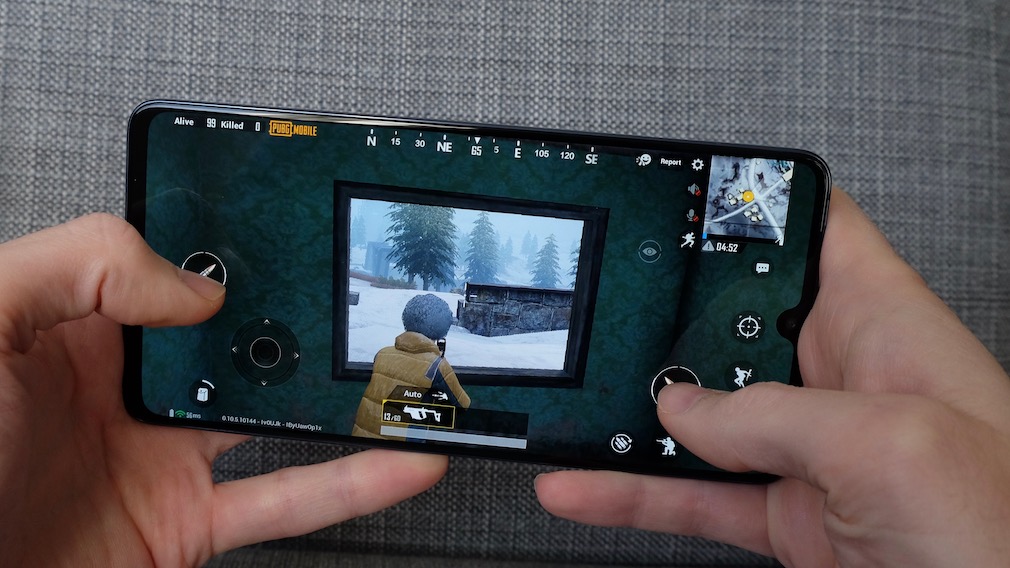 Zoomed-out strategy games like Kingdom Rush also benefit from the extra space, reflecting the Mate 20 X's tablet-like dimensions (though its stretch out 18.7:9 aspect ratio ensure the experience isn't exactly alike). There's much less of an effect on simpler fare like Super Mario Run, but it still looks and plays great at these blown-up proportions.

Everything moves swimmingly too, courtesy of a speedy Kirin 980 CPU. This is made to the same tiny 7nm process as Apple used in the iPhone XS's A12, which is part of the reasons it outperforms the more common Snapdragon 845 in most benchmarks.

Suffice to say, I was able to play PUBG, Fortnite and Asphalt 9 on High settings with no issues whatsoever. This thing's a beast.

It's just a shame that all this power is filtered through the clunky EMUI. Huawei's custom UI is perfectly functional, but it's nowhere near as slick or nice to use day to day as stock Android, or even many of the less heavily modified rival UIs on the market.

The flagship Huawei Mate 20 Pro impressed a lot of people late last year with its triple camera smarts, and the Huawei Mate 20 X is similarly accomplished.

It's a very flexible snapper, with three physical focal lengths (40-megapixel wide-angle, 20-megapixel ultra wide-angle, and 8-megapixel telephoto) and a whole bunch of smart modes and settings for shooting in a range of conditions. That includes a night mode, which can pull out light and detail where most other phone cameras would only find a fuzzy mess - provided your subject keeps fairly still.

An optional AI shooting mode, meanwhile, can identify the exact scene you're shooting and render assistance. Sometimes this means exaggerating certain colours a little too much, but it's generally a useful system. 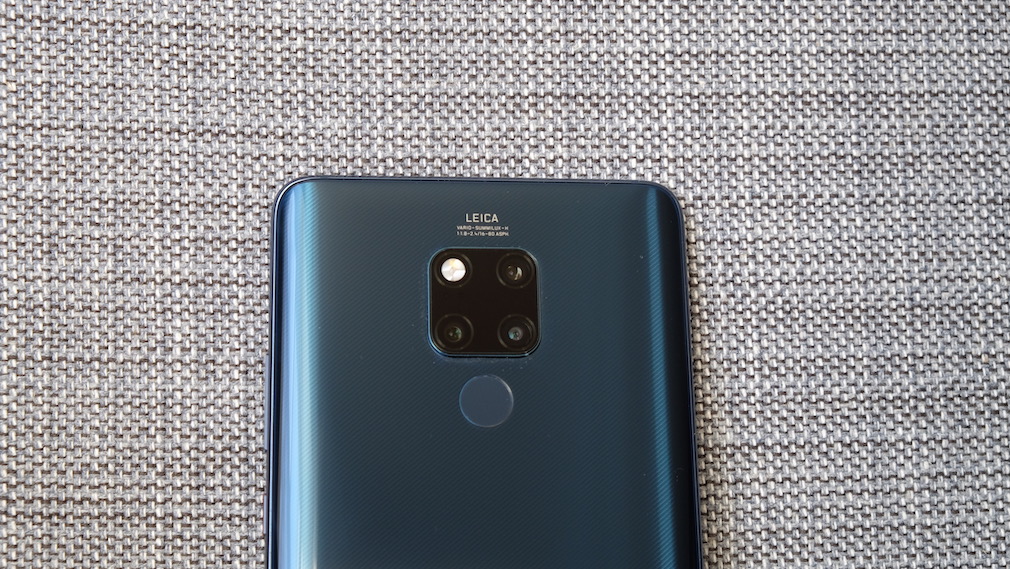 There's also a 24-megapixel selfie camera if that kind of thing matters to you. It's fine at what it does.

Far more interesting for gamers, however, is the Mate 20 X's phenomenal battery life. Huawei has used the extra space afforded by that huge display to cram in a 5,000mAh battery. That's the kind of spec we used to see on tablets.

Of, course, such a huge display saps more power, but this component is still going above and beyond the call of duty. It means that you can get genuine two-day usage out of the phone in normal conditions.

It also means that serious gamers can embark on an extended session and still get through to bed time without having to find a spare wall socket. It's truly impressive stuff.

Huawei Mate 20 X doesn't have the flashy features or hardcore gaming credentials of the Razer Phone 2 or the Asus ROG Phone, but it's a very tempting pick for dedicated mobile gamers nonetheless.

It's got the biggest display you've likely seen on a mainstream phone, which has a genuinely transformational effect on many high-end games - particularly those competitive multiplayer games that require eagle eyes.

The Mate 20 X has got the hardware to back this larger than life component up too, with some of the best performance available on a non-Apple smartphone. Meanwhile its huge battery lets you hit the games hard without worrying about running short of juice.

It's not a perfect phone by any means, though. The Mate 20 X is uncomfortably big and unwieldy, while Huawei's custom UI falls well short of both the stock Android and iOS experience.

At less than the £800 the Mate 20 X costs you can get a much more elegant and balanced smartphone experience (the iPhone XR, the OnePlus 6T and the Pixel 3 to name just three). But you won't get quite the same big screen experience.

It's unwieldy in a number of day to day ways, but the Huawei Mate 20 X offers a temptingly huge gaming canvass and the hardware punch to back it up
By Jon Mundy
| Feb 4, 2019 |
Android

Xbox Live could be coming to mobile and Switch soon