PGC London 19: We revisit The Horus Heresy: Legions to see how far the game's come since launch

It's a long way

We really liked The Horus Heresy: Legions when it first came out. It was a more mobile friendly card game than the likes of Hearthstone, with a focus on quick action, sharper battles, and giant stomping meta-humans with a well deserved superiority complex.

Since then the game has come on in leaps and bounds. There's new content added to it on a regular basis, and if you're a fan of the lore of Games Workshop's gothic, miserable future, you're going to want to check it out. New legions are added on a regular basis, and they have their own play styles that complement the cataclysmic galactic civil war narrative that lies at the heart of the game.

The Alpha Legion, for example, use stealth and infiltration tactics that allow them to mess around with the opposition's deck. It makes them a tricksy opponent, and means that when you're playing against them you're never quite sure that your own plans are going to come to fruition.

That's just one of the new factions on offer. They're all designed to reflect the fictional heroes and villains they're based on as well - strategies that were successful in the massive range of books might just pay off here as well if you use them wisely. 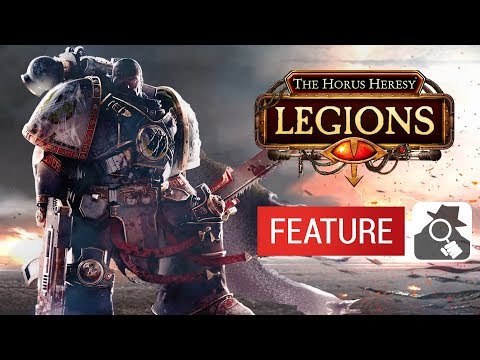 There's more to discover as well, from different warlords with different special moves, to special pieces of weaponry and hardware that can change the course of a battle if you use them wisely.

You've got challenges in the game now as well, and completing them gives you some great rewards. One of them needs you to keep healing the enemy warlord in order to deal massive amounts of damage to them. It's things like that, that shuffle around the mechanics of the game, that show this is a card game that's not afraid to experiment.

That experimentation extends to how players interact with the meta of the game. Certain events unlock cards, but it's up to you to choose which faction to back. There'll be two cards to choose from, and two sides to the event, but only one of them is going to come out on top and be included in the game. 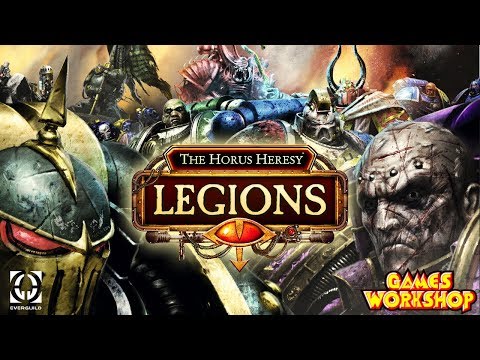 And this is just the tip of the iceberg. Here's everything that's been added over the game's life -

There's also a PC version on the way, and even more content for long-term players to get their teeth into. If all of this sounds like it's enough to get you to give the game a try, you can click here to pick it up for iOS, or smash a click right here to get it from the Google Play Store.

Want more? Check out our growing collection of The Horus Heresy: Legions articles!