There was a time when mobile fighting games were all about compromise, the developer’s remit to dilute the versus brawler formula and retool it for the midcore market. Punches were always pulled, but that was before Shadow Fight 3 emerged from the shade.
Nekki’s all-punching, all-kicking powerhouse has revolutionised the genre on tablets and phones, bringing fight fans the closest thing they’ll find to an original brawler in the mould of a home console title on the app stores. One year on from the game’s initial release, it’s still churning out new content, and here are the main ways it has shaken up its category. 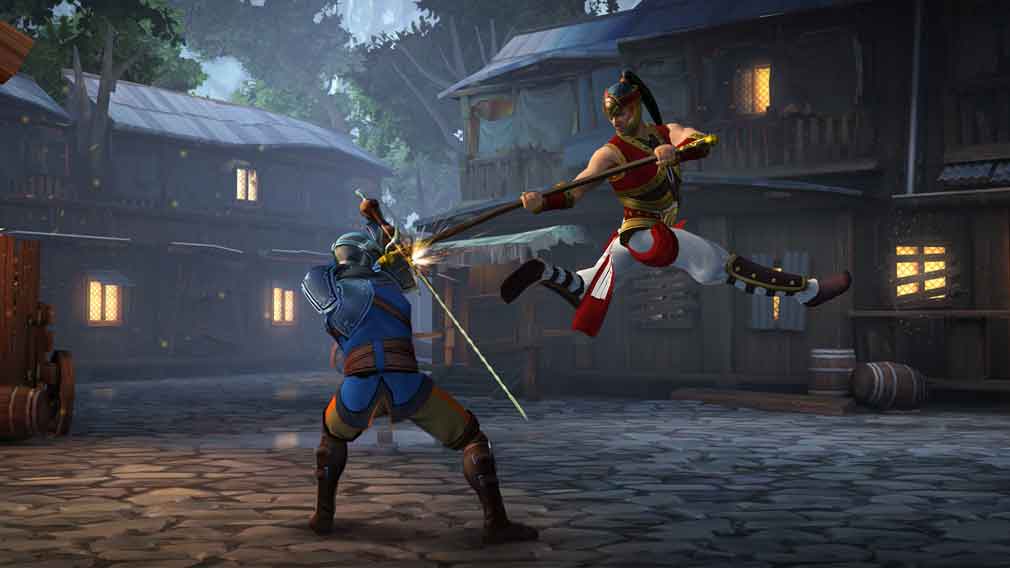 Shadow Fight 3 has redefined expectations when it comes to how a real-time mobile fighter should look and feel. From its lifelike character models, to its eye-popping 3D environments, everything about the game is bursting with blockbuster quality.

Capcom, one of the market leaders in the brawler category, has been trying to deliver a console-quality Street Fighter IV on mobile for some years, with mixed results. The latest iteration of the legendary fighter on iOS and Android, last year’s Championship Edition, is an updated version of the game it rolled out on iPhone back in 2010, and while it succeeds in scaling down SFIV’s blueprint for touchscreens, it still feels like an eight-year-old title.

Even when compared to a more recent console adaptation like Tekken Mobile, Shadow Fight 3 is cutting-edge, and this is thanks to the heavy-hitting physics engine at its heart, Cascadeur. This piece of tech has enabled Nekki to produce realistic combat animations without the use of motion capture, and the result is a true console-grade experience.

Although Shadow Fight 3’s combat is explosive at times, there’s method to its madness. The game is steeped in lore and delivers a narrative kick between bouts. It tells a story of warring factions, three-dimensional heroes (literally and figuratively) and a dark power with the potential to change the world for the better, or perhaps even destroy it.

This story twists and turns as players work their way through Shadow Fight 3’s core battles and side quests, giving it the kind of substance rarely found in the mobile brawler dojo.

Games like Street Fighter IV Championship Edition and Tekken Mobile might feature recognisable characters with detailed backstories, but let’s face it: they’re mostly about swiping and tipping at the screen until your opponent is out cold.

Shadow Fight 3 is a more ambitious offering in which the overarching narrative holds almost as much weight as the combat mechanics. And it’s a tale that continues to unfurl and develop - it’s sixth chapter “Heart of the Legion” was only released in October.

Concessions are inevitable with mobile fighters, since physical controls are a better fit for sophisticated combos than touchscreens. Developers have taken various approaches to solving this interface conundrum over the years, with some sacrificing real-time gameplay for pre-rendered animations and others introducing one-button special moves.

Shadow Fight 3 makes all of the right concessions. It uses a responsive virtual thumbstick and a handful of unobtrusive, on-screen buttons while the Shadow Energy-powered special moves represent a streamlined alternative to punch-packing combos.

Taken at face value, this might sound like a watered-down take on the systems used by blockbuster console brawlers, but Shadow Fight 3 finds substance elsewhere, namely in the role-playing mechanics developer Nekki has woven into the game’s DNA.

Mobile fighters with RPG elements were not a new concept when the game touched down in the app stores. Several months before its debut, another console adaptation - Skull Girls Mobile - arrived on the scene with light role-playing components in tow.

Where Shadow Fight 3 differs, though, is in the depth of its RPG mechanics. The game is more of fighter-RPG hybrid than a brawler with role-playing aspects, as character customisation, levelling up, developing your fighting system and obtaining new equipment is an integral part of the experience, and the same can be said of its narrative focus.

Shadow Fight 3, which recently celebrated its one-year anniversary, is available to download for free on Google Play and the App Store

How to get an iPhone XS or iPhone XR for Christmas

The sparkling match-3 puzzler Paradise Jewel has arrived on Android