Gunship Battle: Total Warfare has splashed down in mobile seas

Plotting a course for iOS and Android

Developed by Oceans & Empires studio Joycity, the latest entry in the popular marine combat series has been designed from the ground up for mobile devices, complete with realistic visuals, and the action take place against a modern backdrop. 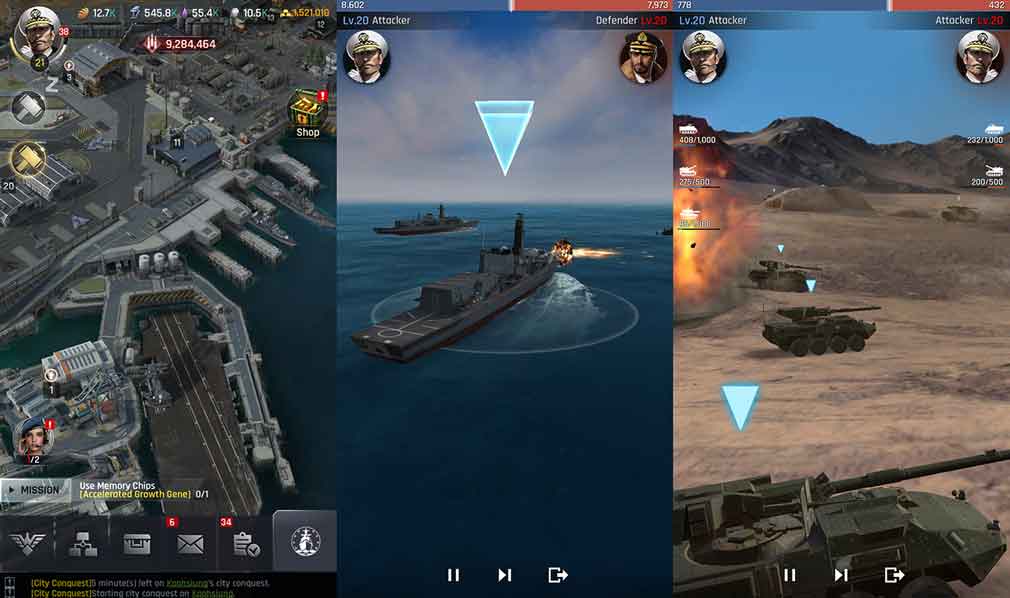 Players are tasked with building and maintaining naval bases while directing land, sea and air units, devising tactical manoeuvres and researching military technology. They even get to take direct control of their army, navy and air force in real-time skirmishes.

As a military leader, you will spend your time strategising, forging global alliances and fighting for mankind’s future freedom.

If co-op campaigns and online multiplayer is what floats your boat, Gunship Battle: Total Warfare won’t disappoint as there’s a team-up mode so players can wage war alongside their real-life comrades, and a competitive mode for going head to head with them.

Subscribe to Pocket Gamer on
Gunship Battle: Total Warfare is available to download from Google Play and the App Store right now. For more information head over to the game’s official Facebook page.
Also be sure to check out the game's official YouTube channel for even more footage.