Fire Emblem Heroes’ version 3 update arrived today, bringing big changes to Nintendo’s hit mobile game, including the next book in Heroes’ ongoing storyline. On top of the extended narrative, the update introduces new Mythic Heroes, a Hero Fest, and a whole bunch of other goodies.

Book III of the story is now available, with the order of Heroes facing off against a new enemy from Hel. Players who complete Chapter 1: Part 5 of the third book will get 5-star Mythic Hero Eir: Merciful Death. These new characters are drawn from the godlike characters from throughout the Fire Emblem series. They each have special abilities that players can unlock in Aether Raids. 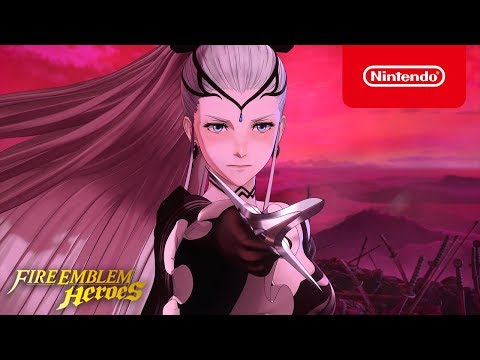 Subscribe to Pocket Gamer on
To celebrate the big news, Fire Emblem Heroes is hosting a few events, including a Hero Fest that will increase the appearance rate of 5-star focus Heroes by 5% until December 17. Players are also being treated to a Log-In Bonus—you’ll receive Orbs up to 10 times through December 31 when you open up the game. In case you get lost on what heroes to play with, consult our FEH tier list!

The update adds a whole bunch of other smaller, technical features. You can see the full patch notes here.

Super Smash Bros. Ultimate cheats and tips - How to play the neutral game