Golf Peaks is a sport-themed puzzler and the debut release from indie studio Afterburn. It’s just launched on iOS devices and you don’t need to be golfing aficionado to join the club.

The game was designed by a small team over five months with accessibility in mind. You can play one-handed on your iPhone, the visuals are charming and minimalist and, although golf was its core inspiration, zero knowledge of the sport is required to partake. 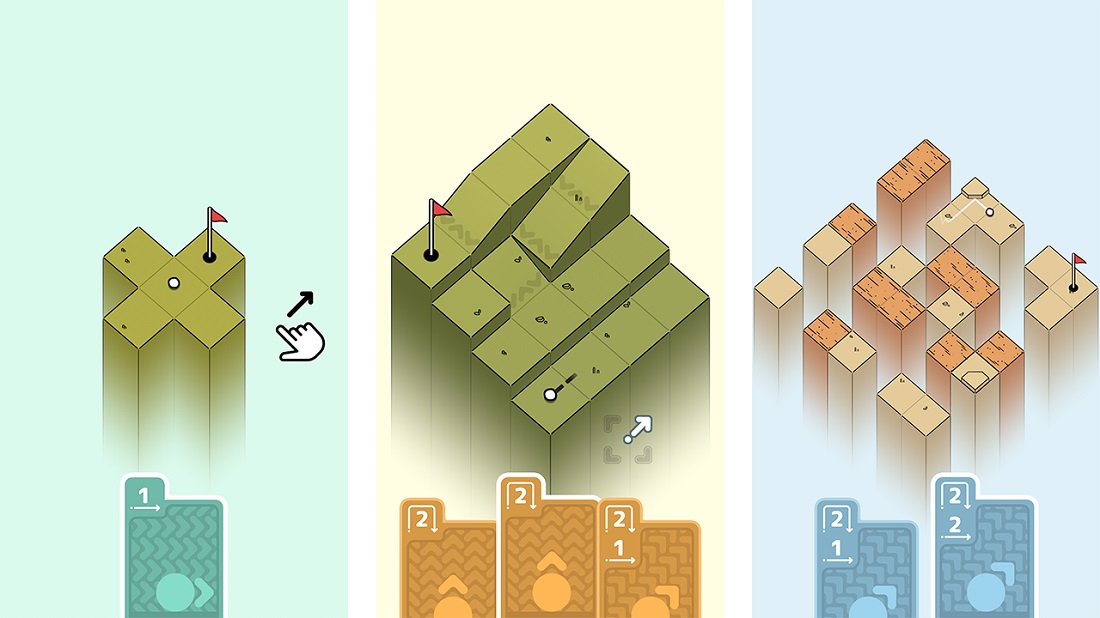 Also available on PC, Golf Peaks is a pint-sized puzzler in which players scale mountains by playing golf, using cards to move the ball along. There are more than 70 levels to play through across six worlds and mini-golf-themed multiplayer bouts on top of that.

Afterburn’s debut game has already earned critical acclaim prior to its launch, having been named as the winner of Pocket Gamer's Big Indie Pitch in GIC Poznan last month.

Golf Peaks is available to buy from the App Store for £2.99 and there are no in-app purchases or ads after that.