Here we are again, friends, at the beginning of another week with another set of sales to work through. Whatever you're in the mood for, from Kingdom New Lands to Rayman Jungle Run, here's what's currently on offer across Android and iOS.

Maybe you just don't know what you feel like at the moment and that's okay. It could be that you're not looking for anything, but once you stumble across a particular title buried in this list you simply have to jump on it. Or, maybe nothing will jump out at you, in which case your wallet will be happier at least.

Let's have a look, shall we?

Yep, it's here again and knocked back down to free to play. Have a good ol' go with the series' original and start off your entrance on a high note. Hire units, place them strategically on the battle field, and hope you've done enough to fend off the attacking enemy army over 60 levels. If you fancy it, you can also go up against a pal to see who's better at strategy games. 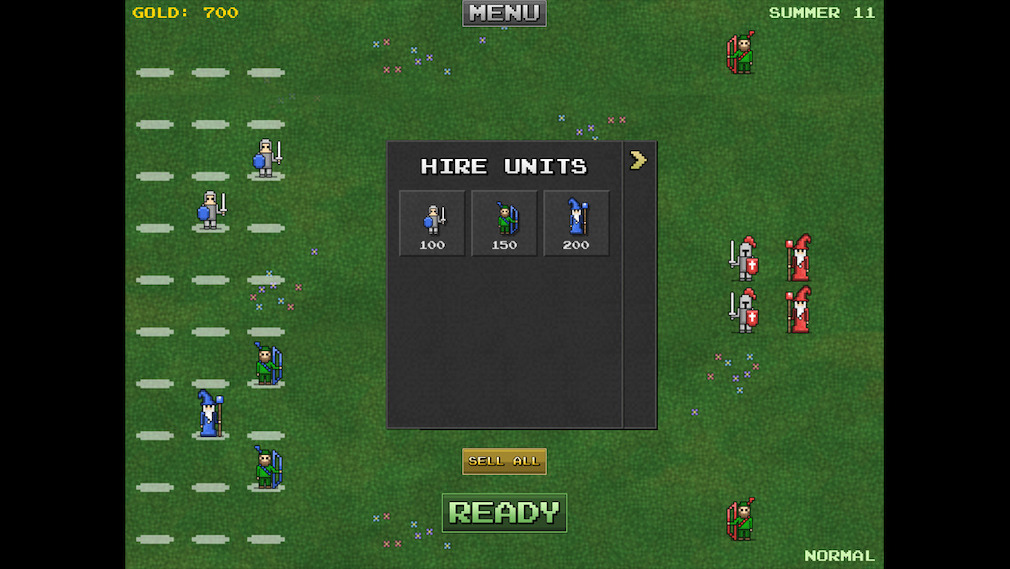 Alright, so the game isn't the most expensive thing to begin with (59p/99c) but now you can get poppin' for nothin'. Ahem, excuse that. In BS2, you need to defeat the invading legions floating in towards Monkey Town using careful tactics and a variety of weapons. It's easy to control, colourful, good for all skill levels, and gives you over 90 levels to work through. Talk about a bargain.

Solve a bunch of interesting challenges and enjoy a wonderfully crafted story in this point and click puzzler. When Emil comes into the picture and threatens the flute-noses' way of life, it's up to Robert to save the day. Along with Peck and Laura, Robert's got a lot to learn in this striking sequel and not all of it will be good.

Besides being utterly gorgeous, Kensho is a curious tile-sliding puzzler where you need to match blocks and figure a way through various challenges. You've got 11 levels to complete, each with different features and environments to accompany you, with rich visual effects and a lovely soundtrack. It's got substance as well as style, that's for sure.

This side-scrolling strategy game may look simple, but don't be deceived. As the ruling monarch of the new lands you find yourself on, you need to build, hire, and defend your growing civilisation by thinking and planning ahead. It isn't an invading empire that threatens you though, but rather a portal of blood-thirsty demons that want to devour everything in their path. Though it'll be straight forward at first, just wait until you pitch up on a few more lands.

You might have encountered this game before in another form, it is a pretty big essential in indie gaming after all. You see, it's awfully clever with such a simple concept. It's all about pressing buttons in the right way, but there's no one solution overall. With over 30 possible endings, some good and some bad, there's lots to play around with in this clever puzzler.

You remember Rayman right? Well, its mobile games are surprisingly slick and two of them are currently on offer for barely a quid each. In Jungle Run and Fiesta Run, you need to help Rayman navigate his way through winding levels, collecting Lums, taking out bosses, and trying to pick up the highest score possible. If you're a fan of Rayman, smooth platformers, or both, don't hesitate in grabbing these.
Fiesta Run - iOS / Android
Jungle Run - iOS / Android

Honestly, if there's a turn-based tactical shooter you need in your mobile games library, it's SteamWorld Heist without a doubt. Manually aim the guns of your character to deal damage to enemies and maybe even pull off some awe-inspiring trick-shots. Board ships, blast your way through them, and reap the rewards of your labour just for good measure. Oh, and don't forget to upgrade your team with new weapons, abilities, hats, and more.

9
Toby: The Secret Mine

Toby might be a bit of a mashup of LIMBO and Badlands, but it's an interesting platformer to play on the go. As the name suggests, you head out with Toby on an eerie adventure to save his friends, but find that the path is much more dangerous than you originally anticipated. Though it didn't get a great review from us, you might find it more enjoyable, especially at this price.