Maximise your War of Genesis experience by becoming an ambassador today

The War of Genesis has proven itself one of those MMORPGs that’s not likely to slow down. Having recently soft-launched in the Philippines, India, and Malaysia, following successful rollouts elsewhere, a new ‘Global Ambassador Program’ for the game has been announced - offering players who live and breathe The War of Genesis the chance to share their experience of the game, and receive exclusive in-game rewards. 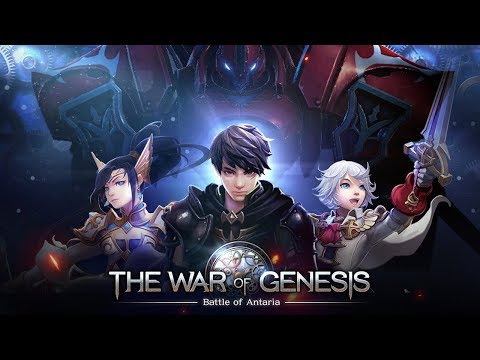 Becoming an ambassador means you get to produce game-related content such as reviews, guides, and challenges, between November 21st to February 20th 2019, for each territory’s respective YouTube channel. The number of ambassadors will range between 10 and 20 for channels in Indonesia, the Philippines, and English-speaking markets for the time being.

The War of Genesis will be accepting applications for its ‘Global Ambassador Program’ between November 7th - November 18th, and the list of selected Ambassadors will be announced on November 19th - November 20th. Rewards for being an Ambassador include a generous amount of game currency issued monthly, official game merchandise, and various other benefits soon to be announced. 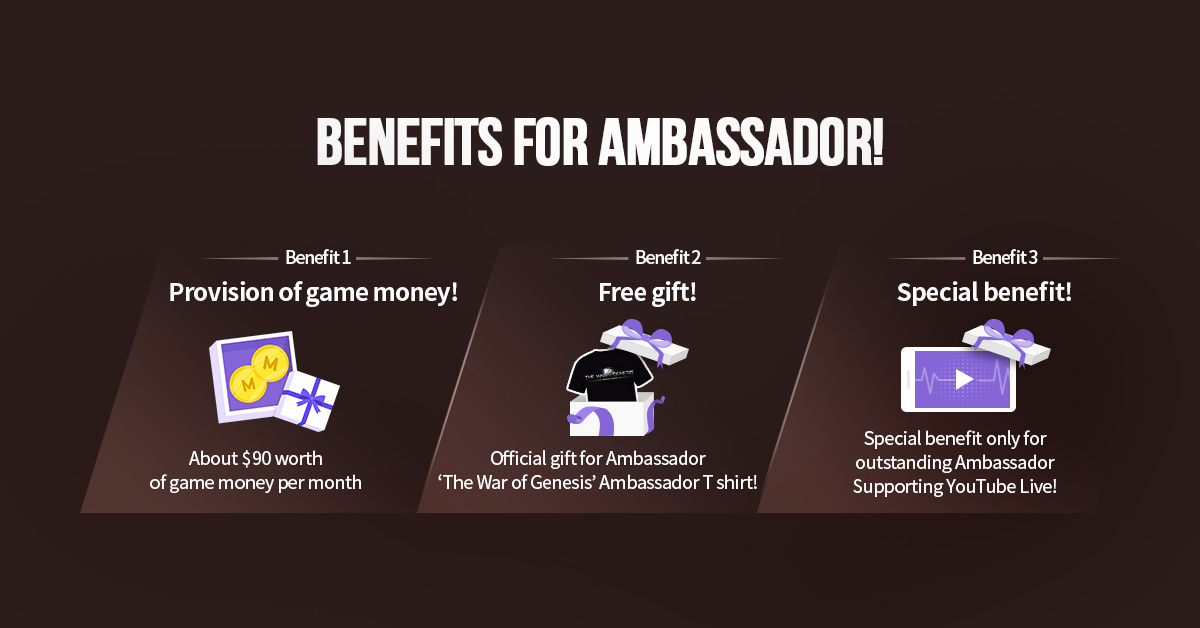 Having amassed over 2 million pre-registered applicants ahead of its Korean launch, The War of Genesis is shaping up to be a massive hit around the world once it makes its global debut. So if you think you’ve got what it takes to provide its fans with exciting and fun content, make sure to submit your Global Ambassador application right away.

Native English-speakers can submit their applications here, whilst those based in the Philippines can apply here, and Indonesian fans here.

For all the latest War of Genesis news, be sure to check out the game's official Facebook page.

Want more? Check out our growing collection of The War of Genesis news stories!