It's high-times for fans of the hit game Hempire, as LBC Studios introduces a seasonal twist to its weed-themed farming app with a Halloween update full of spine-tingling new features.

The ‘Hempy Halloweed’ expansion is packed with spooky content, including visual upgrades, new missions and special promos, all of which comes with a horror-style twist.

Seasonal items including the Haunted Bush and the Grim Smoker are back, so you can spook up the neighbourhood, and the add-on comes with 15 new filler quests from Uncle Danny. 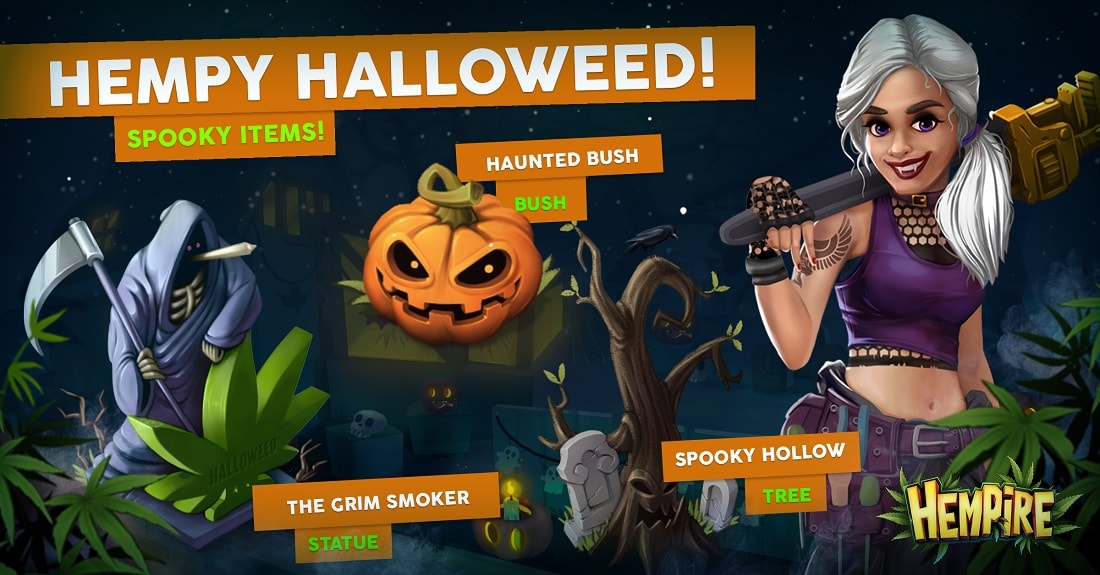 If you head on over to the Offer Wall, you’ll find new special promos which pay out hundreds of diamonds, and that’s not all - there are cosmetic improvements too. To celebrate the Season of the Witch, icons, loading screens and in-game artwork are given a spooky makeover.

Developer LBC Studios has also taken the opportunity to refresh Hempire’s user interface so it doesn’t go to pot on newer devices. It’s now optimised for widescreen and notch displays.

If you’re yet to discover Hempire, it’s a cannabis industry simulation game which challenges you to become the Heisenberg of weed. You’ll sow seeds, bake goods, grow partnerships and rise up through the ranks of the canna-business.

The mobile game, along with its ‘Halloweed’ update, is available to download from Google Play, the App Store and Amazon for free.

Join the world's biggest weed game and community by following @HempireGame on Twitter/Facebook/Instagram.

Here's everything you need to know about Old School RuneScape Mobile