The skies the limit

Yesterday we let you know that Euclidean Skies is the new game we're the most excited about this week. Today we're going to make sure you know everything about the game before it hits the App Store on Friday. Why? Because we want you to be excited about it as well.

So, we're going to break down all the ins, outs, and more of Euclidean Skies to make sure that we're all on the same page. If you're looking for info about the game, then you've definitely come to the right place.

And our amazing content isn't going stop here. Join us again tomorrow when we'll be looking back at the original Euclidean Lands and seeing how the time since it came out has treated the block-sliding 3D puzzler.

You might have some questions that we don't answer here, but that's okay. Let us know in the comments and we'll make sure to do our best to find out what's what for you.

What is Euclidean Skies?

Euclidean Skies is the sequel to the really rather incredible Euclidean Lands. It was one of those games that some people tarred with the Monument Valley-clone brush, but that simply isn't the case. Both games owe as much to the Go series as they do usTwo's classic. Even that's doing them a disservice though.

There's action here, as well as perspective-based puzzles to solve. You're going to be twisting and turning platforms, going up against angry guards, and trying to make a path from A to B when it looks impossible.

When we reviewed the original we called it "a bright and brave puzzling adventure that takes ideas from the best while still adding its own," and gave it a Gold Award. Click here and you can check out the rest of that review.

How much is Euclidean Skies going to cost? 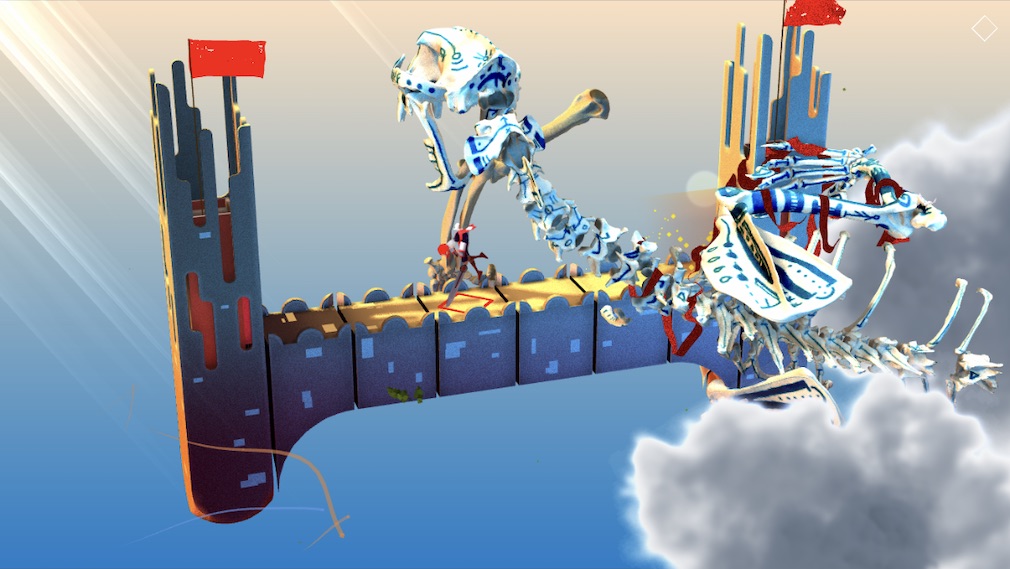 There are no IAPs in the game though - it's premium through-and-though, so you're not paying more than once. It's an interesting payment scheme, and if you want to order the game ready for its release on Thursday, you can do it by clicking right here.

Do I need to have played Euclidean Lands to understand Euclidean Skies? 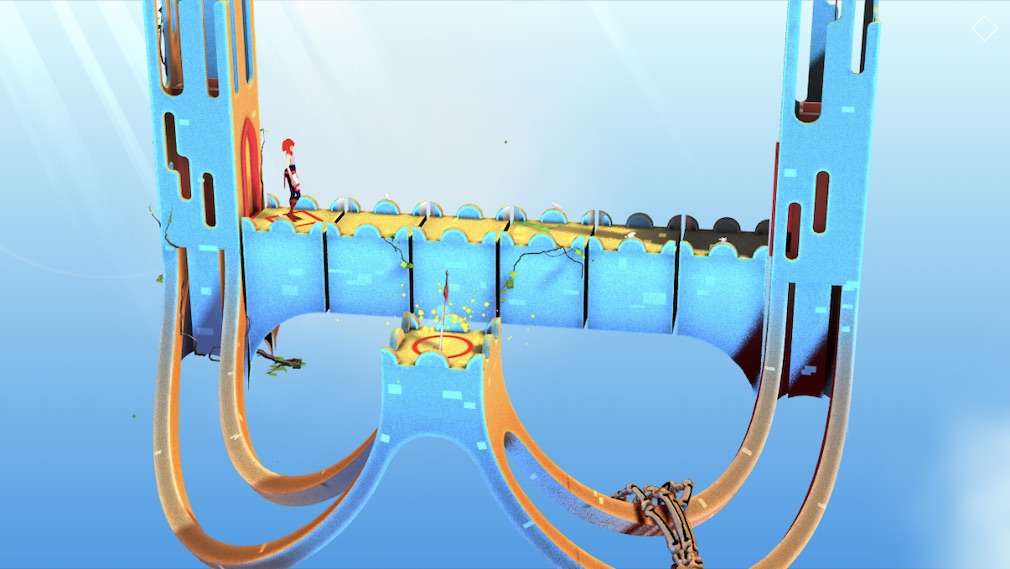 Nope, not at all. While the two games share similarities, Euclidean Skies walks you through everything you need to understand to play. That's not saying you shouldn't play the first game, mind, since as we mentioned above it's really rather brilliant.

By the same token you're not going to be missing out on anything if you don't. If you want to grab Euclidean Lands from the App Store though, you can do it by smashing a click on this link here.

What devices can I play Euclidean Skies on? 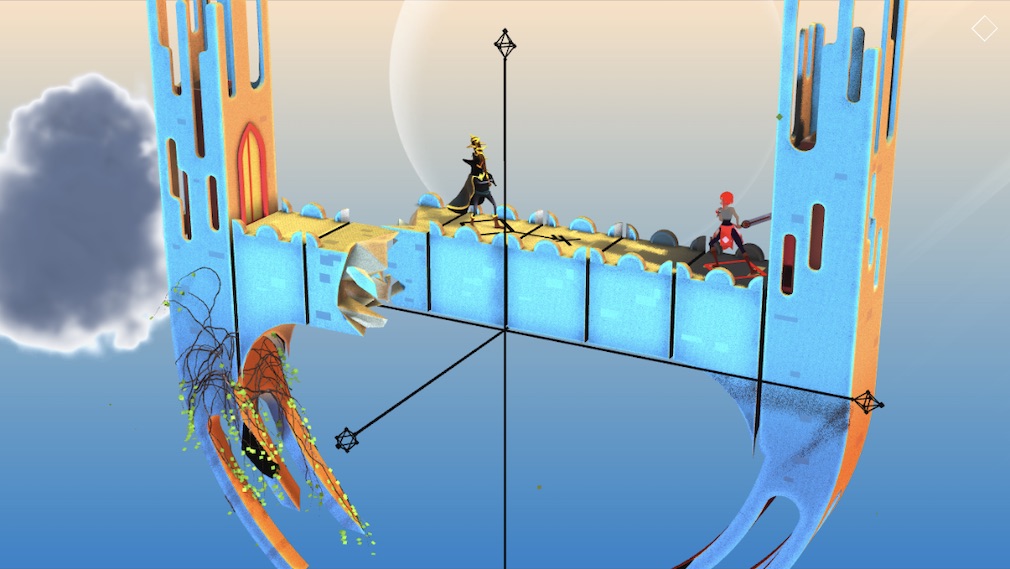 You'll need an iOS device with at least 350MB free to play the game. You're also going to need to be running iOS 11 or up, so if you can't get that, you're out of luck. The game is universal though, so you can play it on iPhone, iPad, or iPod Touch.

The game also features some pretty amazing AR tech, which essentially makes castles hover about your living room. Obviously the more powerful the device you're playing it on, the better that AR is going to work. iPhone X and XS users are going to want to get this one to show off what their posh blower can do.

Is there anything else I should know about Euclidean Skies?

The AR is entirely optional, so if it's not your cup of tea you can turn it off whenever you want. There are 40 levels for you to play through, with boss fights and achievements as well, so you can expect to be playing for a good few hours before you've seen everything the game has to offer.

That about covers everything you need to know about Euclidean Skies. But, like we said at the start of the article, if you've got more questions then feel free to ask them in the comments section below.

And make sure you come back to Pocket Gamer tomorrow when we'll be having a look back at what made Euclidean Lands so great.

Knock-Knock will have you checking for monsters this Halloween

What did YOU think about Euclidean Skies?