That turns out to be both a good and a bad thing. While it's instantly enjoyable, you can't help feeling there could and should have been more to it.

Smash Puck has you pinging a puck into other, larger ucks in a bid to send them careening into a hole. Exceed the move limit or putt the cue puck, and it's attempt over.

The game soon sets about introducing level furniture that complicates your path to the hole. There are rotating barriers, path-altering magnets, and even larger pucks that make themselves a nuisance.

These add essential variety and intrigue to a very familiar premise, but they also add frustration. In particular, World 3's magnets turn the game into a random, almost self-playing slog.

The real trickiness at the heart of Smash Puck, though, is the handling, which is way closer to air hockey than golf or pool. This means that your puck keeps on sliding with just the slightest of nudges.

Given the instant attempt-ending result of potting the cue puck - and the fact that the game waits a while after you've made your last putt - it's all too easy to ruin a good piece of cueing. 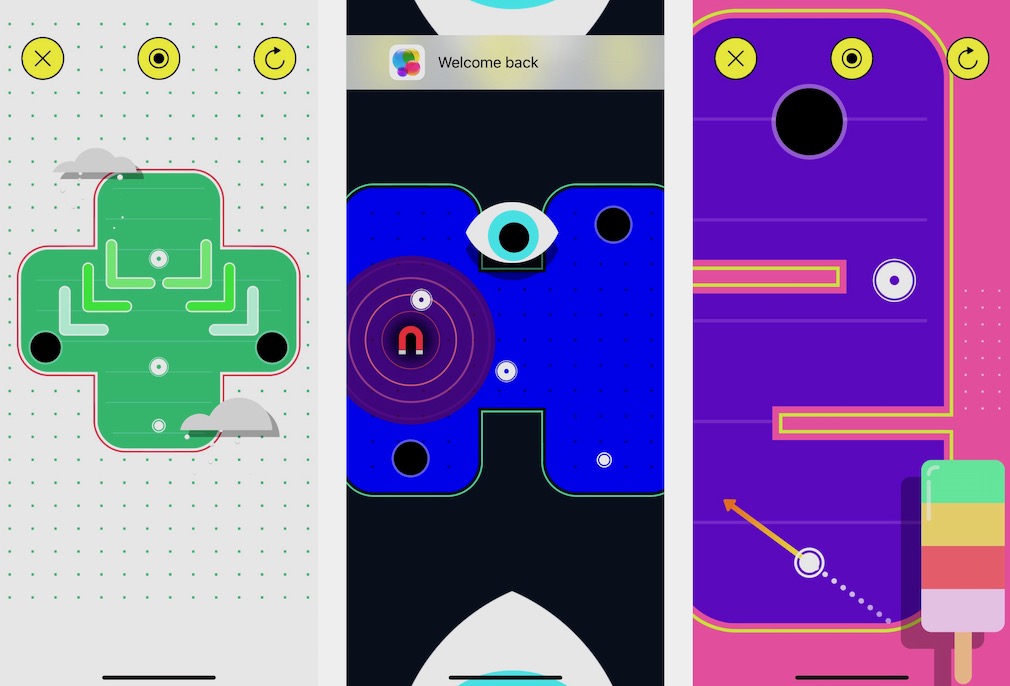 These various demands are exacerbated by a linear approach to level progression that leaves you stuck on the current conundrum until you nail it - whether through skill or luck.

The thing that will drag you through Smash Puck's exacting demands is its presentation. It looks lovely, with the kind of pop art colours and patterns you'd expect to see in a modern art gallery. It's lovely, and each world has a different theme.

Smash Puck is a handsome, slick physics-based puzzler with a premise that will instantly make sense to any mobile gamer.

It's a shame there aren't more truly fresh ideas in here, and that the levels can be so stiflingly exacting. It's also annoying how often luck plays a part in its solutions, for good and ill.

But if knocking circular things into holes is your idea of fun - and why on Earth wouldn't it be? - then few games do it with as much style as Smash Puck.

How football sim Pocket Club Manager was changed for the West