Reigns: Game of Thrones cheats and tips - How to stay alive as royalty

Ruling Westeros with an Iron Throne

When it comes to game where you play as a monarch - benevolent or otherwise - Reigns is one of the best. Being able to rule a country by flicking left or right on a touchscreen is a simplistic wonder.

And that wonder is intensified when the world is viewed through a Game of Thrones lens, where you'll be dealing with dragons, Winter, and Jon Snow.

The families of Westeros are always feuding and it's up to the one who sits atop the Iron Throne to deal with all of that - which is you, actually. Read on for the lowdown on how to play Reigns: Game of Thrones.

You can also take a look at our review here, in case you're not yet convinced… 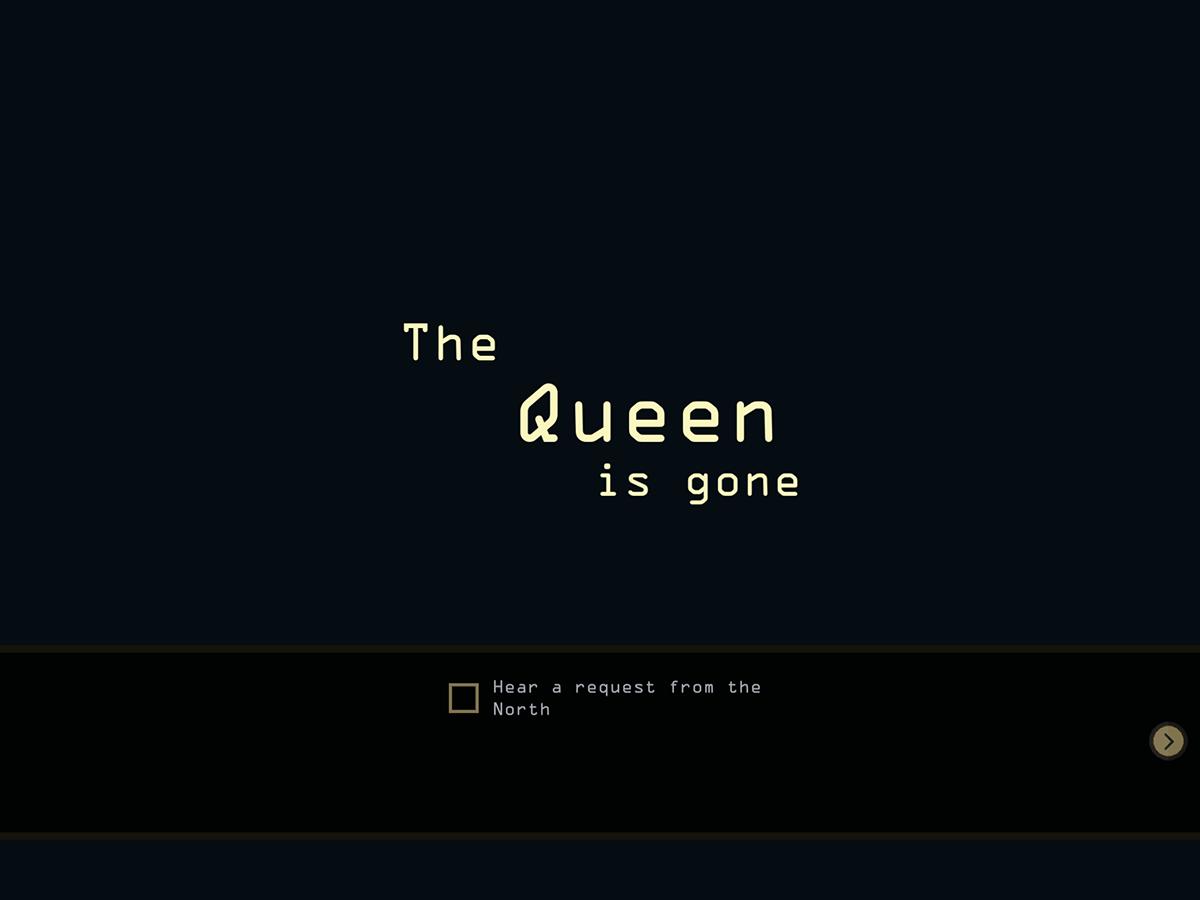 Want more? Check out our growing collection of Reigns: Game of Thrones articles!

The basic gameplay of Reigns plays out like browsing Tinder. Instead of choosing from a laundry list of replies or complicated flowchart conversations, you'll be swiping left or right.

That means you essentially get two replies to pick from at any one time, usually one to disappoint, and usually one to please whomever it is you're talking to.

Each of your responses will usually impact the stats at the top of the screen, which represent your military might, religious piety, popularity, and wealth. 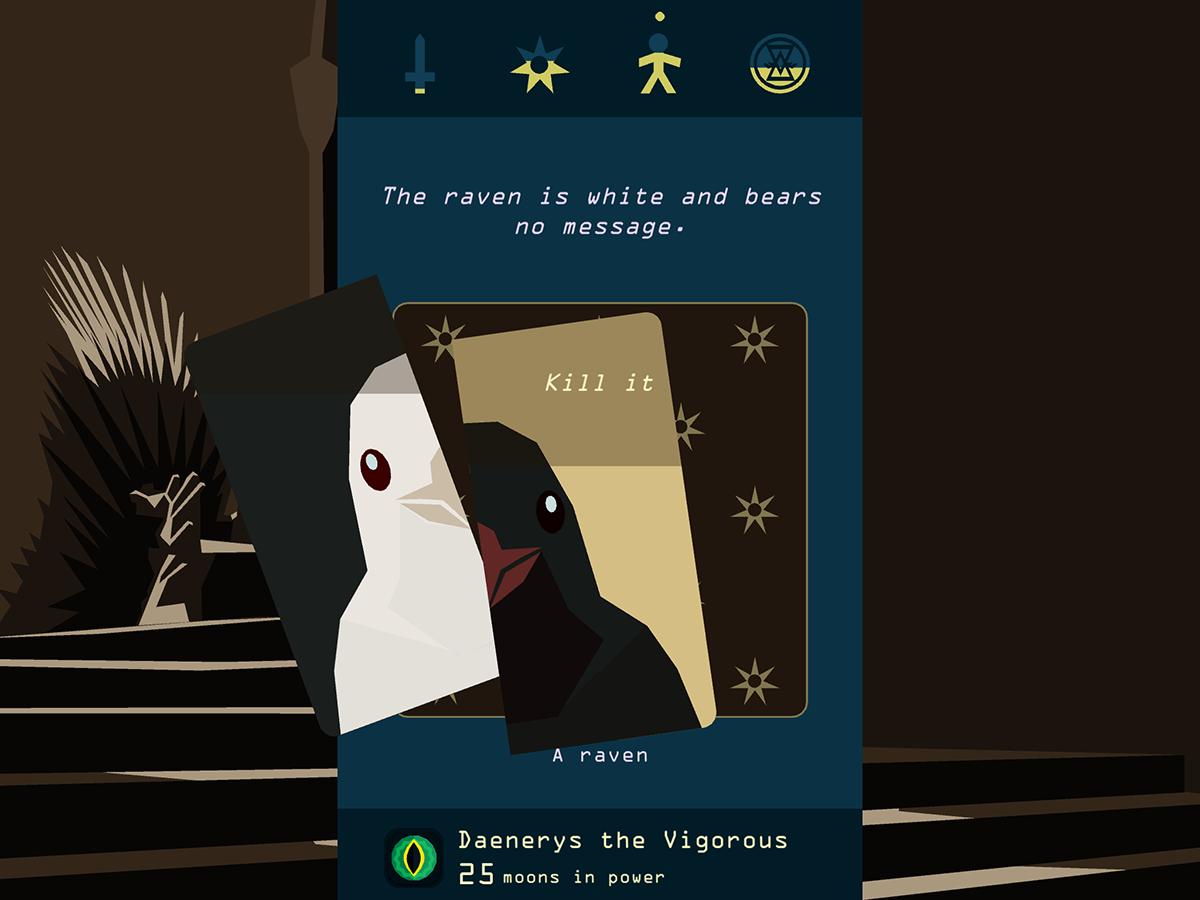 We mention those stats for an important reason of course: should any of them falter, it'll be the end for you.

Should your military might fall too low, or your wealth drop, or even your popularity, you can mark it as the end of your reign. Death is inevitable here.

Death is also inevitable should you become too popular, wealthy, or tyrannical. A balance must be achieved when ruling over your people, one that you'll learn in time. 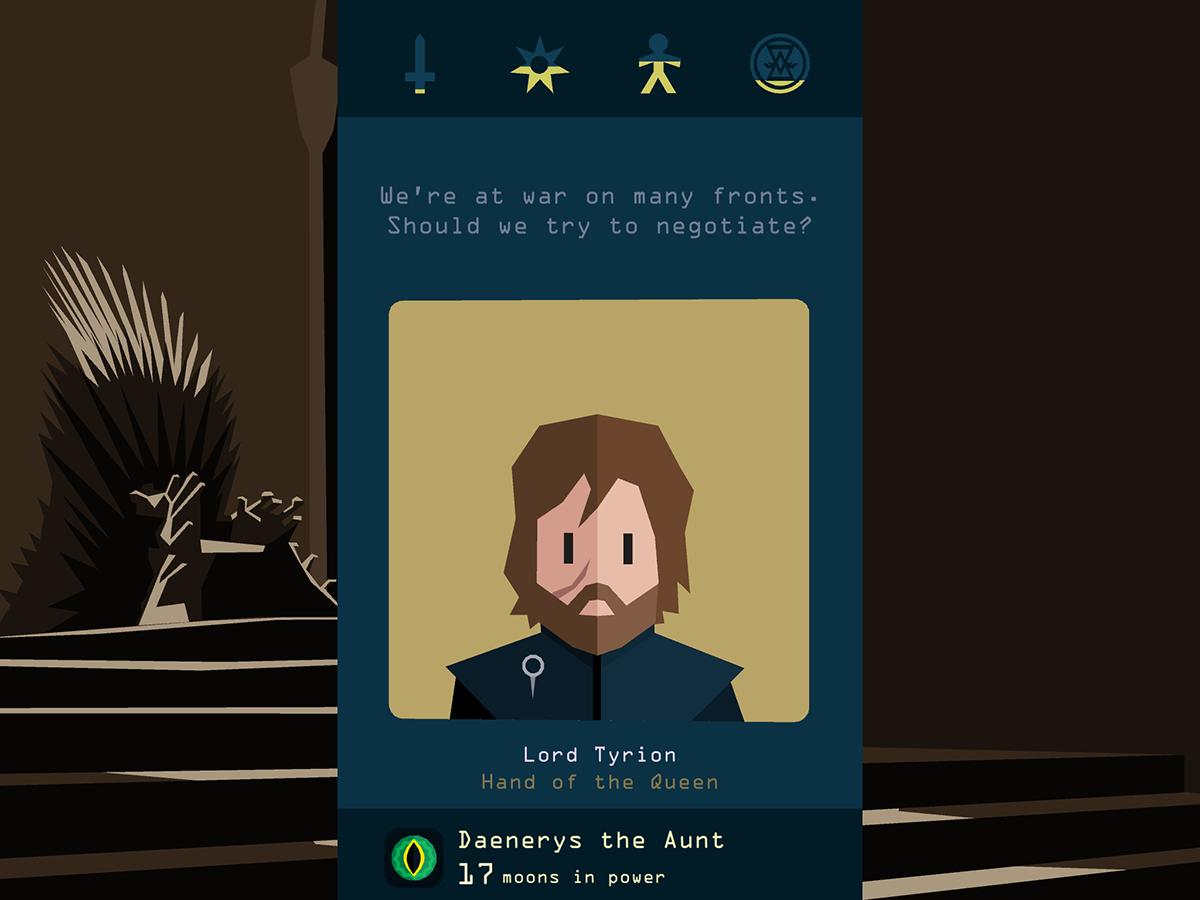 And once one monarch has fallen, another must take their place. As you progress through the game, a variety of familiar Game of Thrones faces will appear to take the Iron Throne.

These new monarchs will of course have different abilities of their own and personality traits that will change how people interact with them. This also brings new death and success states, of course.

Ultimately your goal is to survive for as long as possible, while uncovering new paths and conversation options with your sharp tongue and sharper wit. 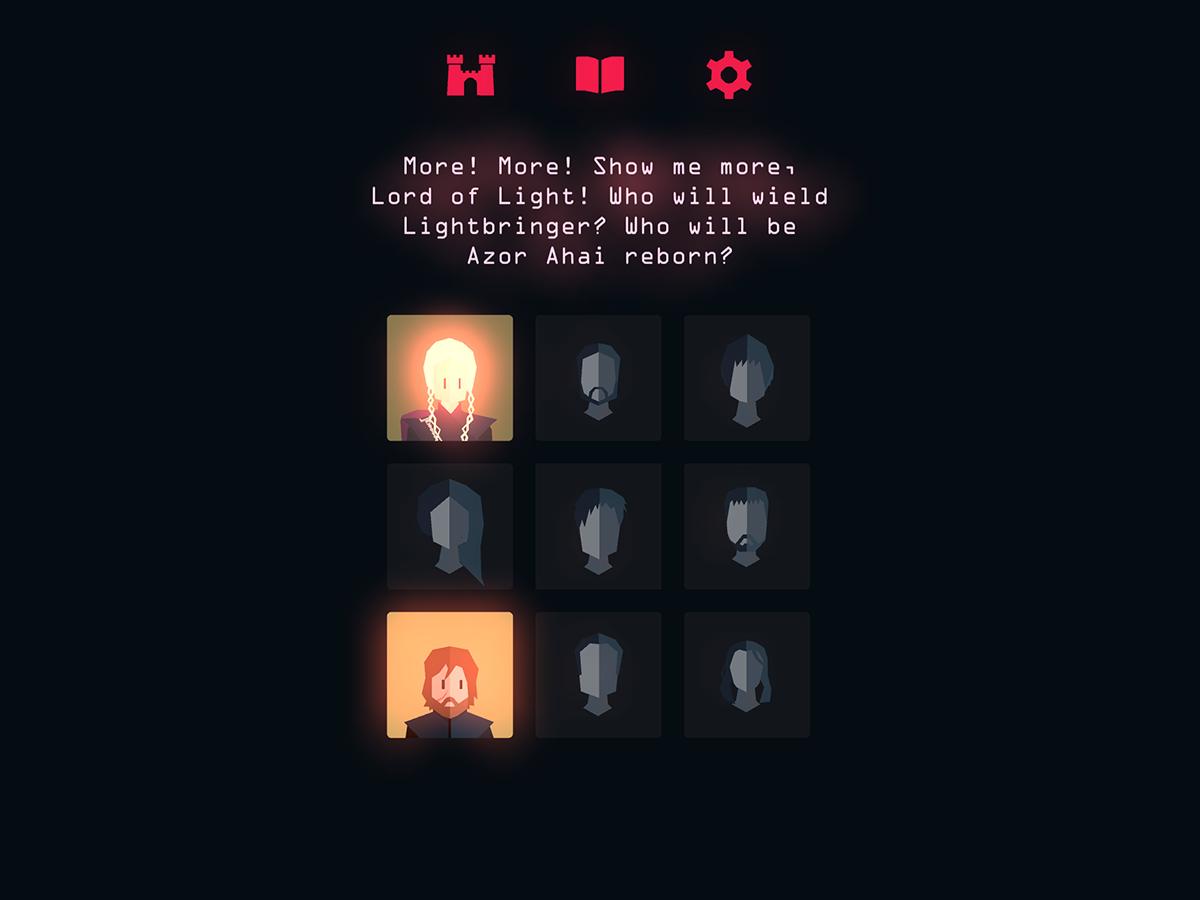 Just because you've played as Jon Snow once already doesn't mean that's the end of his journey. In fact, it's just begun.

Each time you die you will be able to choose to play as one of the chosen monarchs - even if they've already died - and you can use your new knowledge of their fate to hopefully avoid death, and discover more of the truths of the world.

You will slowly be able to unlock more monarchs, more paths, and will expand the game slowly but surely.

Of course if you're ever feeling stuck when replaying paths, maybe it's time to just make some crazy decisions that you wouldn't usually make. It might end up unlocking the way forward. 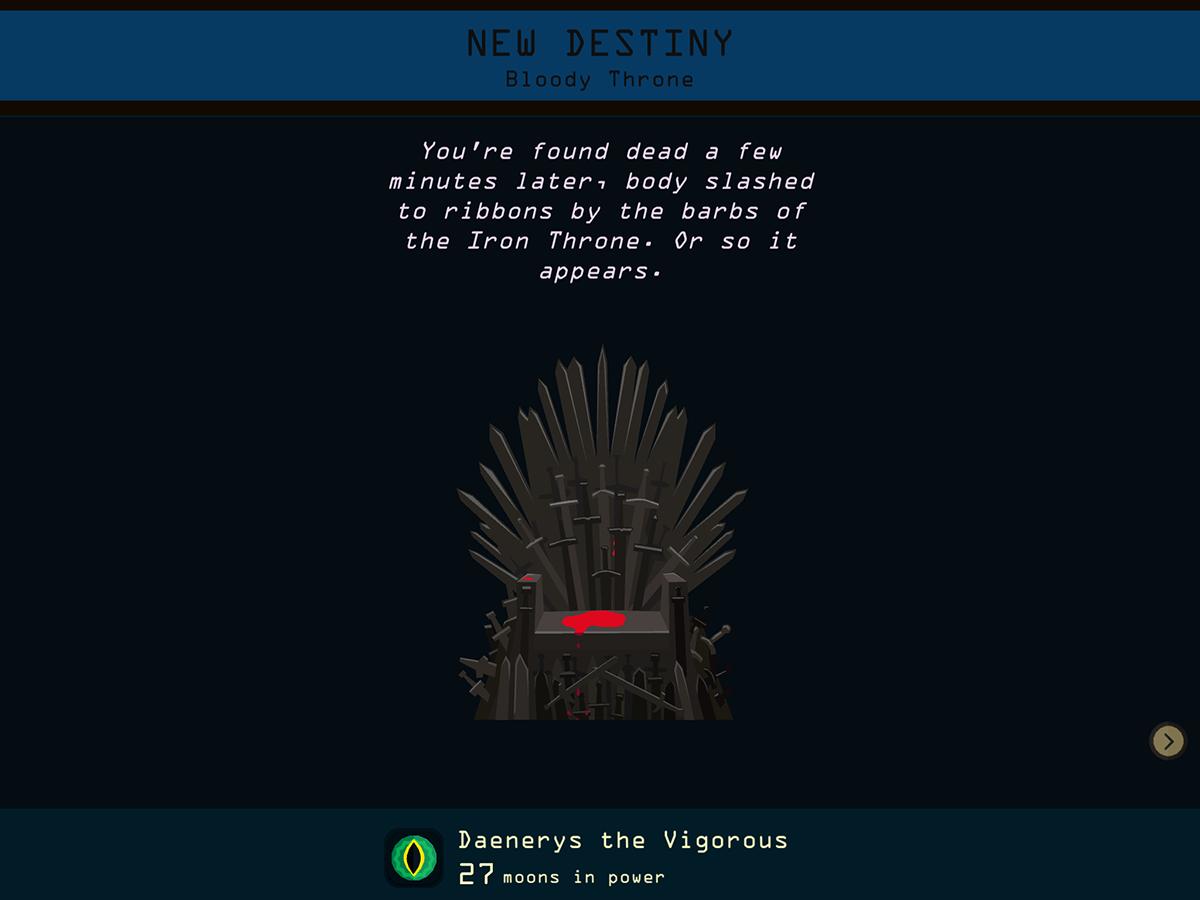