Phantomgate: The Last Valkyrie is a Norse mythology-inspired role-playing game for iOS and Android devices that isn’t afraid to take up Thor’s hammer and smash genre conventions to pieces.

Netmarble’s mobile adventure combines traditional RPG stapes with side-scrolling exploration, puzzle solving and creature taming. It follows a young warrior named Astrid who embarks on a perilous quest to rescue her mother from the clutches of the mad god, Odin.

Given that Phantomgate is epic in scope, packed with content and anything but typical, how about some tips and tricks to help you along? Let these words of wisdom show you the way to Valhalla! 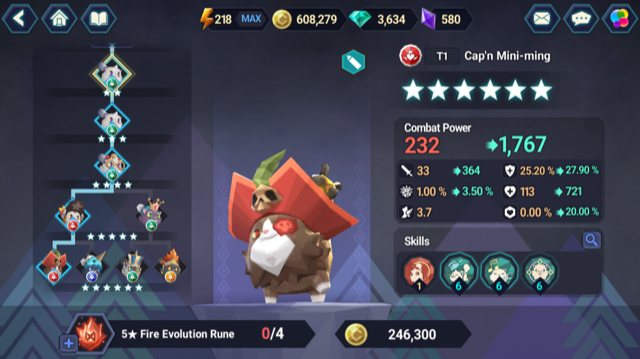 Never miss an opportunity to level up your Phantoms

Phantoms are a race of mystical creatures that inhabit Phantomgate’s world, and players can catch ‘em all Pokemon-style. Like Pikachu and co, they’re pretty handy in combat, so you should invest as much time as possible into rearing them and never miss a chance to level them up.

One of the best ways to do this quickly is to replay the Gate Zone battles - these are great for generating Phantom Essence, which can be used to enhance and evolve your menagerie.

To strengthen your Phantoms even further, you should use the Altar of Runes to craft Evolution Runes. You can purchase extra raw materials for this from the Peddlin’ Hare Shop.

Replaying battles to level up your Phantoms should never feel like a grind, since you can always activate the Auto-Play feature to blast through combat if you don’t feel like getting your hands dirty. Only do this when faced with low-level foes, though, as tougher ones call for careful strategy. 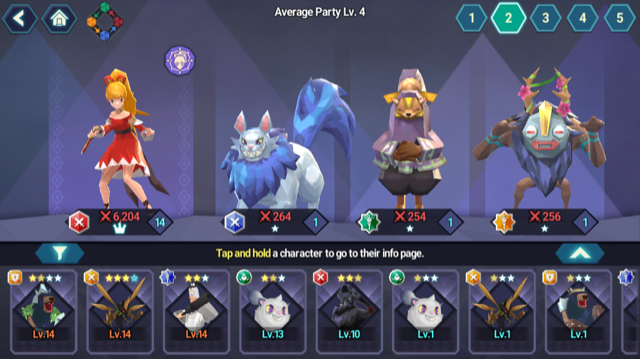 Playing to your Phantom’s strengths and your foe’s weaknesses is the key to combat success in Phantomgate, and taking note of your pets’ elemental types is where you should start.

You will be able to tell whether your mystical sidekicks are Tanks, Healers, Fighters or another type entirely based on their icons. Ideally, you’ll want to build up a diverse party that has you covered in any situation, buy you’ll soon figure out which Phantoms fit your preferred play style.

One you should never overlook, though, is Mini-Ming as she’s a real all-rounder. Her healing abilities will help you out in tight spots (she will even heal the entire party automatically over several turns) and her offensive capabilities will come in handy against Chapter 2’s tough Gate Zone bosses.

Use the buff/debuff bubbles wisely

Phantomgate’s bubbles system really sets the game apart from other mobile RPGs and it has the potential to turn the tide of any battle. It works like this: during skirmishes, bubbles with buff and debuff effects spawn randomly and you can drag the power-ups across to Astrid, and the detrimental bubbles over to your opponents. Unfortunately, they can do exactly the same thing.

You should always keep an eye on which bubble is going to pop up next - this can be confirmed by glancing at the turn tracker - so you can take a moment to plan ahead. Using a buff or a debuff at exactly the right moment is the key to bursting your enemy’s bubble. 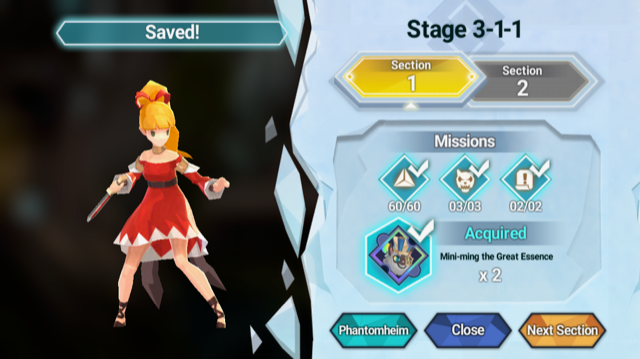 Many of Phantomgate’s chapters are divided into two stages, and this gives you the perfect opportunity to revisit Phantomheim in the interim. This a safe haven where you can level up, assess the current stage and the enemy phantoms, and adjust your team accordingly.

While you’re there, it’s always worth checking your achievements and daily rewards. And speaking of rewards, don’t forget to visit the statue of Freyja once per day to collect Phantom Souls. Need more? Play the game for 90 minutes in one day and you’ll receive the entirety of the GM’s Gift Box!

Taking down the Gate Zone bosses

The Gate Zone bosses are some of the toughest enemies you’ll come up against in Phantomgate, and the fact they always rock up onto the scene with a few Phantom henchmen in tow only makes them more formidable. But if you keep these things in mind, you’ll always have a fighting chance…

Note the element affinities of each enemy Phantom - that way you can have members of your own party on hand to counter them. Also take heed of their levels, so you know if you’re outgunned and can take steps to level the playing field.

Next, survey the battlefield and be aware of the buffs and debuffs that are already in play, as well as the bubbles that are due to surface. Plan your strategy based on this intel, keeping in mind the variety of attacks you will face based on the types of Phantoms in the boss’ crew.

Finally, be sure to replay the Gate Zone battles, as this is the best way to earn Phantom Essence.

Don't go anywhere, we're live on Twitch with Terraforming Mars in less than an hour