Things are going to get spooky in Dragalia Lost

Dragalia Lost is gearing up for its first big holiday event, which is set to kick off on October 17. The game’s Trick or Treasure event is promising all sorts of Halloween-themed fun that will run until October 26.

According to promo materials found in a datamine (keep in mind this is all rumor until the event goes live), the Trick or Treasure event will challenge players with a spate of shadow element bosses that will reward tasty-looking Snack-o’-Lanterns, which can then be used to create a candy house that will grant power-ups to light-based adventurers. If you want to participate in the festivities, though, you’ll need to have completed Chapter 2 Mission 2-1 on normal difficulty. 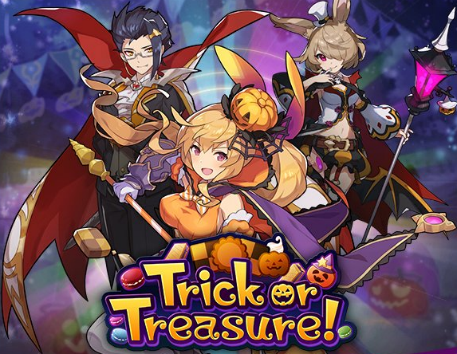 Select characters will be getting Halloween makeovers, too, in the Halloween Fantasia summon showcase which could go live as early as end-of-day October 16, when the current showcase ends. We hope you’ve been saving up some wyrmite, as you’ll probably want a chance to roll these limited-time characters.

Dragalia Lost launched at the end of September. It’s a solid gacha game for folks who enjoy collect-a-thons of that sort. It’s available on both iOS and Android in Japan, the United States, Macau, Hong Kong, and Taiwan.