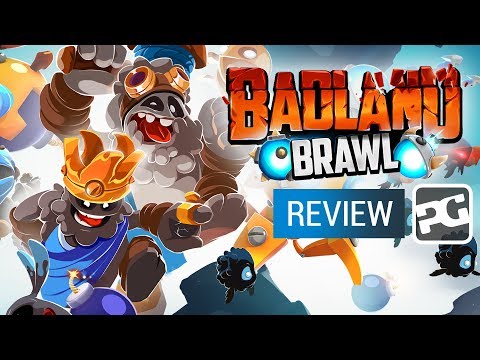 Subscribe to Pocket Gamer on
The first ten seconds of Badland Brawl are a little disconcerting. Where the first two Badland games focused on intricate and clever physics-based platforming, your first taste of this one will leave a taste not unlike Clash Royale in your mouth.

But stick with it, because while there are definitely some similarities here, there's actually a lot more going on that you might at first think.

Sure, it's a card-based sort-of-MOBA with towers you need to destroy, but there's one huge difference that makes things far more interesting than they have any right to be.

Most MOBAs take place on a flat plane. There might be multiple lanes to move down, but especially in the world of the mobile MOBA, walking forwards in a straight-ish line is par for the course.

There's definitely straight-line walking in Badland Brawl, but it, quite literally, throws another idea into the mix. The units you unleash onto the playing field are twanged from catapults set in the towers you're defending, and that makes the game for more playable than you were first expecting.

For one thing it gives you far more control over where your units are actually headed. And it gives a verticality to proceedings. Some units fly, others stomp along the ground, and you've got defensive weapons that can take down one or the other. 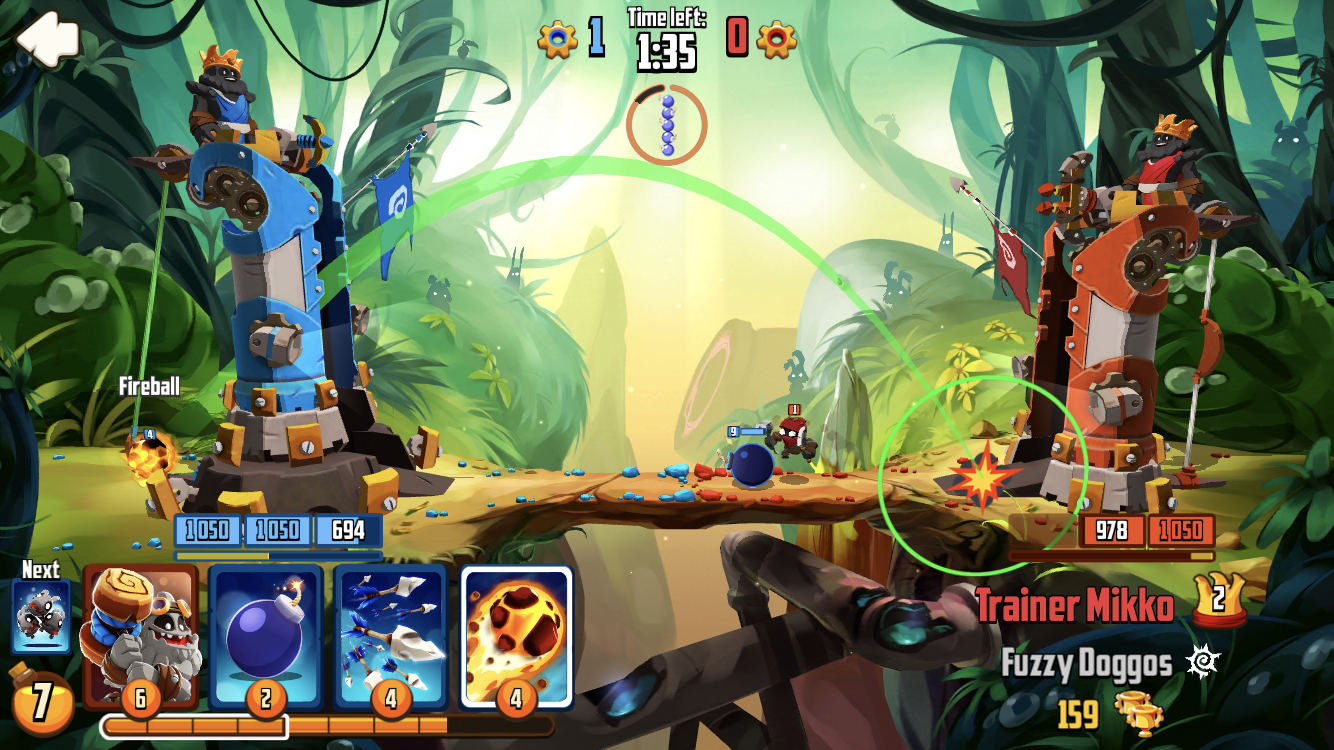 In my fifth game playing, I was on the verge of victory, with a flying bomb robot almost into the gaping maw of the enemy's base. But a clever shot from my foe took out the robot and my tower thanks to a fortuitous bounce.

The slingshot mechanic adds a slice of skill to a genre that's, for the most part, about making the right decisions. There's still that aspect here - load your deck wrong or make a bad unit choice in play and you're going to get punished for it - but if you play smart you can make matches much closer than they have any right to be.

There's some interesting free to play stuff going on here as well. Victory eggs, that you'll snag for smashing an opponent's tower to the ground, can be opened instantly. Stick them on a wait-timer though and they'll take a few hours to open, but give you more rewards.

It's the little things like that that make Badland Brawl one of the most player-friendly PvP mobile games we've seen in a while. It wants you to play, which is a refreshing change from games that want you to spend.

There's definitely challenge here as well, and you'll find yourself pushing into the higher multiplayer leagues in order to earn new cards and test yourself against the very best players out there. Victory can be super sweet, defeat can leave you broken, but there's always the drive to jump back in and have another go.

If Clash Royale and its ilk left you feeling cold, but there's still space in your heart for a mobile-designed MOBA, then Badland Brawl, with its twanging catapults and arcade-y scraps, is definitely worth considering.

Equal parts Clash Royale, Angry Birds, and something else entirely, Badland Brawl is a surprising amount of fun
By Harry Slater
| Oct 11, 2018 |
iOS + Android
Find out more about Badland Brawl