Final Frontier: A New Journey tips and tricks - How to become a space ace

A colonist’s guide to the galaxy

Final Frontier: A New Journey is an immersive science fiction RPG that takes place in the year 3018, a time when the depletion of the Earth’s natural resources has forced the human race to take to outer space, in search of new worlds to inhabit.

Using a card-based, decision-making system, it’s up to you to guide the colonists as they explore the universe in search of a place to call home. Being an Intergalactic Captain is no easy task, but with these top tips on your side, you’ll be star trekking along the path to success in no time.

Everything that happens in Final Frontier hinges on that card-based decision system, so make sure you study each card very carefully before deciding which choice to make. It sounds like basic stuff, but it’s always worth keeping in mind because the game is known to hit you with trick questions.

Failing to re-read is often the difference between pleasing the wrong people and making enemies out of the right ones. It’s not rocket science, although that is what’s propelling you through deep space. 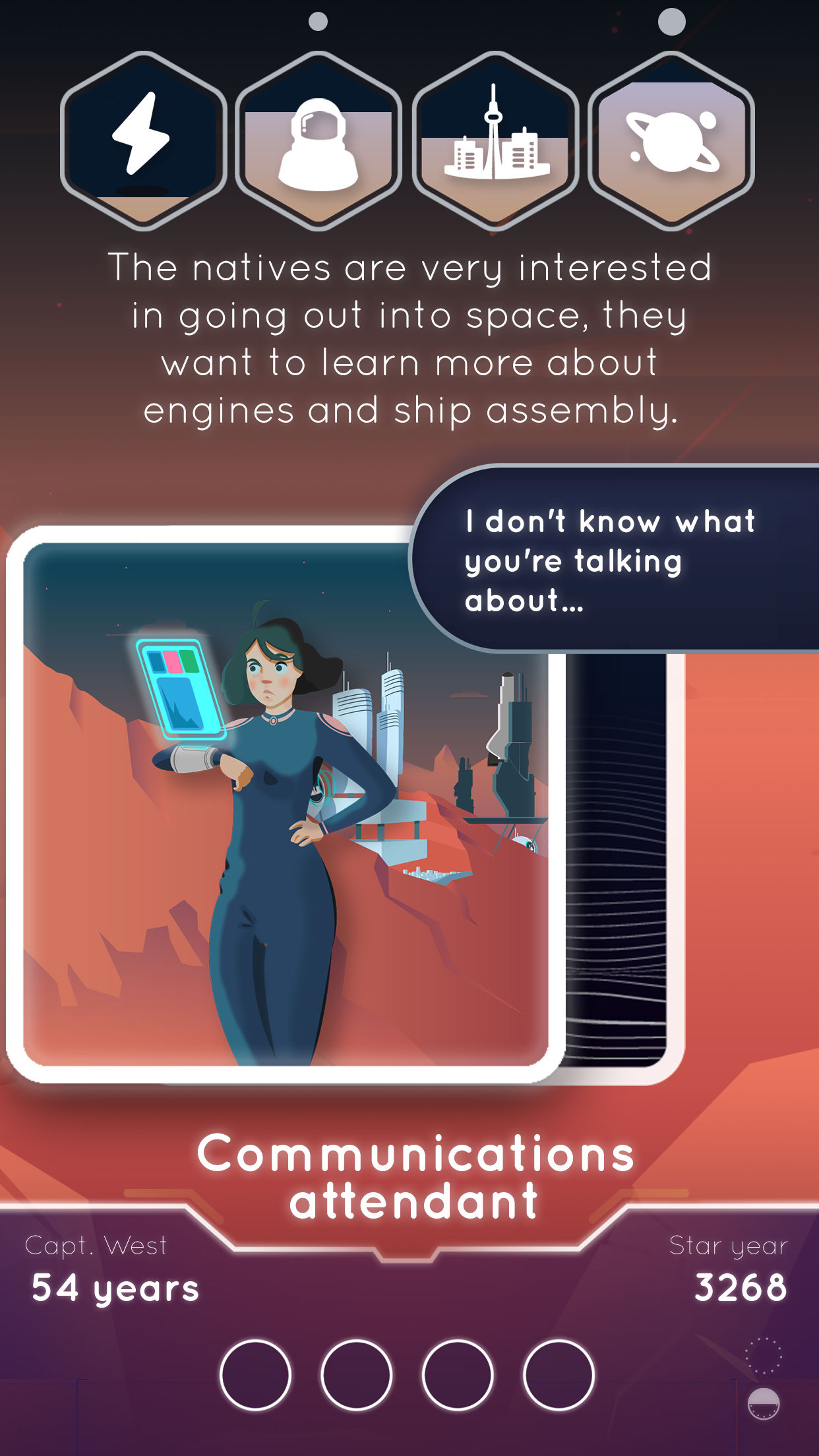 Think clearly about who you’re speaking to

Every character has their own agenda, motivation and intentions in Final Frontier, so think carefully about the context of your interaction with them before deciding which card to play.

Never forget a face and try to remember where you’ve seen each character before. It’s only natural to assume that a representative of the Martians has the Red Planet’s best interests at heart, but that isn’t always the case. Play intergalactic detective and work out their true motives.

You won’t get very far in Final Frontier if you’re afraid to upset your colonists. Remember, you can’t keep everyone happy all of the time, so be prepared to ruffle a few feathers along the way.

Be ruthless! This is a game all about balance, and that means appeasing your colonists one minute and telling them to do one the next. Keep an eye on your faction metre, and if a request is likely to send it off-kilter, it might not be worth the risk.

Modifiers are wildcards in Final Frontier. They change the rhythm of the game by giving you incentives to please and wind up specific factions. It’s the golden modifiers you should focus on unlocking, as these will boost your prowess at the negotiating table and help you avoid certain types of death. Okay, so death is entertaining in Final Frontier, but it’s probably best to swerve it where possible.