The Mario Party games have always been something of a curiosity - never quite fitting in the Mario universe in the same way other spin-off multiplayer titles have, but still providing plenty of fun to those that venture in.

Super Mario Party, the Switch edition of the franchise, still feels slightly at odds with the series' universe, but it's still a fun minigame-fuelled party game for all the family.

There's nothing really spectacular here, save for some technological marvels pushed off to one side, but it's still a bit of good clean fun for when you've got some mates round.

Much like previous entries, the main focus of Super Mario Party is seeing four players face off in a giant boardgame, punctuated by minigames to earn coins and liven up the action.

There's a wealth of Mario universe characters to choose from, and each comes with their own unique die which can be used in place of the regular 1-6, offering up some interesting strategies as you play.

Waluigi, for example, has a die which goes up to 7, but one of his faces deducts two coins from his purse. It's an immediate risk/reward system that helps to spice things up a bit. 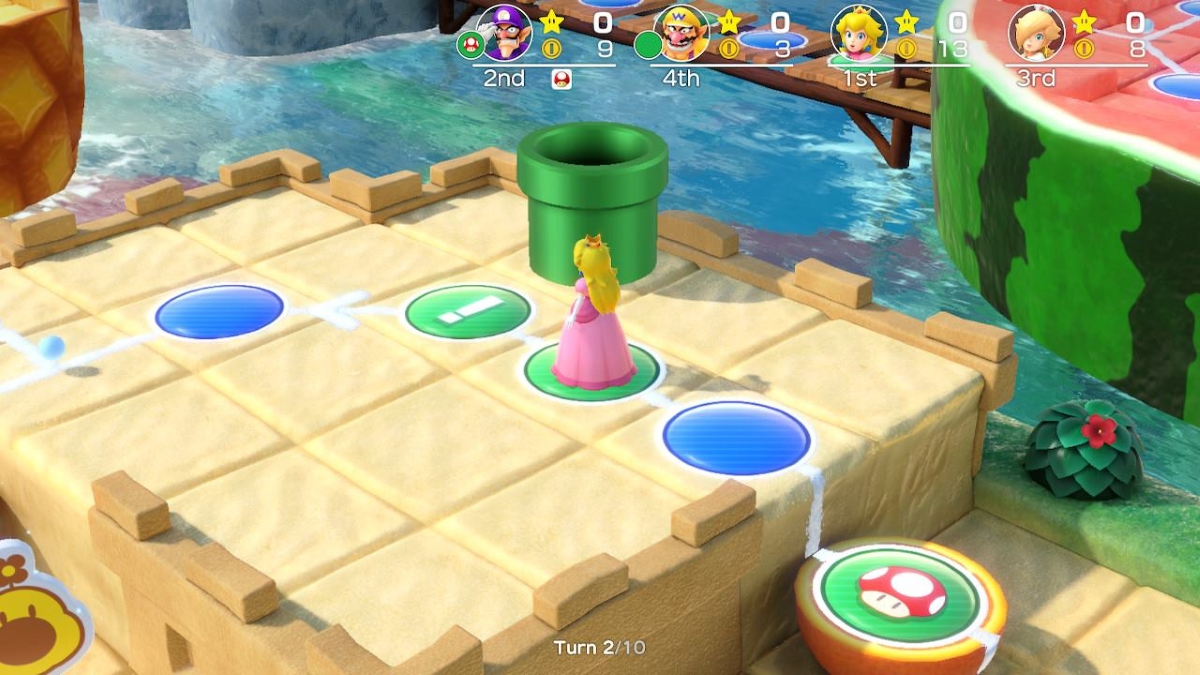 The boards themselves also offer up a bit of variety - certain spaces can alter the routes available, there's a bunch of items you can deploy to help yourself or harm your opponents, and everything gets switched around a little as the game enters the final few rounds.

The main draw is the minigames, which come around at the end of everyone's turns. These range from free-for-all nonsense to 3v1 battles with random teams, with the winners earning more coins than the losers and therefore gaining a slight advantage on the board.

By and large, each of the minigames on offer is pretty enjoyable. You'll be batting bombs around a tennis court, finding patterns of fruit in a grid, or pushing and shoving to get in front of a camera before a photo is taken.

And I'll cry if I want to

It's all simple stuff, usually controlled with the control stick and a single button. And each minigame lasts no longer than around a minute - it's just tiny bite-sized fun before you get back to the main board game.

Outside of the core experience, there's plenty of other game modes to try out. The four-player co-op River Survival game, which throws out the game board in favour of an OutRun-esque white river rapids ride, is especially fun, and makes a wonderful change of pace from the usual competitive nature of the game.

The only problem is that there's not very many minigames designed for the mode, and you'll end up repeating games before you've even reached the end. It's a little disappointing, but not entirely surprising given that it's mostly a distraction from the main mode. 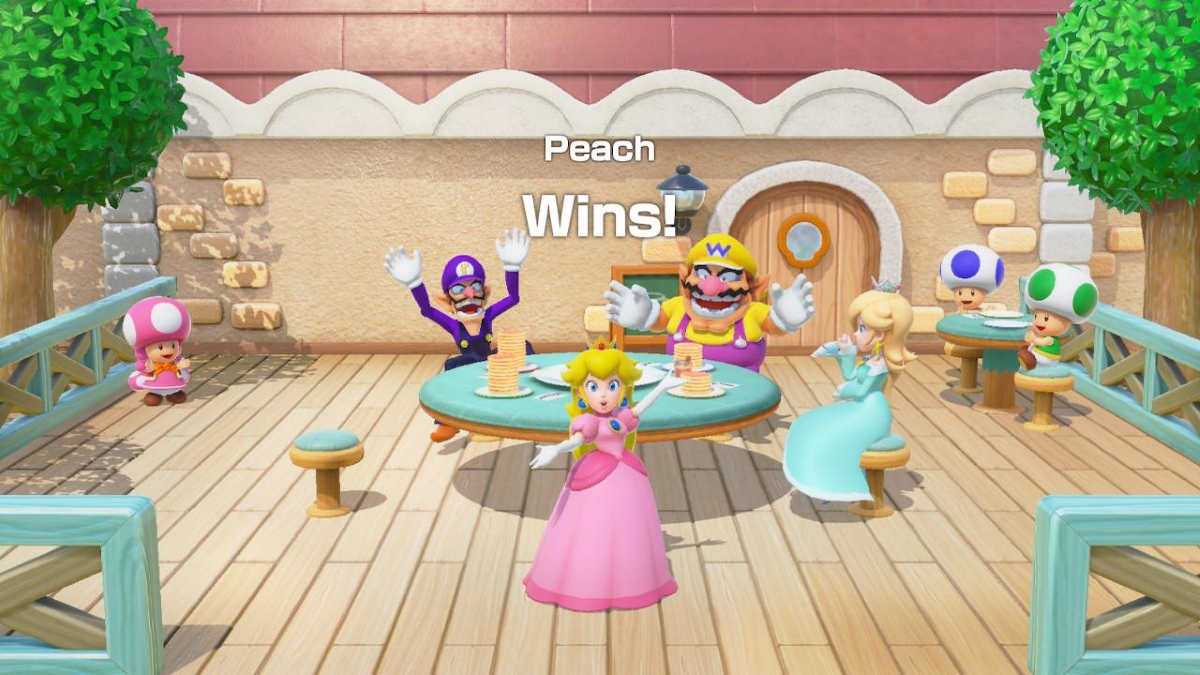 There's also a Sound Stage mode for motion-controlled minigames, though these are all a bit weak. None of the games on offer provide much movement - you just need to flick your Joy-Con in time to the beat. It's fairly fun, but you won't spend more than ten minutes there overall.

The one thing that caught everyone's eye in recent reveals was the ability to physically join two Switches to create maps for certain minigames. It's a cool concept, but it's hidden away down a warp pipe and there's only one game of its kind, which ultimately feels like a wasted opportunity.

And finally, there's online play for the first time ever in Mario Party. Sadly, the servers haven't been switched on yet, so we haven't had a chance to play it, but we'll let you know when we do.

Cry if I want to

Overall, Super Mario Party is about what you'd expect from a Mario Party game. It's simple, lightweight fun that doesn't require much attention and just about anyone can play.

It has its flaws - repeated minigames and missed opportunities with the much-touted multi-screen play being the key drawbacks - but they're not enough to really detract from the fun to be had.

Get some friends over, hand them a Joy-Con each, and Super Mario Party will provide plenty of merriment for the evening. It's not going to blow you away, but it's a well put-together party game that deserves a look if you've got enough folks to enjoy it with.

Super Mario Party is what you'd expect from the series - short bursts of fun that everyone can enjoy
By Ric Cowley
| Oct 3, 2018 |
Switch
Find out more about Super Mario Party

Euclidean Skies is a sequel to the Gold Award-winning puzzler