It doesn't take much to change a good game into a great one. Even the simplest idea can make you think about how you play in new and exciting ways.

That's certainly the case with Hot Guns. At first glance it looks very much like your standard run-and-gun mobile shooter, but there's a twist here that means legging it blind through the levels is going to end very badly for you.

The controls here are pretty much as you'd expect. Two buttons move you left and right, and two others let you jump and shoot. But there's a third control thrown into the mix that really sets Hot Guns apart.

If you tap the C button, you're going to drop the weapon you're currently holding. That might sound like a terrible idea, but it's built into the foundation of the experience - when you're carrying a gun you can't jump as high. 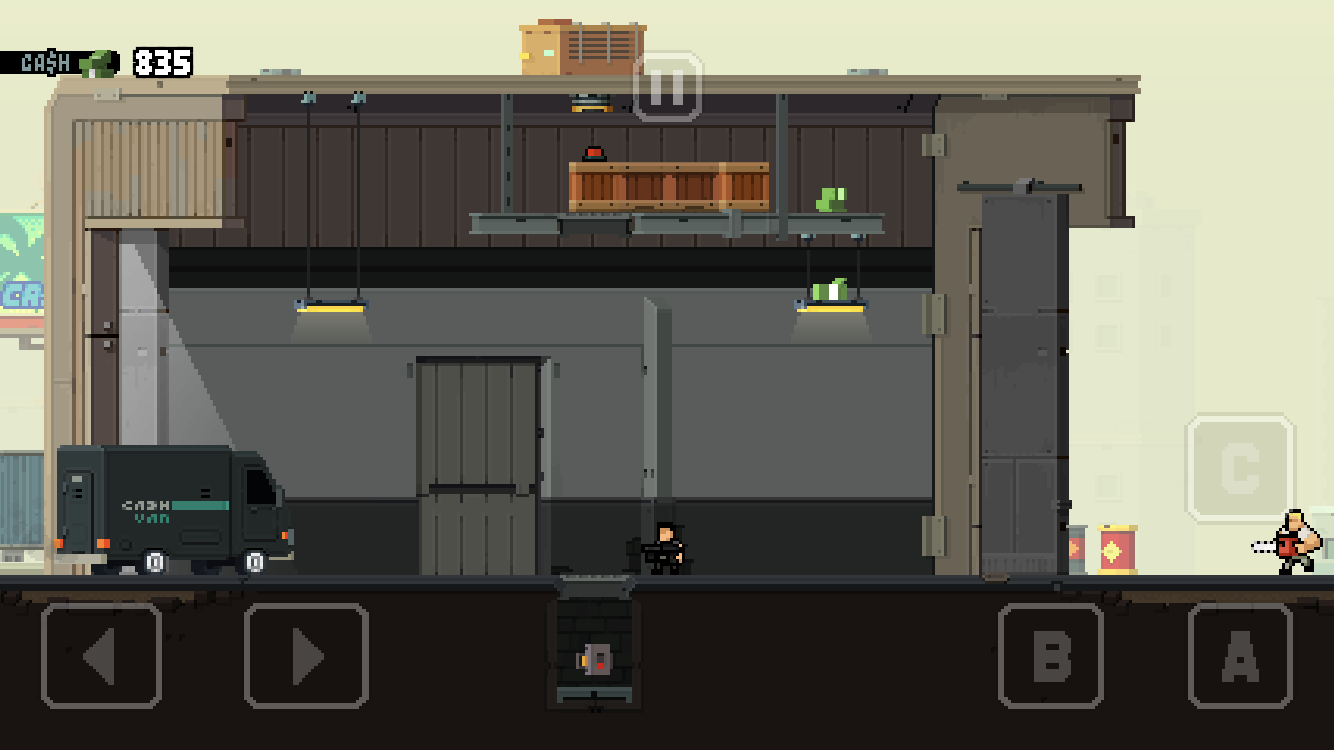 Your weapons stack as well - pick a new one up while you're wielding another and you'll start firing both of them. And slow down to something close enough to a crawl that calling it one won't get you in any trouble.

There are leaps it's impossible to make if you've got a weapon, so you're constantly pushed to throw them away, jump to safety, and then find something else to kill the array of thugs that are charging at you with. 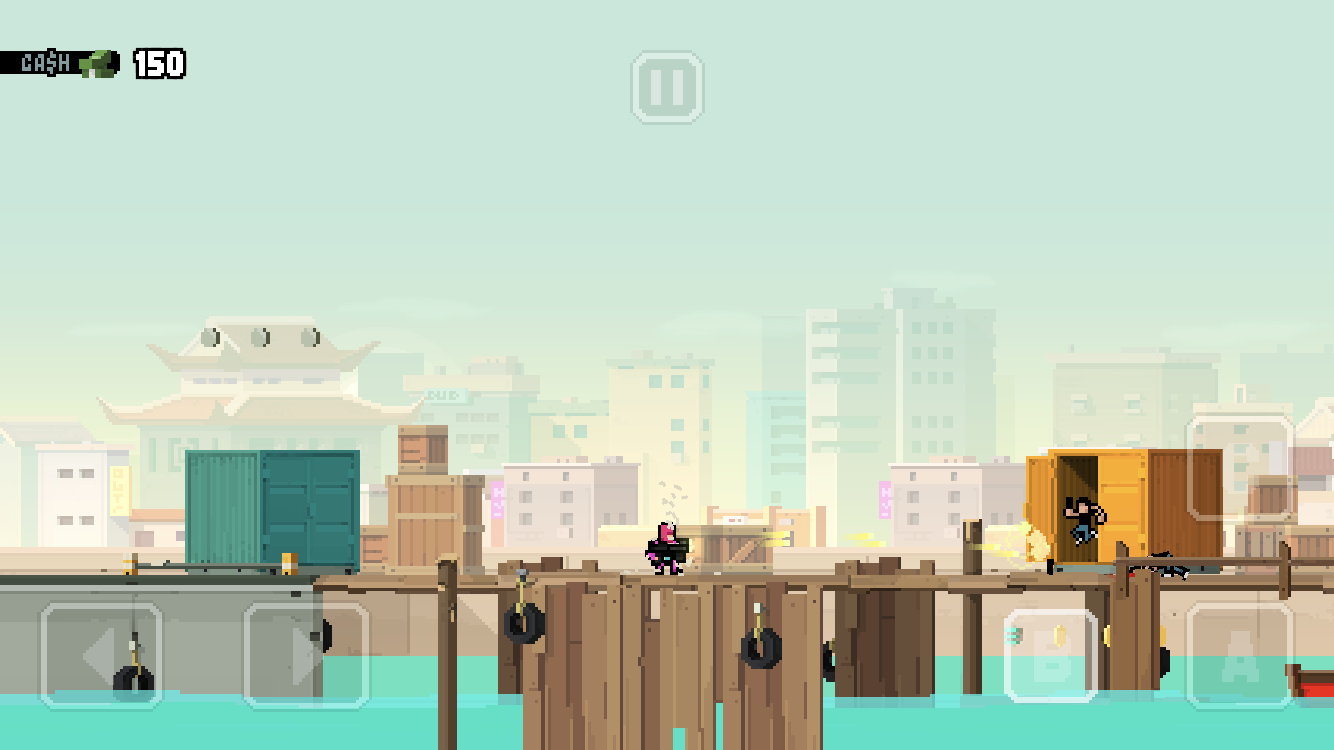 It adds to the game's already pretty tough difficulty, because it leaves you defenceless. And since a single hit can kill you, defenceless is never the sort of thing that you want to be.

There's cash to collect, which you can spend on new equipment and items for your base, and you can pick up helmets while you play that act as armour and let you smash things open with your head.

While Hot Guns isn't the most original looking game on the App Store, it kicks up enough dust with its new ideas that for the most part its problems are well obscured.

This is a challenging game, and no mistake, but that leads to plenty of fist-clenching when you get to the end of a particularly difficult section.

A tough smashing together of two difficult genres, Hot Guns has enough to keep you pushing through even when things get hard
By Harry Slater
| Oct 1, 2018 |
iOS
Find out more about Hot Guns