Goodness me, if anyone says this has been a quiet week for mobile gaming I'm afraid they're a big, fat liar. We might not have hundreds of releases to shout about, but feels like a dance of the anticipated titles.

You'll see what I mean when you get further down the list and, boy, you're going to have a good weekend, especially if you've got the cash to spare. From awesome puzzlers to exciting action games, this week's got it all.

I know which one I'll be starting with. For those of you who've read my work for a while it probably won't be hard for you to guess.

Which one's caught your eye? Let us know in those comments down below.

Want more? Check out our 11 other Professor Layton and the Curious Village news stories!

You might have had some experience with 10Birds' previous games which have a bit of a Dark Souls feel to them, and Animus – Harbinger follows suit. This time the game takes place in the past when Kerr the Breaker first unleashed his vengeance on the world.

You'll need 1.3 GB of storage to be able to download this RPG action game, and bear in mind that the full campaign and side quests require additional IAP purchases. Something tells me it'll be well worth paying for, though.

If you've played Burger – The Game or Pancake – The Game, you'll get the idea already. Basically you have to put bacon on absolutely everything, 'cos bacon makes everything better.

This is a rather daft arcade game where you have to flip bacon out of a pan and onto whatever curious items grace the level. It might be a pile of chickens, it might be the Statue of Liberty, it might be the moon, who knows? What we do know, is that there's a lot of bacon.

As one of the few games that surprised us with a release this week, Dragalia Lost is Nintendo's first original IP to hit mobile. In it, you'll play as a prince set off on a journey to complete his Dragon Selection trial for the good of his country.

We've covered it plenty of times before on Pocket Gamer, but what'll be really interesting is how well it does without the familiarity of a known IP to help it along. With Cygames as partners, however, I'm confident it'll be worth a go.

Surprise release number two, Harvest Moon dropped its adorable seaside-set entry just in time for the actual harvest moon. If you're not familiar with the game, after washing up on the shores of a wrecked seaside town you have to help restore it to its former glory.

Aside from saving the lighthouse and making the place liveable again, you need to grow crops, raise farm animals, harvest materials for repairs, make friends with the locals, and maybe even find love as you go. If you're a fan of Stardew Valley (or the Harvest Moon games in general), you'll feel right at home here. 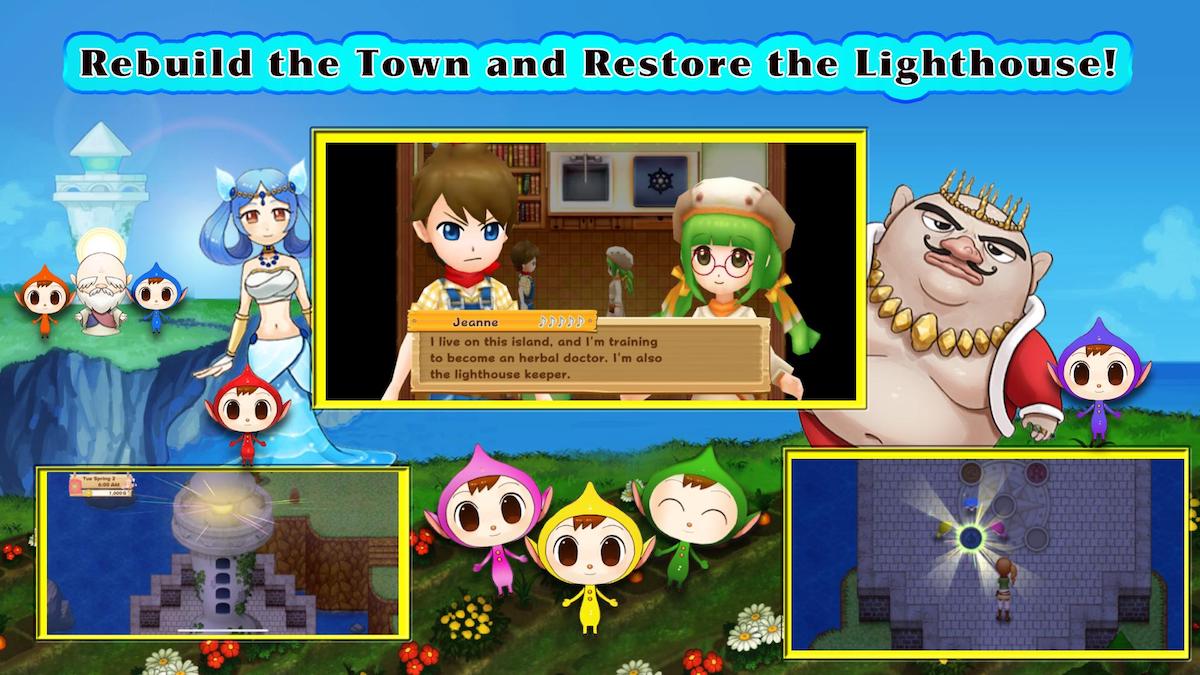 Sneak, swing, jump, and fling through colourful levels as the ultimate cat burglar… because you're a cat and you're trying to steal a huge gem. This one-touch action puzzler is filled with all sorts of obstacles and traps, and you've only got yourself to blame if things go wrong.

Along the way you can earn new cats, bonuses, and (for those completionists) you can find risky shortcuts scattered about the level to get you the perfect score. With 84 levels to get through, and more coming in the future, there's plenty to keep you busy here.

If you've ever fancied having a go at Pod Racing, but forget that it doesn't exist, Hovercraft: BA might be the closest thing you've got to it. This combat racer has you zipping around a variety of arenas to take part in intense 3v3 battles.

You can build up your hovercraft exactly how you'd like it, customise your weapon loadout, and upgrade and evolve it the more you play. Enjoy the game's neat real-time physics system as you blast, and get blasted, into hundreds of pieces throughout the rounds.

7
Professor Layton and the Curious Village

Professor Layton and the Curious Village has the esteemed archaeologist and his apprentice, Luke, headed for the town of St. Mystere. After being summoned by the widow of a wealthy baron to help find her husband's fortune, your puzzle skills and wits will be put to the test.

If you had a blast with Layton's Mystery Journey, there's no doubt you'll love this adventure puzzler too as we head back to the very beginning. Better still, it's got a few more bells and whistles, so whether you're returning to it or haven't played the game before, you should be well satisfied.

Monster Hunter Stories is an adventure RPG where you'll take up reins as a Rider, steal eggs, raise and train the young that hatch out of them, and then bring them to battle with you. Originally released in Japan last year, you can finally dig into the adventure yourself.

If you're not too sure about whether you'll enjoy the game or not, be sure to give MHST: The Adventure Begins a go. It's a free introduction to the game where you can try it out and see how you like it with no cost. Should you enjoy you time with it, you can purchase the full game and transfer your progress over to it – easy peasy.

Whether you've played the previous Mr. Mustachio or not, this latest entry offers up 100 challenges to work through. As it says, "We give you a grid, we give you a crazy rule, and we give you some values. All you have to do is look hard at the grid and find which row or column has that value for the given rule."

Of course, it wouldn't be much fun if you had 99 more rounds that were super straight-forward. No, the more you play the wackier the rules become and 100 rounds suddenly seems rather daunting, doesn't it? Nah, you'll have fun and it's free-to-play, so you may as well give it a go.

Attention, sports-fans! If you're a bit fond of basketball and are altogether familiar with 2K's work, you'll be pleased to know that NBS 2K19 is out and about this week. In it, you've got new features, including online match play, to keep you on your toes.

As well as opening up online, there's an all-new Story Mode for the first time. With this, you'll explore the history of some of the most well-known NBA players and franchises. Plus, there's the usual career mode when you just want to get back to playing some b-ball and generally being awesome. 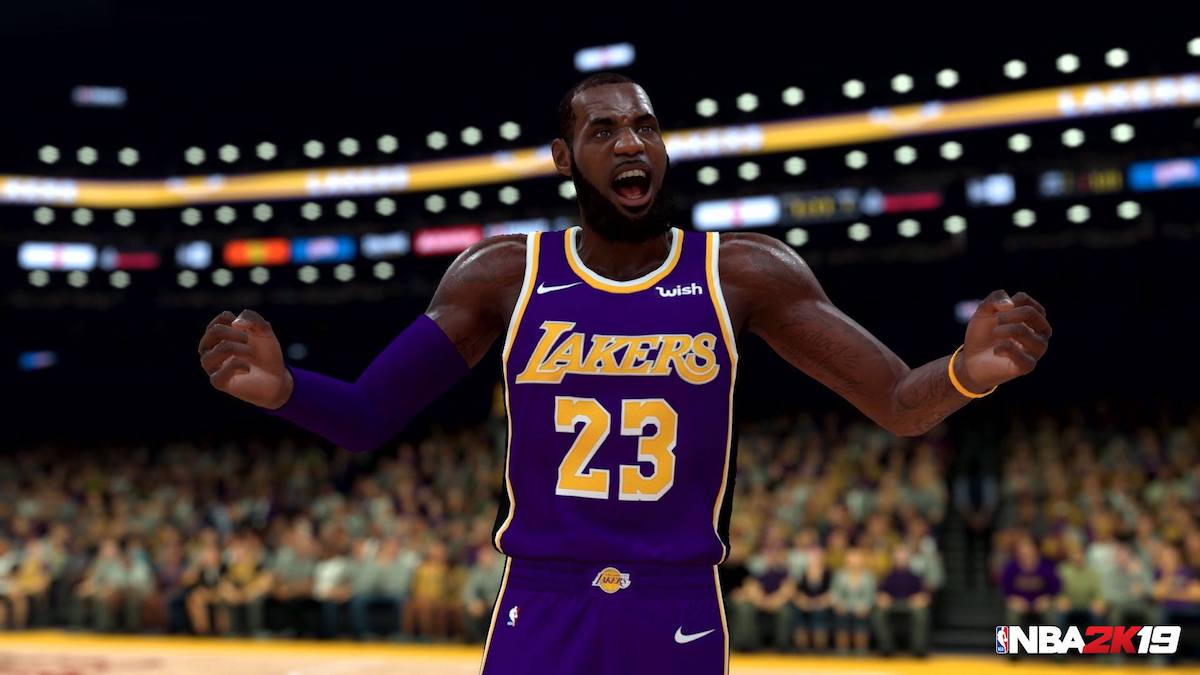 You've got different pixel characters who'll follow you throughout the game, an intriguing line-based playstyle, different themes with their own surprises, and much more.