Good day and happy Wednesday to all of you wonderful people. The sun is shining, the temperature's got a bit of a bite to it, and we're so ready to face the day.

As I'm sure you know by now, on Wednesdays we wear pink – er – I mean, on Wednesdays we check out the latest and greatest updates to hit your favourite mobile games. Whether it's all-new content or just some quality of life tweaks, we love all of it.

This week there are some seriously exciting updates to get involved with across a range of genres. Some of them you've likely played and others you might've been putting off. Either way, let's take a look at what we've got to dig into.

Whether you've already been having tons of fun with this clever board game or have yet to give it a go, Antihero's newest update takes you away from the hustle and bustle of the city centre and pitches you down by the docks.

The Duelling Docks is a new map where you need to outsmart your opponent to take control of two steamships and plenty of fish. What? I never said it wasn't smelly work. Japanese and Russian languages are also supported now as well as a few other overall tweaks and changes.

I think deep down some of you rather enjoy playing the episodic, choice-based narrative games on mobile (I'm one of them), and Choices is one of the bigger ones. In version 2.3.7 things are getting spookier and there are three new stories to play through.

It Lives Beneath – "Start your new life in the beautiful town of Pine Springs! Just be sure that all doors and windows are securely locked after dark..."

High School Story: Class Act - "Friendship, fun, and romance await you in Berry High's theatre class... if you can make it through your first day!"

The Elementalists - "Magick. Mystery. Mayhem. Your adventure at Penderghast College is about to begin."

Keeping things short 'n sweet, just like the description, in Color Switch this week there's more content to dig into. After Line Mode finished last week, it's a good time to welcome back Tower Mode.

In Tower Mode you need to work through 40 new levels to climb to the top of a tower (duh). If you've played the game before you'll know you won't be able to beat it easily, but it will be great fun. 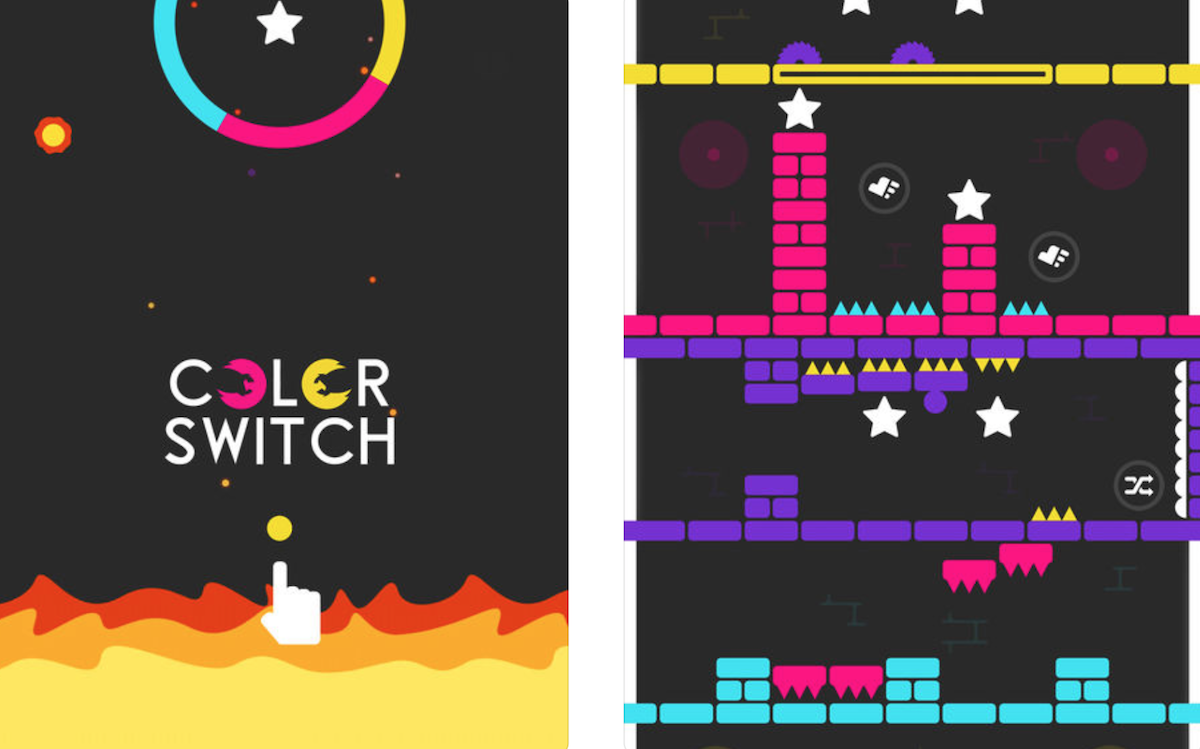 Golfing Around is Colin Lane's most serious and surprising golf games, for sure. In version 1.3, there's a whole new course to play through, Sunny Sands, where you can play through nine new holes.

As for general game improvements, aside from your usual host of bug fixes and optimisations, public upload limit has been raised from 18 to 27, creator names can now be added to your golf holes, and you can see all of the holes a player has uploaded. Now you can keep an eye on your fave creators. 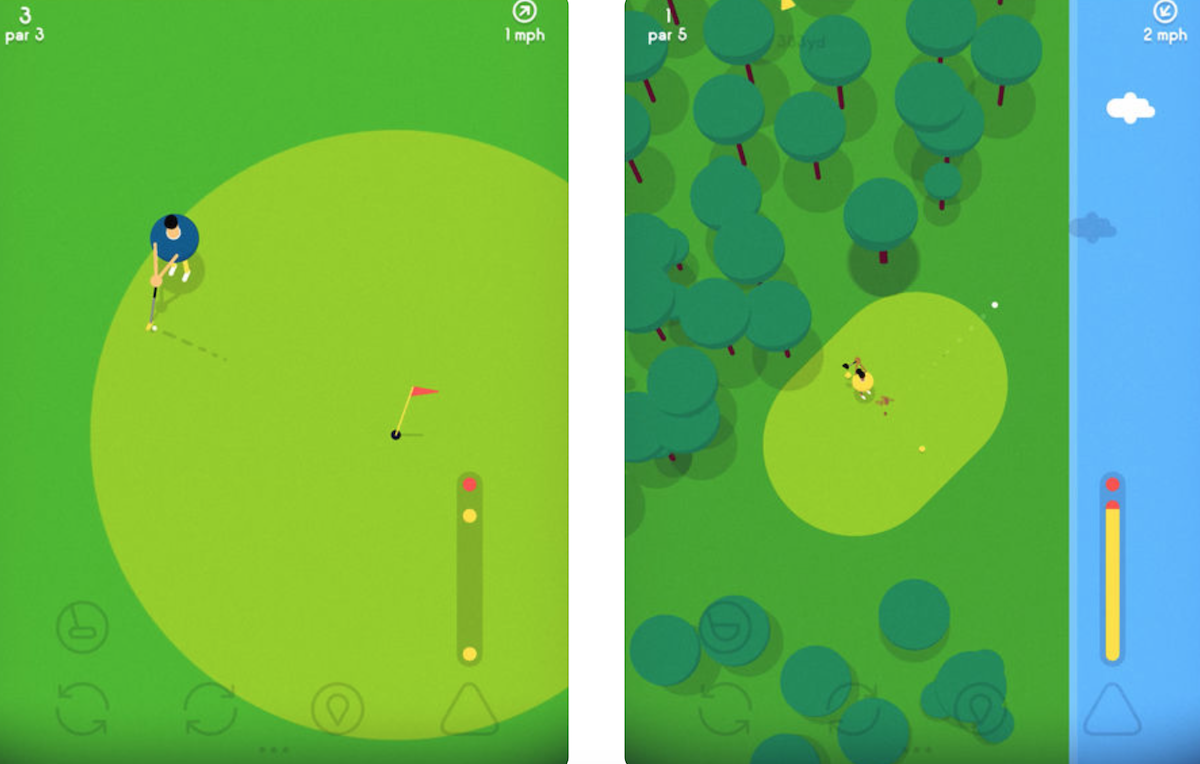 After pets arrived at Hogwarts earlier this year, we know you've been enjoying having your toad, owl, cat, or rat at your side… but, what's this? Hagrid's been hiding some curious creatures and now it's up to you to help look after them.

Alright, they're not all-new animals, but rather skins for your animals to wear which sounds creepy out of context. The game's also gotten Korean language support.

We covered this earlier this week, but Meteorfall's Demon Update has finally hit out on iOS and Android. To keep things short and sweet, this is mainly about the new Demon Mode difficulty where levels unlock after defeating the Uberlich and gradually get harder and harder.

As well as that, there are five new demonic enemies, two new quests, 18 new cards, and a bunch of tweaks and balance updates to make this solo card game well worth diving into again.

Sdorica's version 1.3.0 update is an interesting one as it's a bit of a mismatch of things. Its latest additions include: a new Launch Facility system for Guild, weekly free characters and Skill Books in Wonderland Trial, update to main UI and addition of new Character Storyline to quest selection, and an option to perform five Infuses at once when using Bookmarks.

There are also a handful of adjustments where you can join Guilds in other Libraries, the Roster page UI is optimised, and more.

While its mobile description is short and snappy, this week's Shadowgun Legends update is a biggie. Weekly Events have been introduced to the game, giving you guys the chance to win exclusive weapons and gear sets, stickers, and cosmetics which are only available in each particular event.

The first event, The Hunt for Blueballs' Treasure, challenges you to join an overarching quest to find the treasure of Eugene McGinty, an infamous space pirate, which can be found across three planets. Any treasure you find can be exchanged for exclusive new items at Pedro's.

If you've ever wanted to enter Lion's beautiful, pink Mane, you'll have a ball in this newest update. Play multiplayer games to earn Boxes, then trade them in to open the Lion Case and get guaranteed Lion fragments. It officially starts tomorrow and ends on October 4th.

As well as this awesome event, you've got two new Heroes: 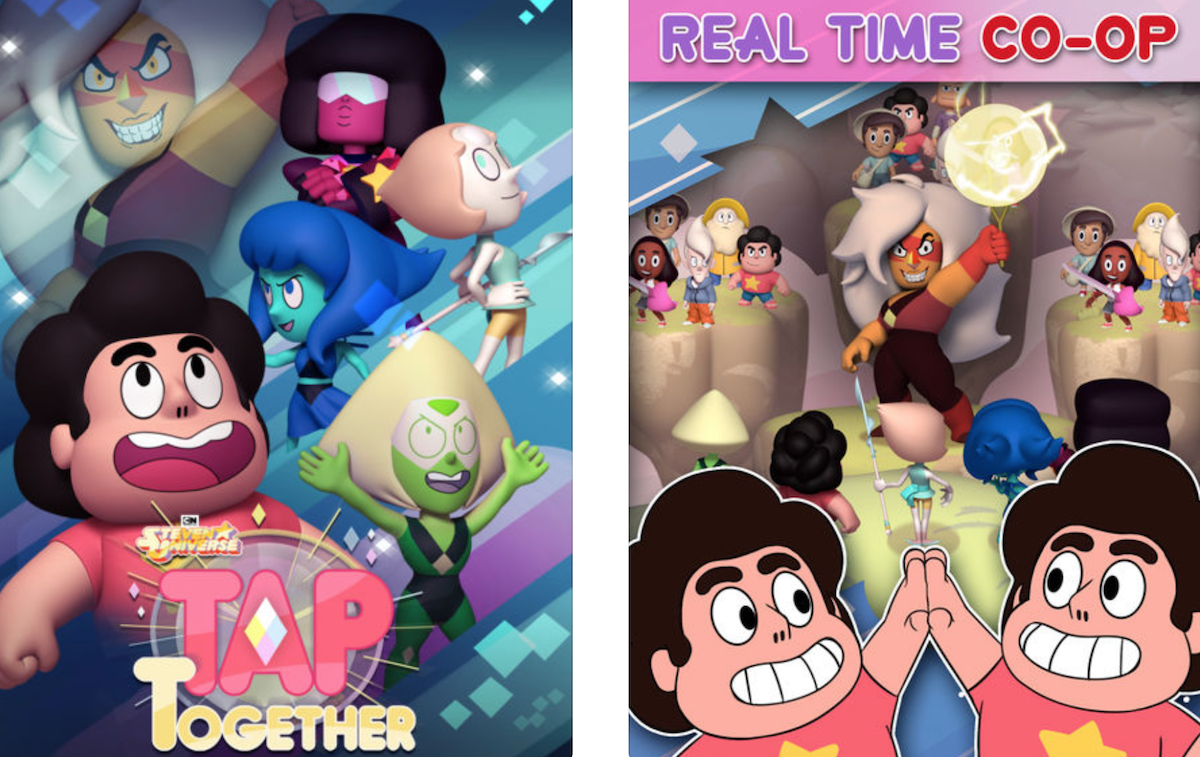 Gold Award-winning Meteorfall's next update is certainly gonna be Demonic