'Til death do us win

Rogue as a class has long had a synergy with Deathrattle effects. But how viable the archetype is changes with the meta. Right now, after Boomsday, it's doing pretty well.

A combination of new easy triggers for the effects with some solid Deathrattle minions have made this a deck to die for. And a slew of cheap direct damage cards gives the deck enough defence to get its thing going.

Hit the link below to find out more about how to build and use the Deathrattle Rogue deck.

This deck has a lot of potential replacements if you're looking to do things on a budget.

Let's start with the legendary cards. You can always swap Reckless Rocketeer in for Leeroy if you want. If you don't have Zillax, you can run Defender of Argus as a similar defensive speed bump. 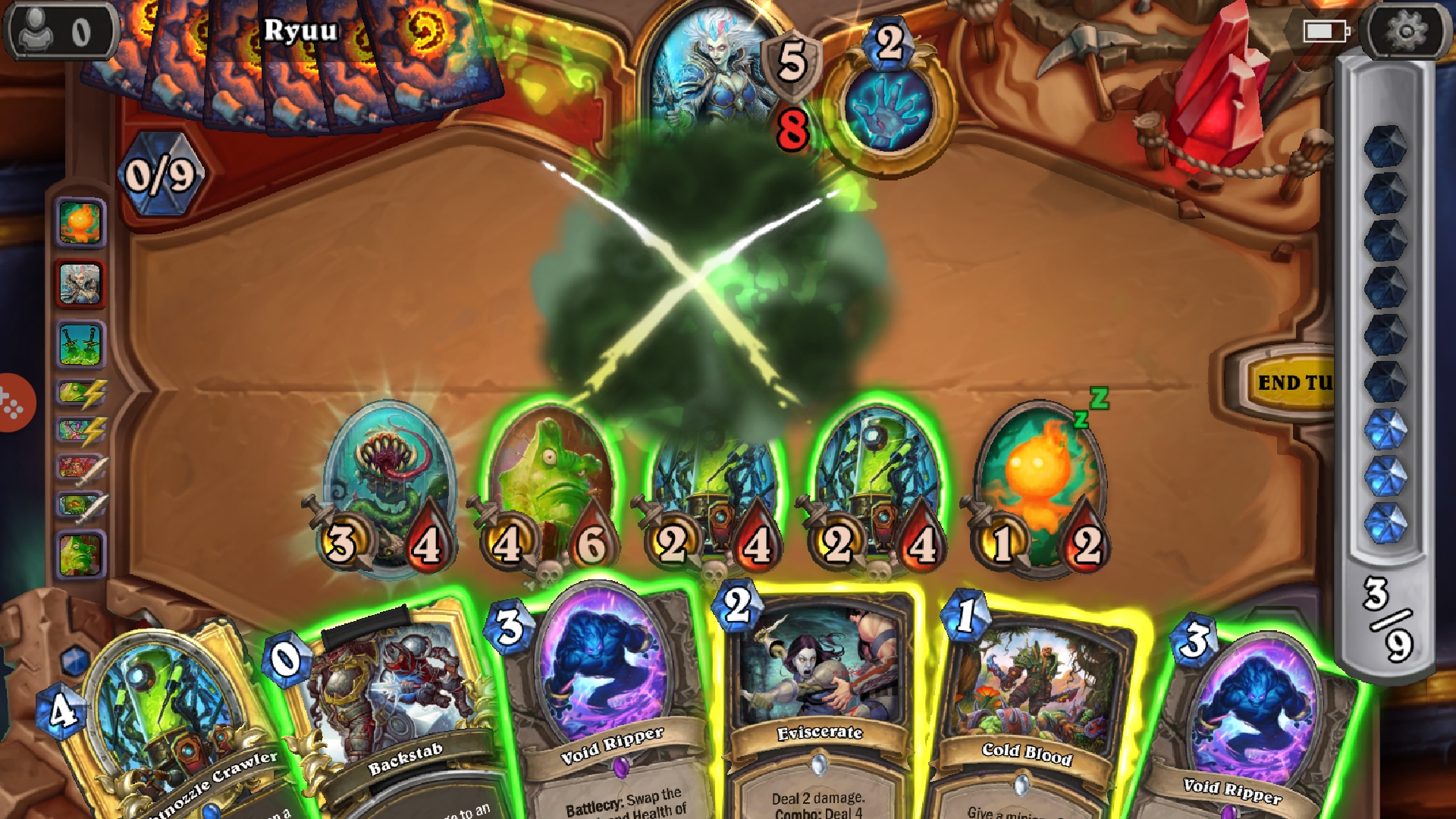 Moving on to Epic cards, Void Ripper is mainly there as a tech cards again decks that run a lot of Taunt. It doesn't have a direct replacement, but you can leave out one or both without impacting your performance too much. Carnivorous Cube is a bit more important but, again, it's not strictly vital.

There are plenty of options for cheap replacements. Mecharoo is pretty decent as an extra early minion. Plated Beetle does well if you want to tilt toward defence. And Kobold Illusionist can be a left-field inclusion to double up on Deathrattles.

If you've got them, there are some other Legendaries you can squeeze in. Myra Rotspring and Spiritsinger Umbra have obvious synergy. Bloodmage Thalnos gives your spells a bit more poke. None of these are essential, though.

Firefly is a great card for Rogue. Not only does it give you a turn one minion, you get another to save for triggering Combo effects. So keep one if you draw it.

Other early cards to look out for are Backstab and SI:7 Agent as they're great for keeping board control. The latter is especially useful if you've got the coin to trigger its combo effect on a third turn play.

Unless you're against an aggro deck, Devilsaur Egg is worth holding on to. It's an early target to get those Deathrattles rolling. If you can get a Necrium Blade or Cavern Shinyfinder to go with it, so much the better.

Your early game is all about board control. In an ideal world this will start with a couple of cheap minions. But if not, don't worry too much. You can use your dagger and direct damage spells to remove cheap enemy minions.

If you've got a Necrium Blade you can use that too, but be careful. A lot of decks in the current meta run Oozes to remove weapons, and you don't want to lose its Deathrattle effect with nothing on the board. Don't use SI:7 Agent without triggering that Combo, either. 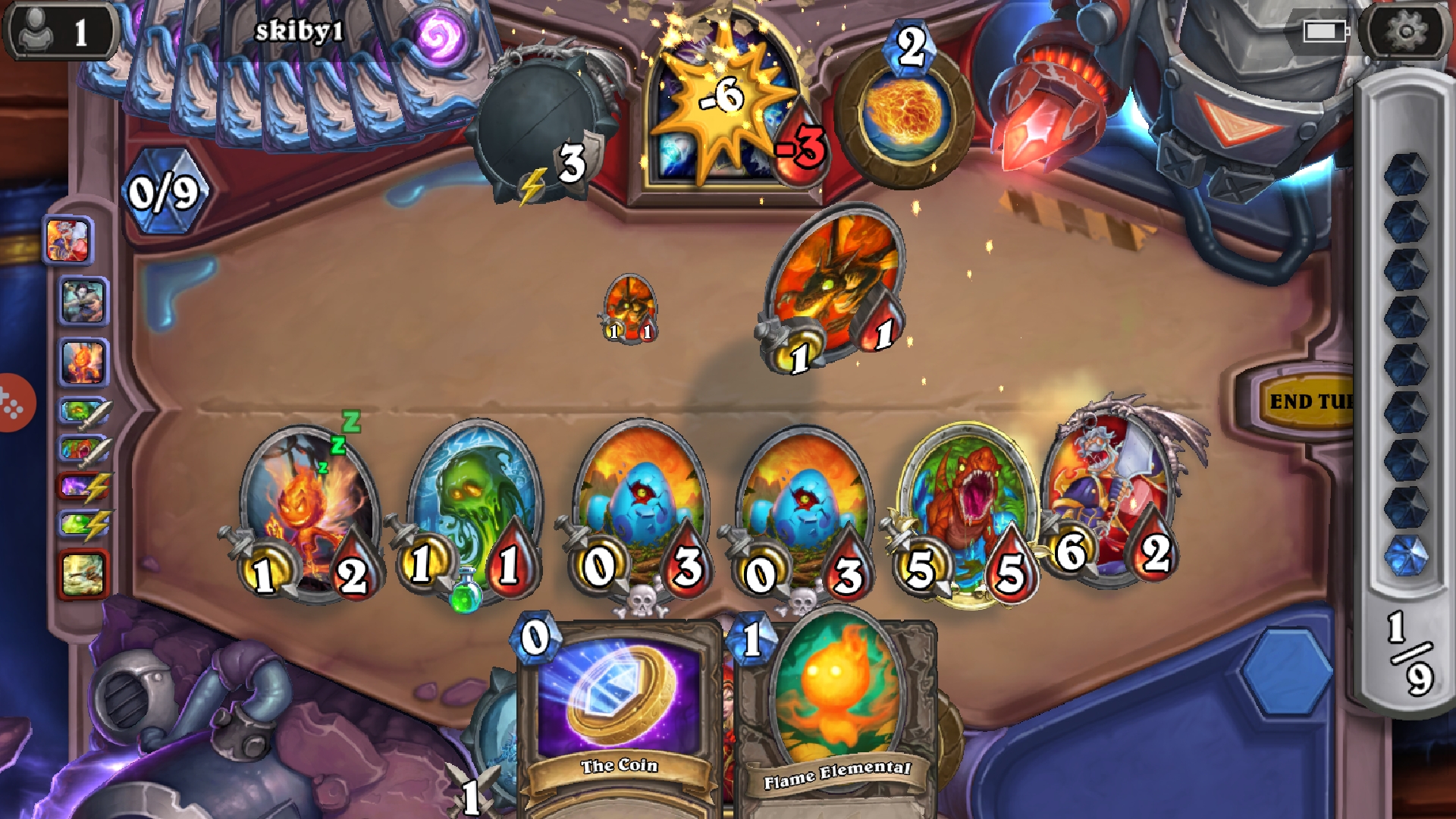 Blightnozzle Crawler can be a very helpful removal minion, but you need to deploy it with care. Look at your opponent's board, hero power and likely cards. If they can kill the Crawler and take out its ooze cheaply, it's not worth it.

Your other removal is the very powerful Vilespine Slayer but it's not well suited as a defensive card. It'll be turn four before you can play it at a minimum with the coin, and likely much higher. Use it in a pinch if you must, but it's better saved for removing big late-game threats.

If you can survive the first few rounds and keep the board as clear as possible, the mid-game is where your plan takes off. And the plan is simple: abuse Deathrattle combos until you win.

Your key targets are Devilsaur Egg and Mechanical Whelp. If you don't have either, triggering the combo power of Elven Minstrel should help.

Once you've got one on the board, your earliest trigger is Cold Blood on an Egg. You don't even need the Combo upgrade if you can't wrangle it. All that it takes is to give it enough attack to make a one-for-one trade. You'll come out best in the aftermath with a shiny 5/5 dinosaur on the board. 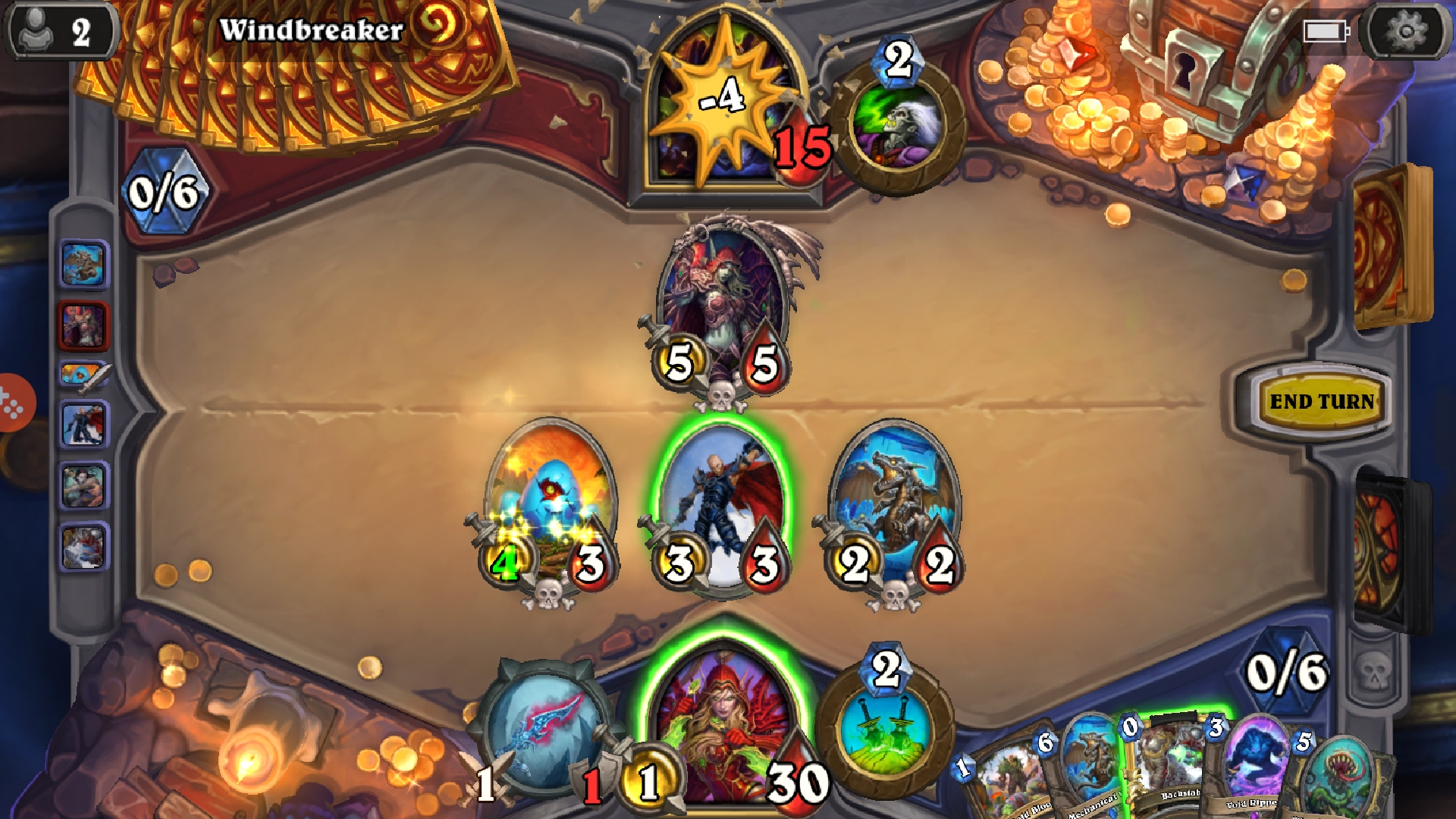 Next is Necrium Blade. In the unlikely event that there's not a target you want to attack with it, remember you can trigger its Deathrattle with your hero power. Bang: you've now got a powerful minion, with your original Deathrattle minion still on the board.

The best trigger, though, is Necrium Vial. That double effect can be a game winner. Playing it on Mechanical Whelp gives you 46 points of stats for 11 mana, which should swing most match-ups, except perhaps Control Warrior. And against that - or anything else - you can always combo Leeroy with two Cold Blood for a 14 damage finishing smash.