Telltale Games lays off majority of staff ahead of studio closure

Here's what it all means

Telltale Games, the studio behind games like The Walking Dead and Tales from the Borderlands, laid off 250 employees yesterday, leaving behind a 25-person “skeleton crew” to tie up Telltale’s “obligations to its board and partners”. According to a report from The Verge, many former employees are saying they were let go with no severance.

The studio released a formal statement on Twitter confirming the news:

Today Telltale Games made the difficult decision to begin a majority studio closure following a year marked by insurmountable challenges. A majority of the company’s employees were dismissed earlier this morning, with a small group of 25 employees staying on to fulfill the company’s obligations to its board and partners. CEO Pete Hawley issued the following statement: “It's been an incredibly difficult year for Telltale as we worked to set the company on a new course. Unfortunately, we ran out of time trying to get there. We released some of our best content this year and received a tremendous amount of positive feedback, but ultimately, that did not translate to sales. With a heavy heart, we watch our friends leave today to spread our brand of storytelling across the games industry.” 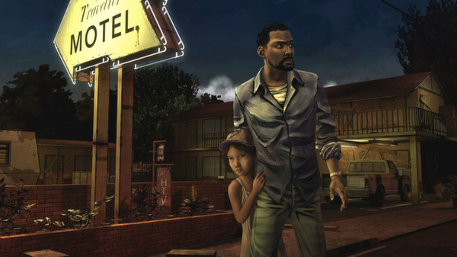 So what does this mean for the studio’s projects that were still in the works? The final season of The Walking Dead is likely cancelled, as the team’s entire staff has been let go, according to USGamer. Episode 2 has been completed, but chances are the story will never come to its full conclusion.

Telltale was also working on a Stranger Things project with Netflix, and that partnership is now up in the air. Sources affected by the lay-off seem to believe that the much-anticipated second season of The Wolf Among Us will also be canceled. Telltale’s remaining team will be working on finishing Minecraft: Story Mode before the studio closes its doors for good. Telltale is expected to make an official announcement on its final portfolio in the coming weeks.

There have been reports of turmoil at Telltale Games in the past. Following the smash success of The Walking Dead, staff were subjected to harsh crunch-time hours and a toxic work environment. The studio has also been plagued by financial troubles, and has laid off staff in the past.

Telltale Games was founded in 2004, finding its claim to fame when The Walking Dead launched in 2012. The studio is often credited with having a huge impact on the importance of interactive storytelling in video games.

Join in the celebration as Pirates of the Caribbean: Tides of War marks 500 days on the high seas

Could the actor's strike have revealed what Marvel property Telltale Games is working on?