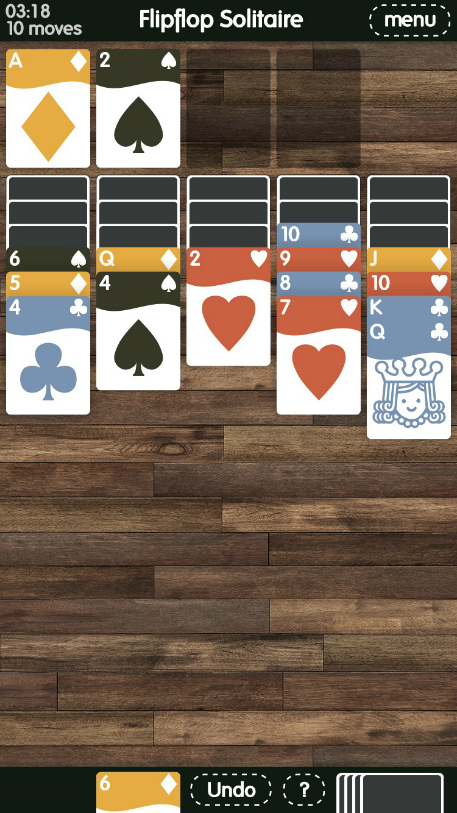 In Flipflop Solitaire, you can stack your cards up, down, or both ways, giving you a bit more flexibility. There is one tricky caveat, though. You can only move cards of the same suit stacked together around the board, rather than picking and choosing how you want to separate your stacks. This adds an unexpected layer of challenge that will force you to rethink everything you knew about solitaire.

Columnist Susan Arendt thinks the game is a mainstay for any mobile library. It’s a classic you’ll turn to again and again. You can download Flipflop Solitaire on both iOS and Android.