The midcore mobile MOBA isn't just a fine example of alliteration, it's also proven to be one of the most popular genres for developers to play around in. That's mainly thanks to Clash Royale, which set the template that almost every other game of that ilk follows.

And Warhammer Age of Sigmar: Realm Wars is no exception. Anyone who's played Supercell's smash hit is going to be instantly familiar with pretty much all of the mechanics that the game has to offer.

But there's enough going on in the game elsewhere, from gorgeous graphics to game-changing special characters, that it's worth checking out on its own merit.

The game is a one-on-one game of cards and slaughter. Each game lasts for three minutes, and you're aiming to score the most victory points by the end of that time. VP are given for destroying your opponent's tower, and for killing their hero.

It costs mana to play your cards, so you need to think about what to use and when, and after two minutes of a scrap your mana bar refill rate increases, meaning the last 60 seconds are often a frantic battle to the death. Or close to the death. 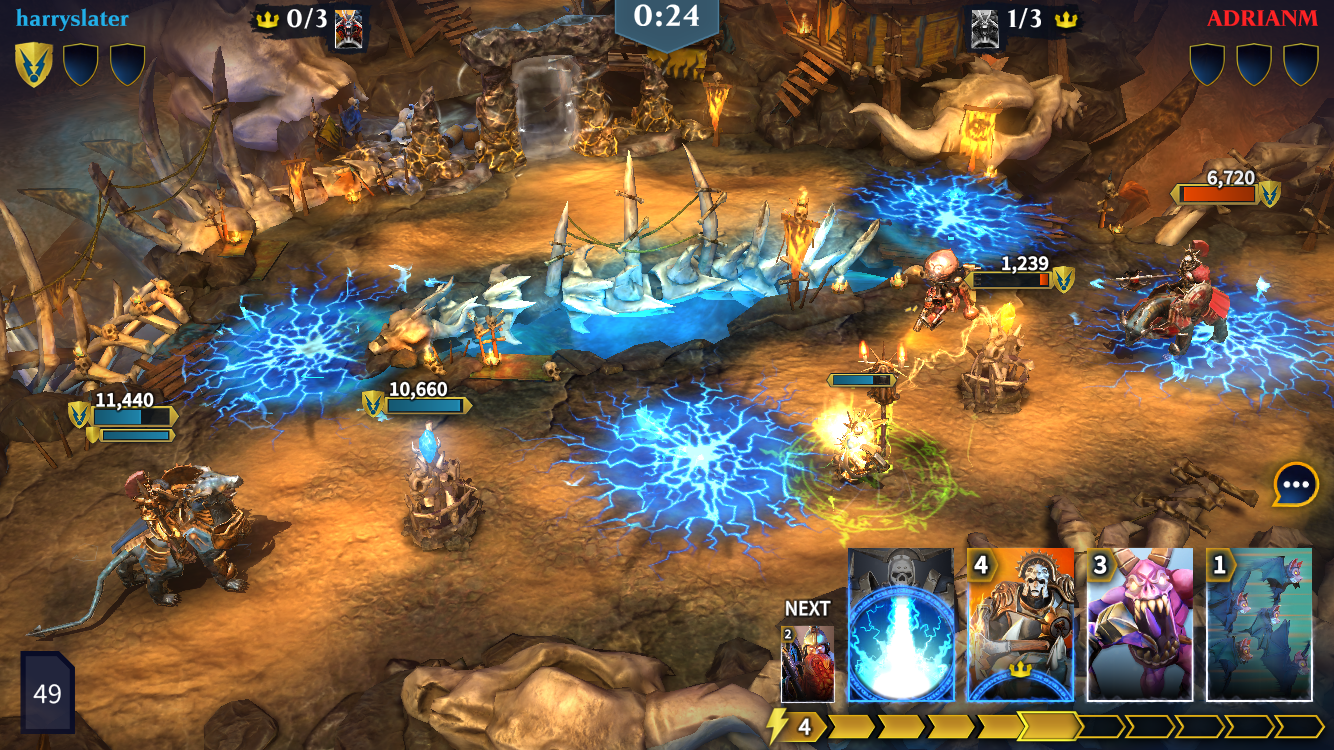 So far, so Clash Royale. There's more though. There's a lane above the main battlefield that leads past a door. Send three of your hero cards past that door and you'll unlock a special, free card, that unleashes a huge monster onto the play area to cause havoc.

Hero cards are expensive to play, and are denoted by a crown on their card. They have secondary moves that you can unleash once they're in the fray. These don't cost anything, but you need to use them before your hero meets their untimely end.

Your commander, which is essentially your king, also has a special move. This is on a cooldown timer, and it costs mana to use. Playing it at the right time can really change the flow of a fight though. 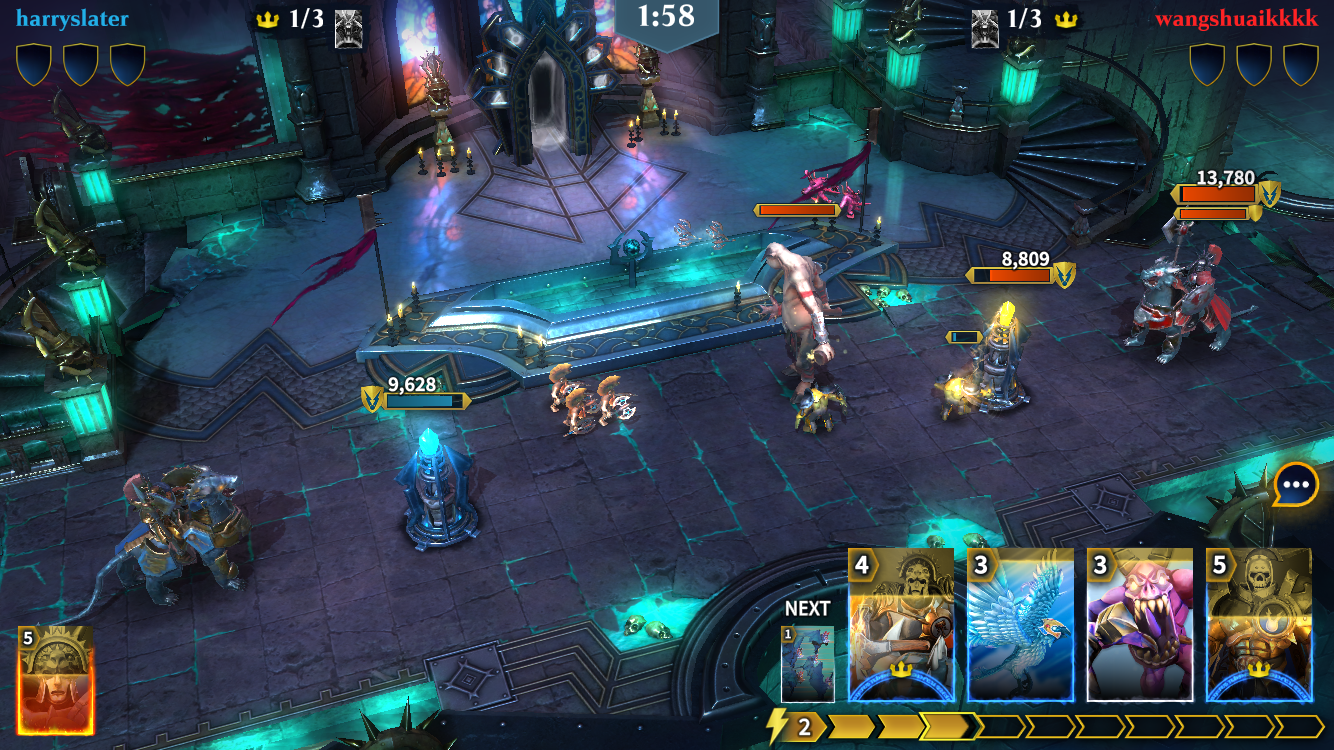 There are multiplayer leagues to work your way through, each represented by a different stage that you unlock when you've got enough battle points. Lose too many battle points and you'll be dropped down a level though.

Everything here is presented in gorgeous, chunky graphics, with slick animation that really captures the aura of the shuffling nightmares, proud warriors, and axe-tossing, mohican-wearing dwarves that you're unleashing on your foe.

Warhammer Age of Sigmar: Realm War doesn't add a whole lot to the Clash Royale template, but what it does throw into the mix lands pretty damn well. The extra focus of the second lane allows for more tactical play, and the balance of the spells and units mean smart players will be able to swiftly counter their opponents.

It's not as well balanced as Clash Royale, and there are times even at the start of the game where you're going to know after a few seconds that you're outgunned.

But when the game matches you with an opponent at a similar level to you, the resulting carnage manages to be exhilarating and controlled at the same time. And let me tell you, that's no mean feat.

Dive deeper into Chloe's story in Life is Strange: Before the Storm, out now on iOS

Check out the cards available in Magic: The Gathering's Jumpstart 2021 Sliver Assault pack