Welcome to Susan Arendt's latest column on Pocket Gamer. In 2018 we've recruited the best writers and most experienced gamers in the industry and asked them to inspire us. Today Susan takes a look at Flipflop Solitaire, another clever card game from mobile genius Zach Gage...

Zach Gage understands mobile games on, like, an atomic level. He just gets what makes something perfectly suited to being played on a phone, and regularly crafts elegant new takes on familiar games.

Spelltower doesn't reinvent the word game, it just makes it more beautiful and interesting. Really Bad Chess is... well, it's chess for people who can't stand chess. (Or at least who can find someone to play with who isn’t totally smug about winning.)

Sage Solitaire was a clever twist on ye olde phone standby of Klondike, but Flipflop Solitaire is something else altogether. It's the kind of thing you put on your phone and leave there forever. It's one of those games. 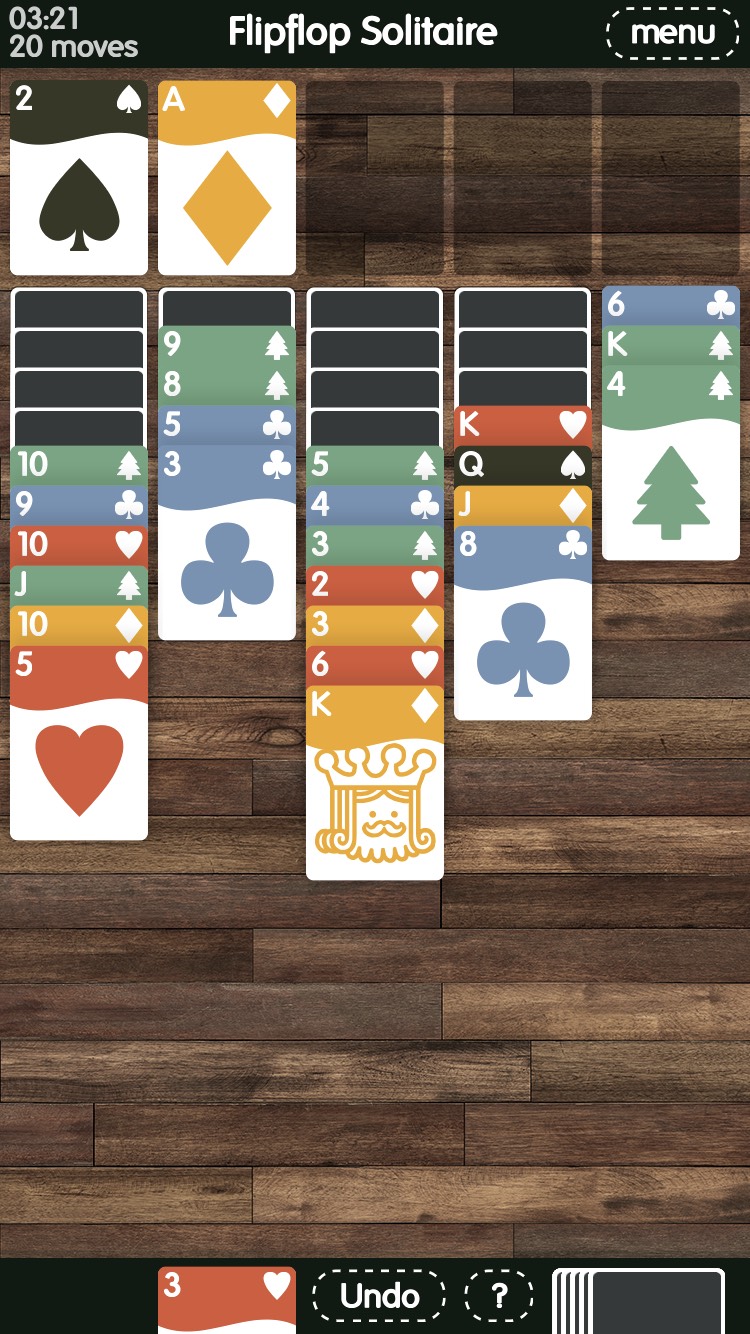 So, we all know the basics of solitaire: deal a bunch of cards onto the playfield, then move them up to build piles based on a particular set of rules. The version most folks know is Klondike, where your goal is to build up from the Ace to the King and you can move cards around by placing them on higher cards of alternating colours. Red three on a black four, that sort of thing.

Flipflop keeps the first bit but tinkers with how you can move cards on the playfield. You can build up or down and don't have to pay attention to the colours at all. A black three could go on a red four *or* a black two.

Stack cards of the same suit in order and you can move them around as a single card. If I've lost you, don't worry - it's all very clear once you actually do it.

Here's the important bit, though: you're basically stuck with what you've got on the playfield when you start. There are a few more cards in the deal pile waiting to come out, but for the most part, you need to figure out how to use the rules to your advantage to get different cards where you need them to be.

It may look like a card game, but it's actually a puzzle. How can you dig that 2 of hearts from beneath the six random cards that have been dealt on top of it - without hopelessly burying something else in the process? 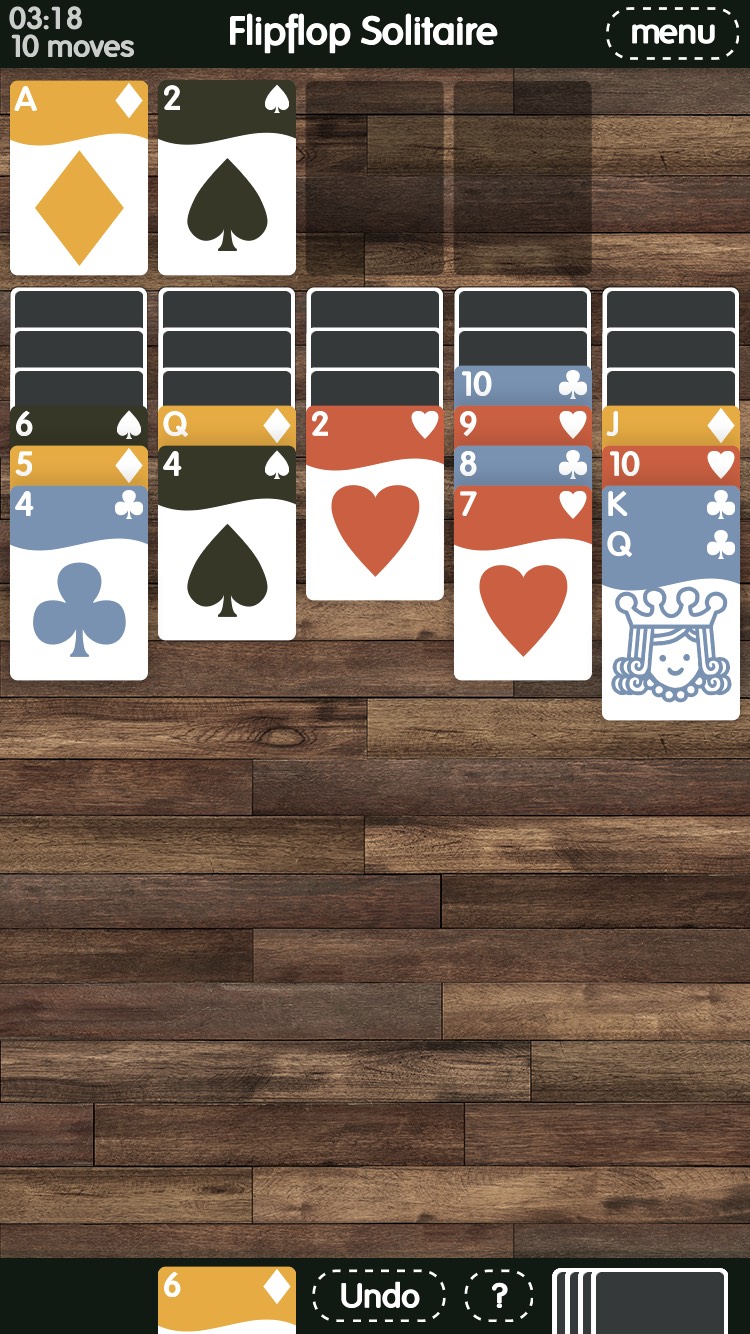 Puzzling out what to shift where is a pleasant diversion when you're only using one suit, but as soon as you start adding more types of cards, things get very messy, very fast. I'd say the percentage of time spent staring at the screen thinking some version of "Well... heck. Now what?" goes up by about 10% with each new suit you add. (Do the math for Five Suit. Yeahhhhhhh.)

As the complexity increases, your strategy becomes dramatically more important as each shift of the cards inevitably puts something in an awkward position. Try all you want to keep your playfield tidy, you're going to have to tangle certain things up to straighten other things out. Five Suit games of Flipflop are not for the faint of heart.

But that deviousness is what makes Flipflop Solitaire perhaps the pinnacle of move-cards-around gaming is its flexibility. If you want a mildly challenging round of solitaire, just play Single Suit. If your flight's been delayed again, on the other hand, it's time to dive into Five Suit.

Solitaire innately relies on a certain amount of luck that makes it a good time waster but not mentally stimulating; you never really feel like your choices have true impact on your game's outcome.

There's some luck of the deal involved in Flipflop, too, but not enough to rob your moves of agency. The choices you make are what determine your ultimate success or failure, not the vagaries of how the cards were set up.

Good luck! And just remember - the Undo button means your game didn't count. (Not really. Unless you're a smug purist like me.)

Read more of Susan Arendt's columns on Pocket Gamer, and find out more about Flipflop Solitaire at the game's official site. If you're looking for more columns, then check out Harry Slater and Jon Jordan, who are always on-hand with sharp, tasty opinions too.

Fortnite's getting its very own Nintendo Switch bundle