So you want to be a big baller? Well, that's no surprise, we all aspire to that. And the good news is, we have Big Big Baller to fulfil our wildest dreams.

Here you're going to slide your finger around the screen and roll objects in the world onto you, but only if you're big enough. It's basically Katamari Damacy, yeah.

It can be tough to start if you don't know how and where to roll, which is why we've got you covered. Here you'll get the info you need to make sure you come out on top in every single match. Roll towards victory. 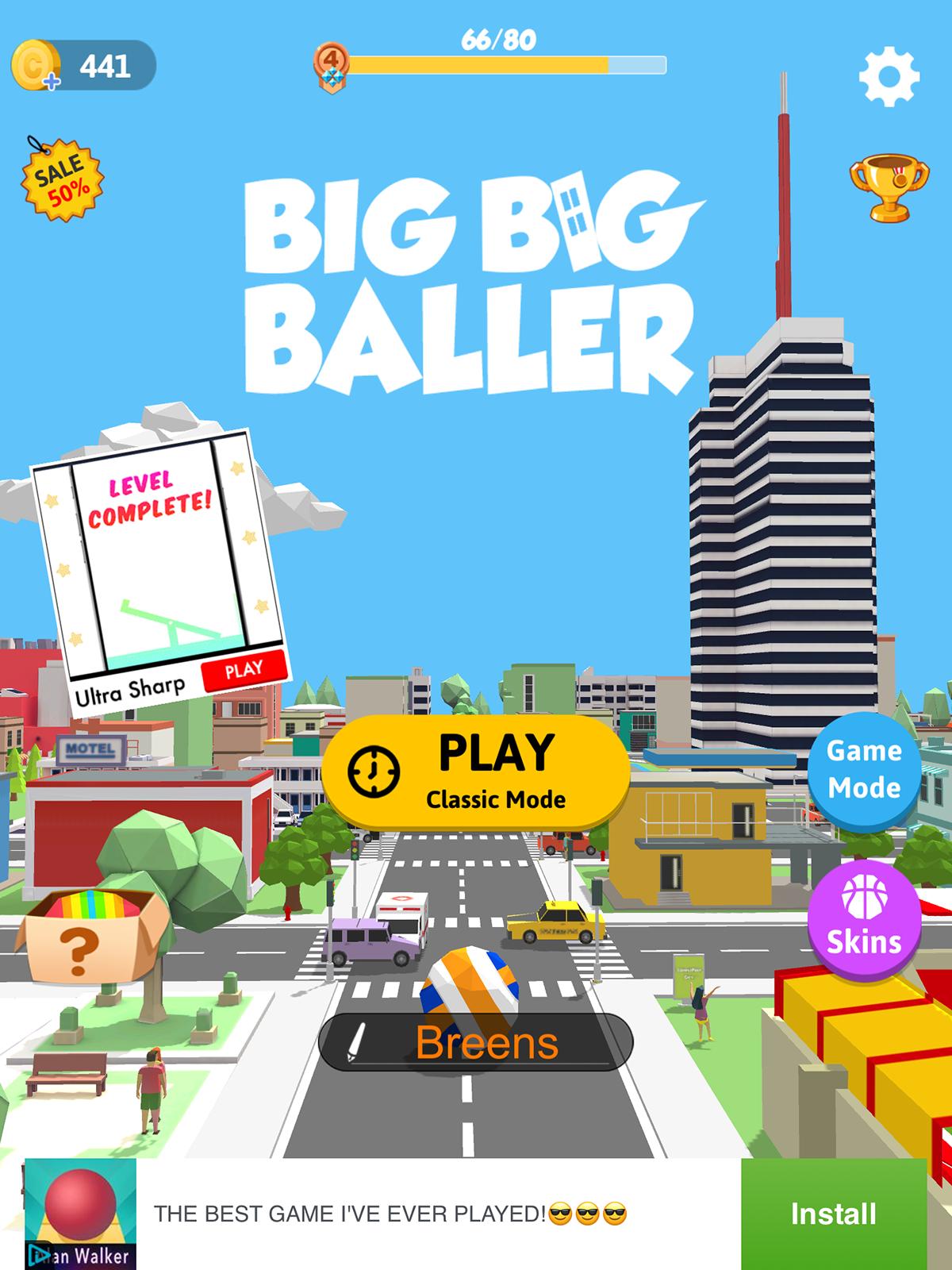 That means you can't go immediately for the big prize, and instead, must work your way up from the little fish.

This means your early targets should be people, fire hydrants, and other smaller targets often found on the paths of the city. 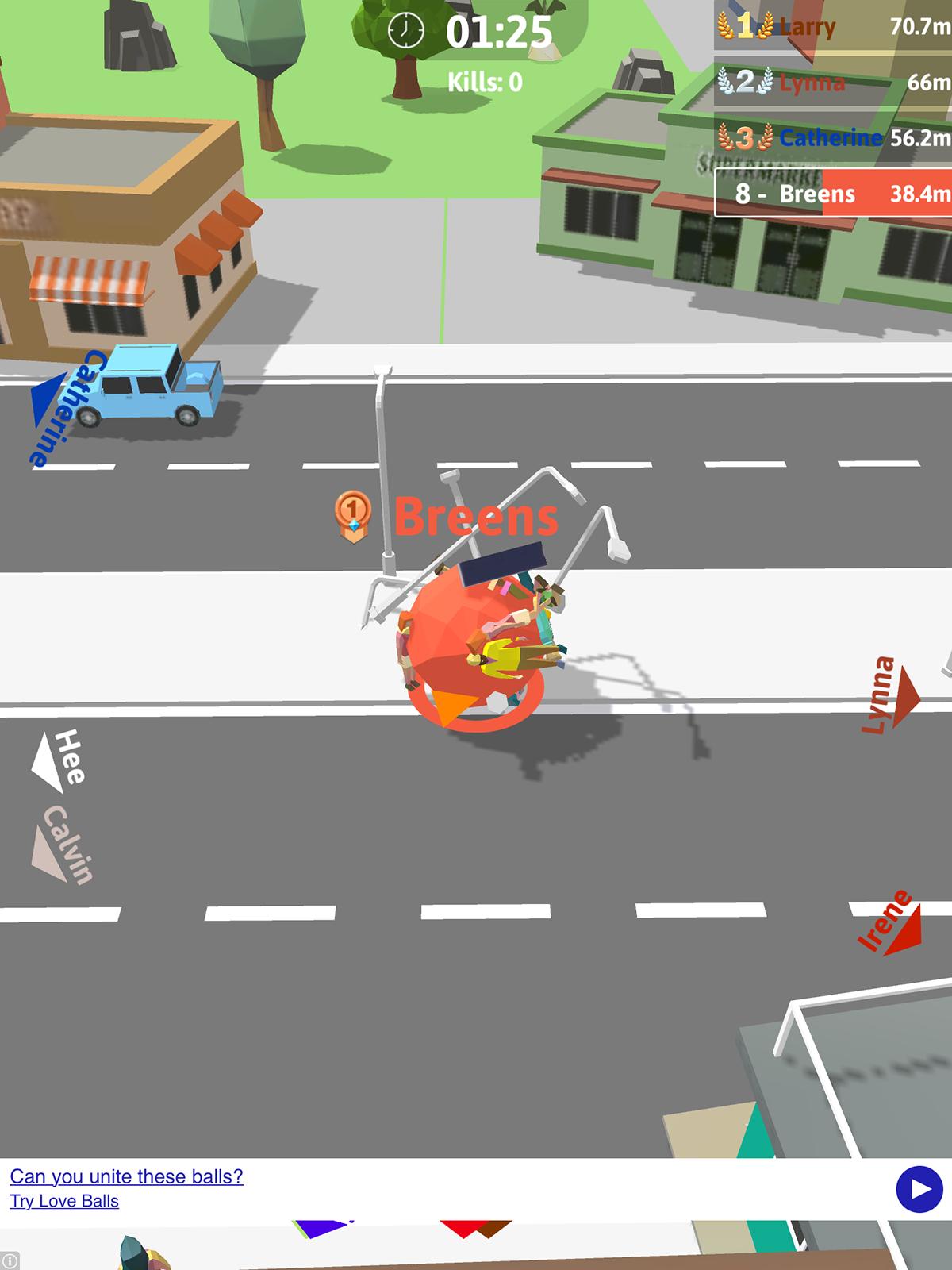 Once you've absorbed some of those things, you can move on to patrolling the roads.

Rolling into oncoming traffic is a great way to grow here, though you'll only be able to absorb smaller cars and vehicles to start.

Once you're able to grab trucks though, things start stockpiling incredibly quickly, and the road will be easily mastered. 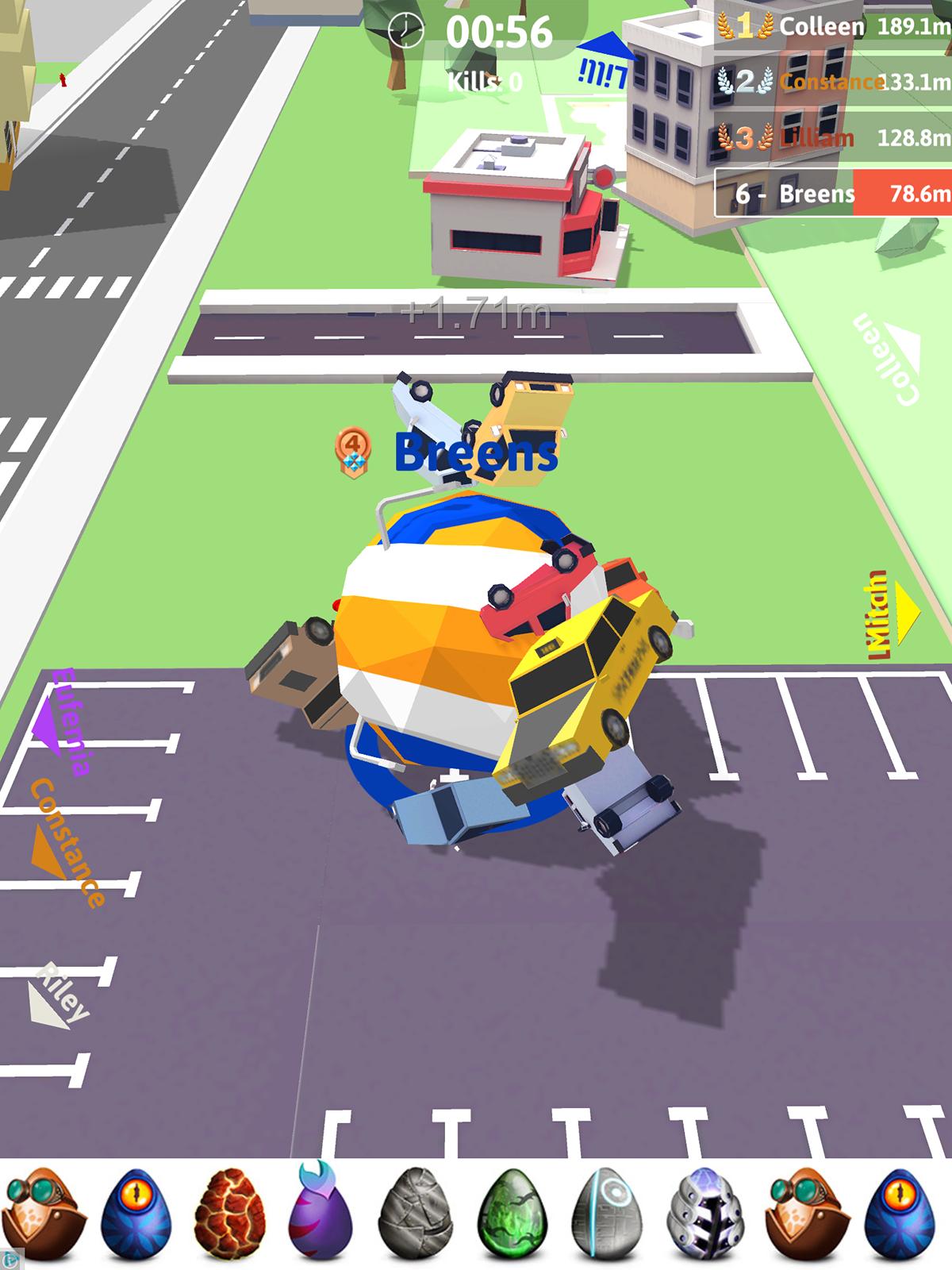 Now you've got a few trucks stuck to you, it's time to eat up to entirety of the road, just roll right on through the middle.

After traffic's been cleared out, it's time to renovate the city. Rolling right on through buildings. Just go nuts.

At first you'll only be able to grab smaller buildings, but there are large clusters of them, which will make you grow incredibly quickly. 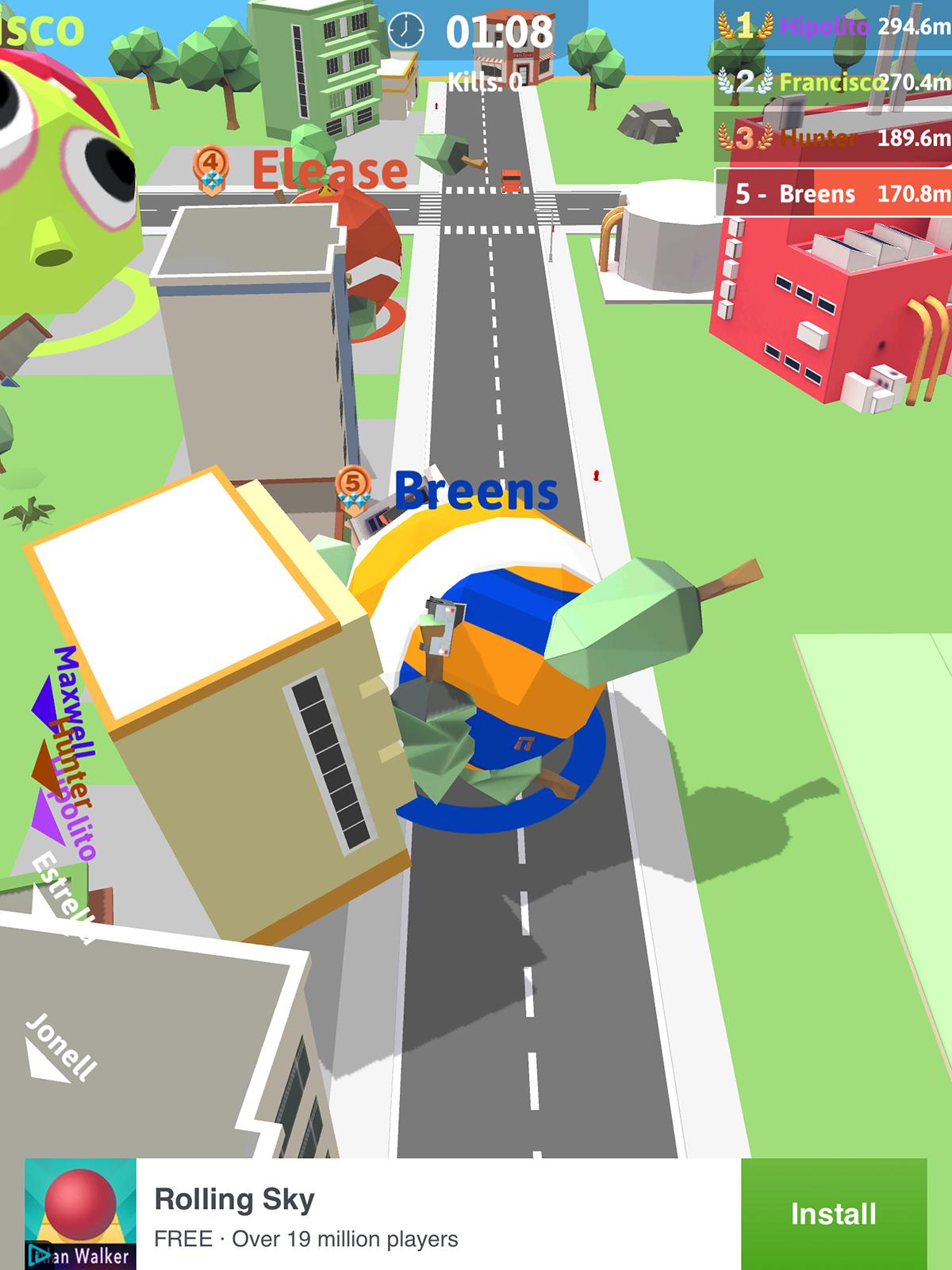 Once you're able to roll through a city block and just eat through the buildings contained within, there's no stopping you, it's done.

And to prove it, your next target will be other players.

That's right, if you're a truly big baller, you can roll right over other players, hindering their progress, and enhancing your own. Plus, it's satisfying to splat them out. 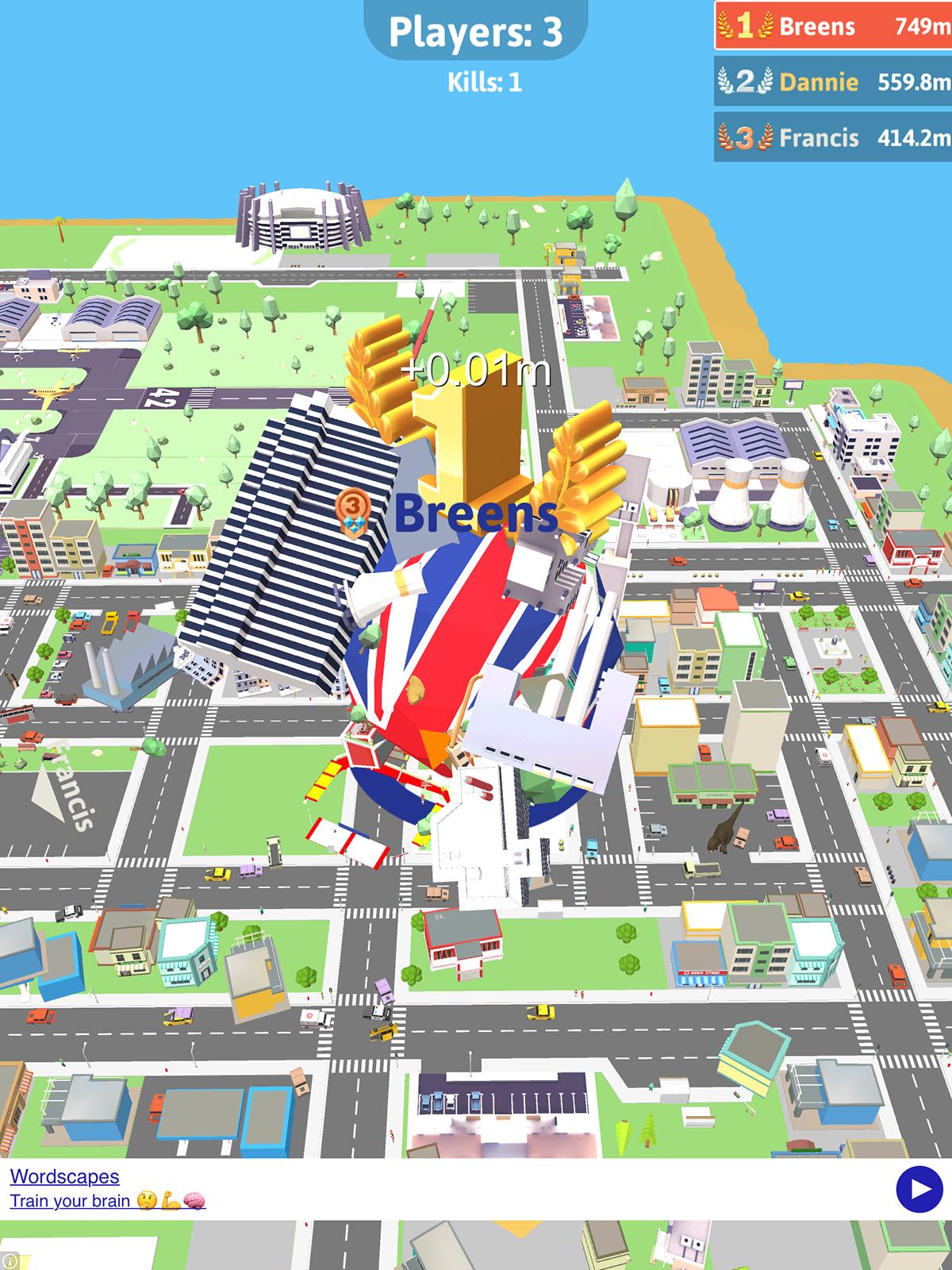 Snake VS. Colors cheats and tips - How to play and score high

Explore the world of Dragalia Lost in two new trailers