Everything's in tatters. There's crime everywhere because I can't afford a police station. My dedication to green energy is causing city-wide blackouts. And, of course, I'm heavily in debt.

Within an hour of loading up Cities: Skylines, I was already overwhelmed and screwing everything up. But I was also having an absolute whale of a time playing it.

It's held back by some unfortunate performance issues, but if you're willing to put up with its errors, there's a fun and, at times, calming experience to be had here.

It wasn't always like this. Cities: Skylines does at least try to ease you in, with a fairly simple tutorial to teach you the absolute basics before it sends you off into the big bad world. 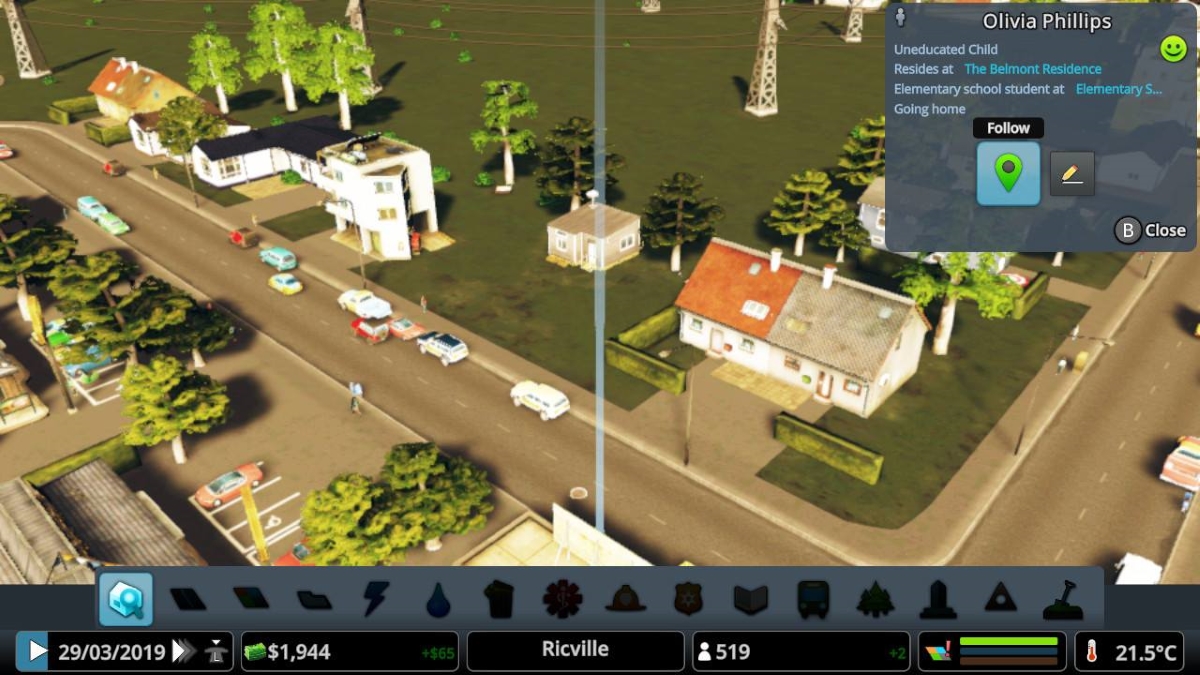 You'll learn how to put roads down, set zones so that buildings will start to grow, how to connect energy, and how to sort out the water. From there, you're on your own.

There are no real goals here. You have citizenship milestones to hit - get a certain number of people living in your city and you'll unlock more things to play with. But beyond that, it's very much about making your own fun.

Most of your attention will be fixed on balancing the need for residential areas, business districts, and factory areas. Keep these in check and your city will grow and prosper - or so you'd hope.

Before long, if you're playing the way I did, you'll be totally understaffed at the factories, unable to afford new wind turbines to power areas, and have your streets rife with crime once the Police Station becomes available to purchase but you're too poor to afford it.

These moments of sheer panic are actually pretty fun. Desperately trying to put out every metaphorical and literal fire that crops up in your growing city is a frantic good time, and the feeling of satisfaction you get from solving a problem is second-to-none.

If you prefer a life without challenges, you can also set the game to give you unlimited money and have every milestone unlocked from the beginning. This lets you live out your city-building dream without limits, allowing you to focus on how everything looks instead of worrying about if it all works. 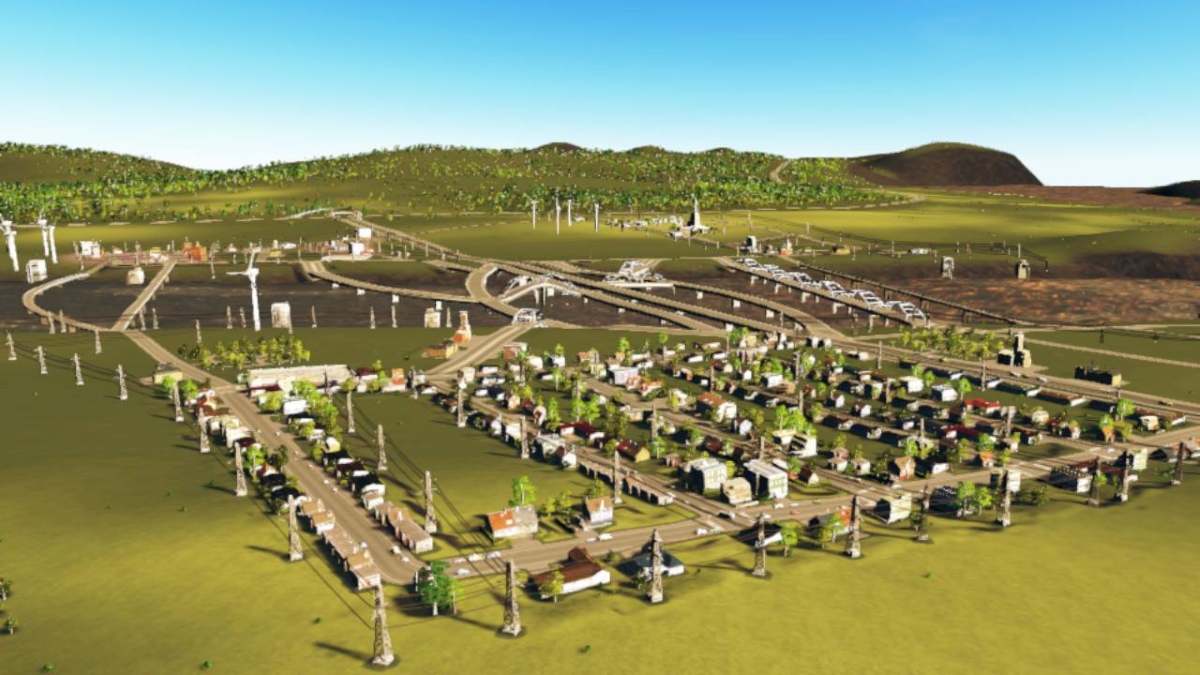 It's here that Cities: Skyline becomes a lot calmer and more relaxed, offering up a more serene experience than the regular game - until the performance issues come knocking on your door.

Grow your city too large and the framerate drops considerably, especially if you dare to zoom in and see what's going on in town up close. The game even locks up at times, though not for very long, but it's noticeable enough to be worth mentioning.

It's not a total game-killer and may well be patched out in future. But if you're expecting a buttery smooth experience from start to finish, you won't find it here.

What you will find is a very fun and interesting city-builder, full of all the diversions and decision-making you'd expect from a game that overtook SimCity in popularity not too long ago.

With some minor improvements to performance, this could be a truly brilliant game. Unfortunately, it's held back just a little too much by sloppy framerates and occasional freezing.

Cities: Skyline is sometimes frantic, sometimes peaceful, and great fun to play, but performance issues plague it at almost every turn
By Ric Cowley
| Sep 18, 2018 |
Switch
Find out more about Cities: Skylines

South Park: The Stick of Truth heads to Nintendo Switch next week

Surprise, hardcore sim Cities: Skylines is out now on Switch