Big it up for this spell-powered mage

Big Spell Mage is perhaps the best of several attempts to make the most of the Mage Death Knight card. Frost Lich Jaina is very powerful has proved too slow to be competitive. Especially since Ice Block got removed from Standard play.

The Boomsday expansion, though, gave the deck a few extra defensive pieces to make up for the gap. Right now it's one of the very best decks around.


The good news is that a lot of the legendary and epic cards in this deck are replaceable. Astromancer, Meteor, Dragoncaller Alanna, Bright-Eyed Scout, Arcane Tyrant, The Lich King, Alexstrasza are all non-essential.

The bad news, though, is that the likely replacements are just as expensive. However, if you've got the right cards lying around, you can still make the deck work. 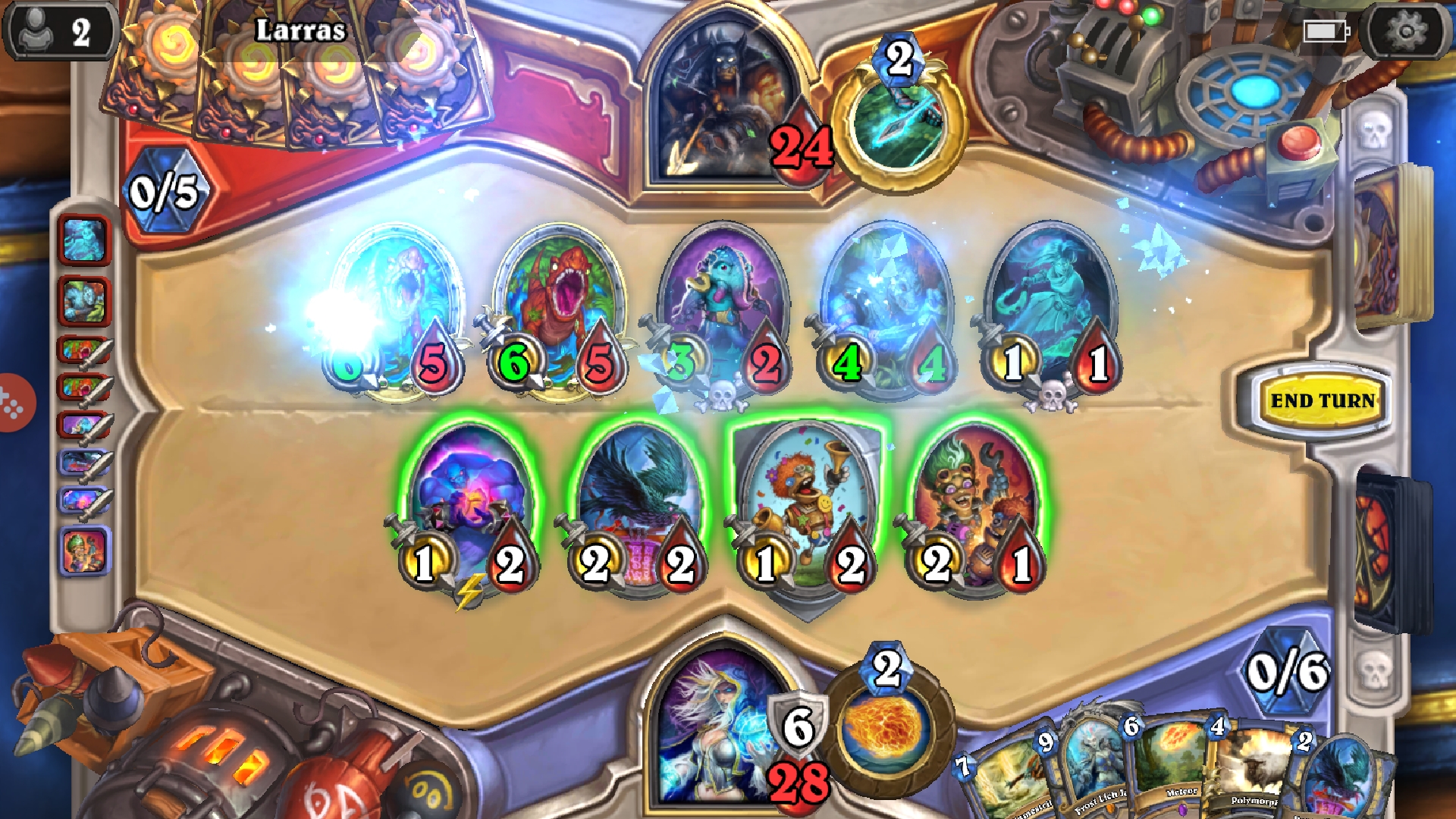 The real budget inclusion is Stonehill Defender. It's two solid defensive cards in one. Other alternative defensive cards include Tar Creeper, Rotten Applebaum and a second Flamestrike. So if you're short on dust, throw a couple of those in.

Other substitutions are just as expensive as the cards they replace. Arcane Keysmith is a worthwhile inclusion, for example. So is Sindragosa and a single Pyroblast.

Your early game is weak, so a good Mulligan is helpful. The cards you want most are Doomsayer and Raven Familiar. The latter is your best early defence, while the Familiar is a useful early body which will likely draw you a card.

If you feel you're up against a fast deck, hold on to Dragon's Fury, which will often give you a turn 5 board wipe. At the opposite end of the scale, the best card to keep against control decks is Frost Lich since she's your main win condition.

Other keepers are situational. If your opponent's class run weapons, you can hang on to Gluttonous Ooze. Against Priests or Druids, Skulking Geist has the ability to cripple certain builds.

This deck is all about defence. From the outset, the whole plan is simply to stay alive until you can work that Frost Lich Magic.

Your earliest aid is Doomsayer. At its best this both clears the board and forces your opponent to waste a turn. At worst it'll eat either 7 points of damage that might head for your face, or a Silence effect. All are worthwhile. 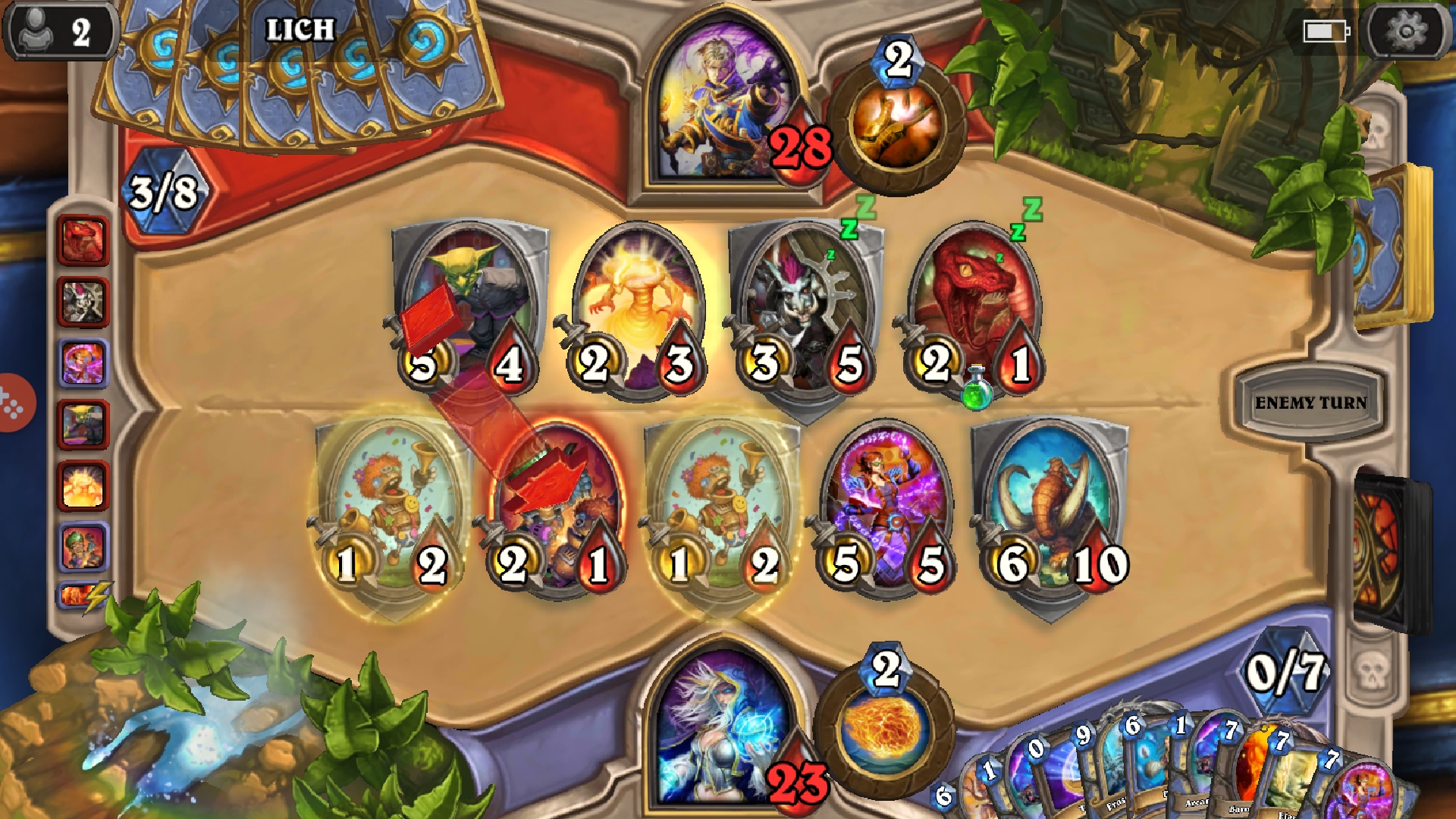 Don't drop Arcane Artificers early. You want to combo one with an expensive spell for some super helpful armour. If you can defend one behind a Taunt for a second helping of armour, so much the better.

Get through to turn five and you can start dropping more effective blocks on the board. Giggling Inventor should keep you safe from damage for a turn. So should Blizzard.

There are some very powerful area of effect spells in this deck to clear the opponent's board like Flamestrike, Meteor and Dragon's Fury. Indeed the latter is the key reason for all those other expensive spells in the deck, ensuring at least four damage.

But be aware you want your opponent to play into your spells. You want as full a board as possible before you wipe. So if you can, stall with blocks first before you drop the bomb.

To deal with single big threats, you've got Polymorph and Voodoo Doll. Be aware that both combo well with Frostlich Jaina, giving you a 1-health target for your power.

This deck pretty much revolves around a single win condition. It's all about Frostlich Jaina, although if you run Dragoncaller Alanna, she has the power to close out some games early. 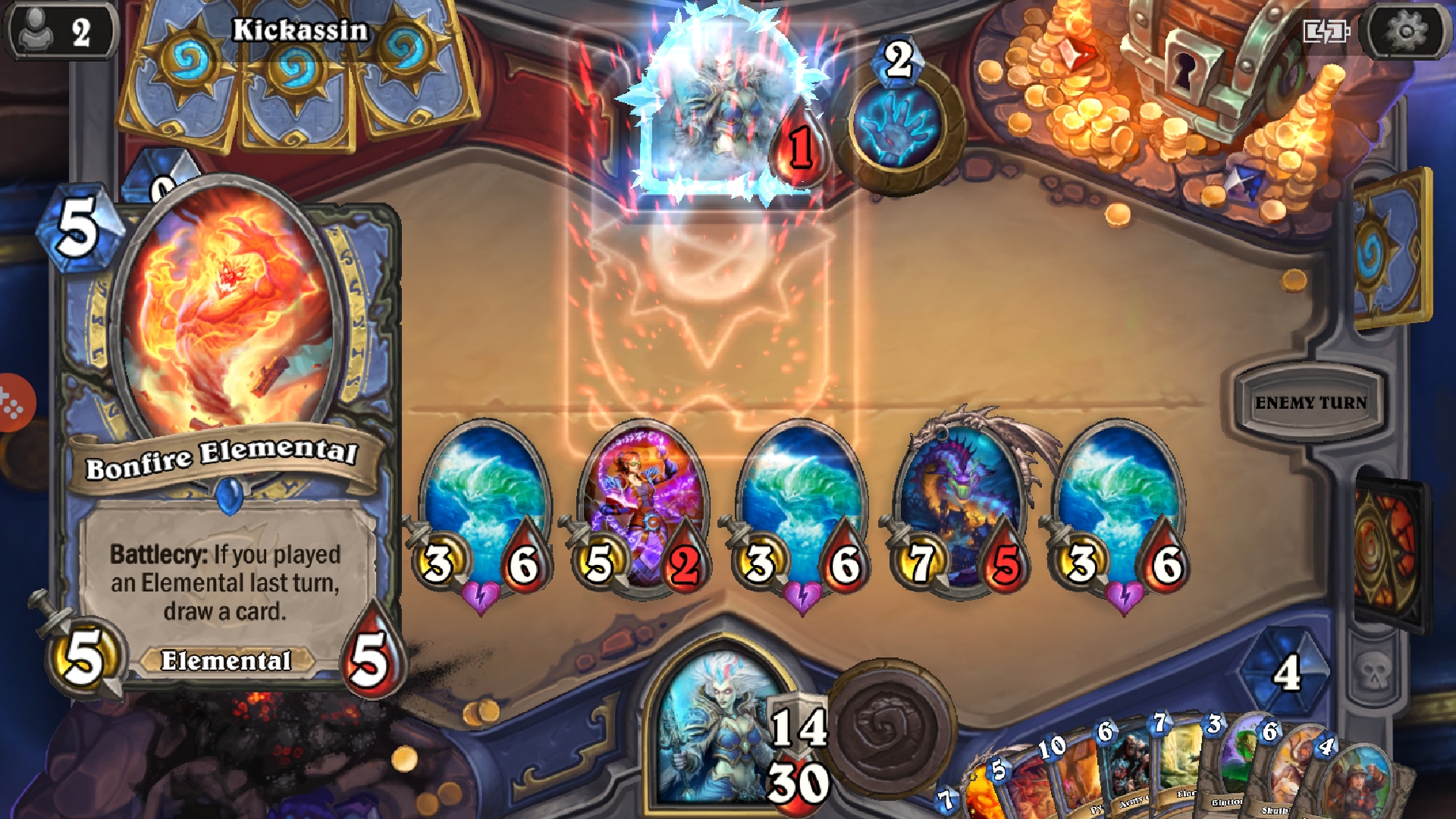 Your defensive cards are all in there to get you to the point where you can play her. Along the way there are additional minions to bolster your board presence. Astromancer should summon a tasty companion. And Bright-Eyed Scout is odds-on to save you mana.

Try and save the Frost Lich for a dead turn if you can, where you don't have any immediate need for defence. Once she's in play, you want to be using that hero power to generate life-stealing Water Elementals. It works just as well on your own minions as the enemy, so be on the lookout for any opportunity to get minions to one health.

Baron Geddon can be a good defensive card in an emergency. But after the Frost Lich he becomes an unholy terror, since the damage generated by his ability also has Lifesteal. It's often enough to bring you back from the brink of death.

Water Elementals are hard to get rid of due to their six health and freeze effect. Once you've got a couple on the board, you can usually stroll your way to a slow victory by Freezing and Lifestealing most other decks out of the game.

Be aware that some decks can still beat you. That's where Skulking Geist comes in. It deprives some of the biggest threats, like Hadronox Druid, of their key combo cards. It's also brutal against weenie builds like Zoo Warlock. Try to save it until you've played your Arcane Artificers if you can, but it's more important to flush those cards out early.

Dive deeper into Chloe's story in Life is Strange: Before the Storm, out now on iOS