Time to get defensive

However aggressive it looks and sounds, warrior has always done best on defence. Odd warrior, though, is the most extreme defensive deck yet.

With an upgraded hero power providing four armour per turn, an enemy needs significant board presence just to damage you. Add in a plethora of board clear effects and you're sitting pretty. Right up until you rush them down with an army of Mechs.

Pricey, right? And that's not the worst of it: there are more expensive versions of this deck floating around. However, a lot of the cards are tech cards you can swap in and out depending on the meta. Let's break it down a bit.

First, Baku is essential as it makes the whole deck work. Most of the other legendaries are not essential, but expect your win rate to drop alongside the ones you leave out. Dr. Boom is the next most important on the list as it's an important win condition against other control decks. 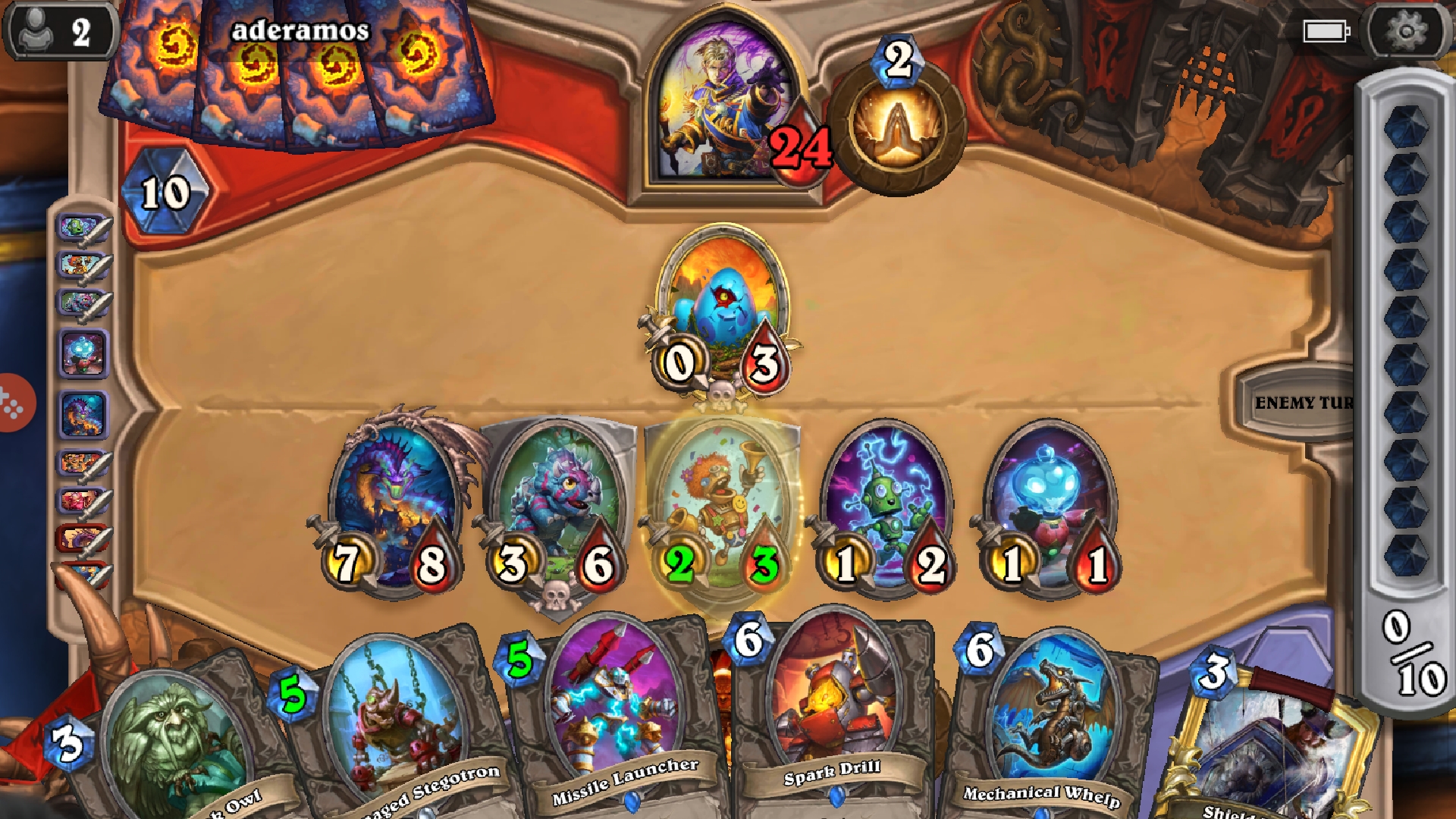 Zilliax is very useful as a defensive aid, but it's not critical. Finally, Elise the Trailblazer and Azalina are the least important expensive cardd in the puzzle. They're only there to keep you out of fatigue a bit longer, and can be replaced.

On to epic cards. Neither Gluttonous Ooze is not essential but it's a helpful tech. Supercollider is rather more important: it's an incredible removal tool. You could run Firey War Axe instead, but try to include one Supercollider if you can. All the other Epic cards are essential.

The cheapest way to fill gaps is by throwing in some other mechs if you need to: Bronze Gatekeeper and Rusty Recycler are reasonable.

In another oddity for this odd deck, you don't need to worry too much about the mulligan. Your initial few turns will almost always involve armouring up, by which time you'll have drawn some playable cards. But it's a free swap, so you might as well go for it.

Your only reasonable turn one play is Eternium Rover, so hang on to that if you have one.

The next best things to keep are Stonehill Defender and Reckless Flurry. The latter is a cheap speedbump that gives you access to another speedbump for later play. Reckless Flurry, meanwhile, is effectively a board wipe against most decks, keeping you safe to rebuild your armour.

If the class you're playing against has access to weapons, also keep Gluttonous Ooze. It's an absolute must against Druid, too, as it ruins Twig of the World Tree.

This deck is almost all about defence. So much so that you can win a lot of games through sheer frustration, or going through to fatigue. It's not pretty, but it's interesting to play, and it works.

First, a word on your hero power. You should be using it almost every turn, even as your opponents' board starts to build, because they're building it into your board clear spells. Keep on armouring up, even if it keeps you playing off curve, until your opponent has at least five, ideally more, attack on the board. At that point they're outpacing your armour and you'll need to act. 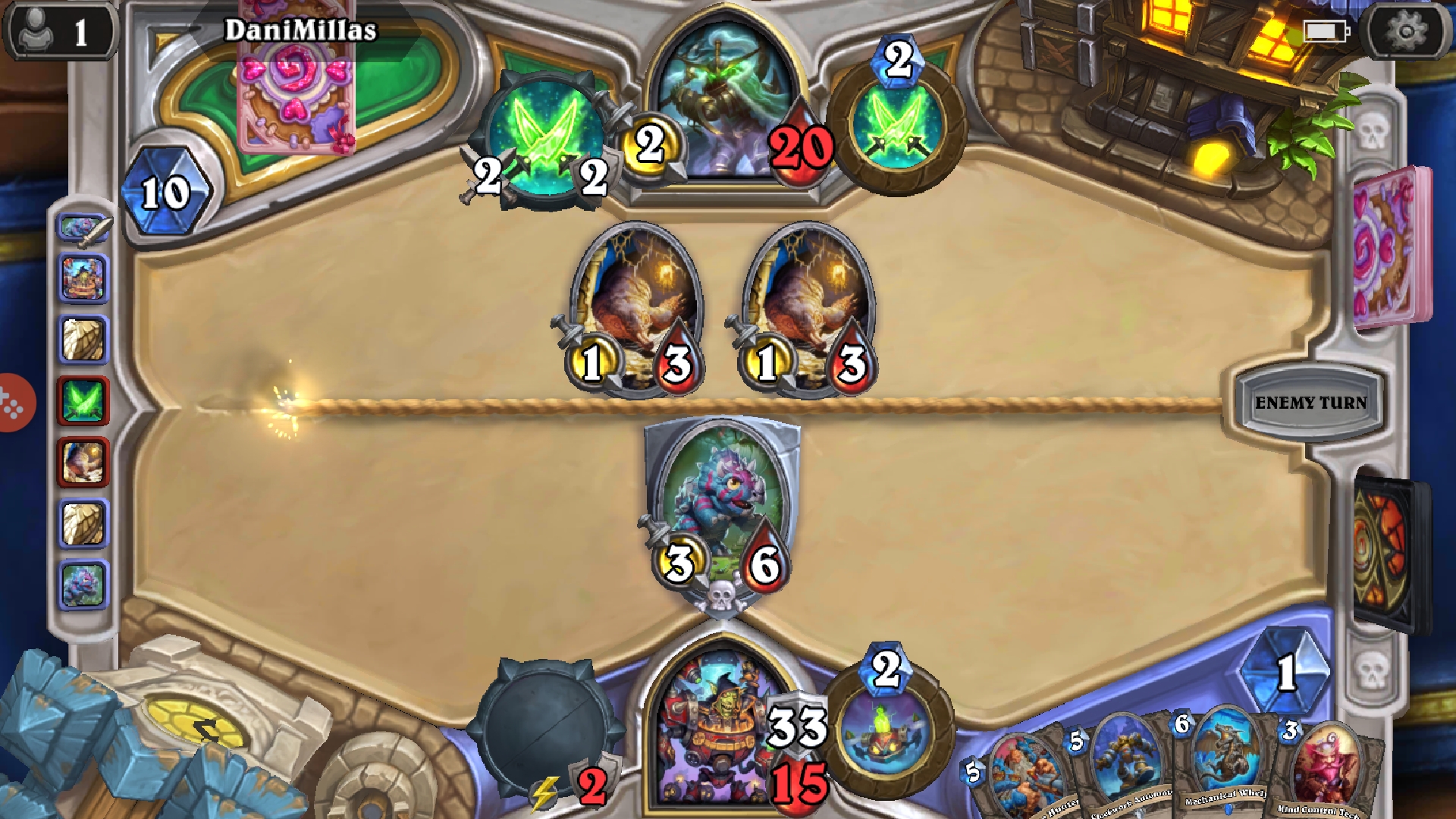 And you have so many ways to act. If you can make it to turn five without playing a card you can likely pinch an antagonist with Mind Control Tech. Or buy yourself a turn of respite with Stonehill Defender. And you'll have enough mana left over to still armour up again.

A quick word on a combo those two cards enable. If you've got a Mind Control Tech in hand, consider picking Cornered Sentry from Stonehill Defender. It ensures your opponent will have enough minions to steal one.

Your armour totals will reach such height that Shield Slam is essentially a 1-mana removal with no downsides. Save it for when you really need it. Same goes for Big Game Hunter: most popular decks run at least one high-attack minion this can clear.

Reckless Flurry is the best board clear around, but it leaves you defenceless. So either use it relatively early, or wait until your armour is down around the total needed to wipe everything out. That way you'll have the maximum targets to kill. Brawl is its less effective cousin, but still great for getting out of tight spots.

Supercollider is also an effective defence. Before using it, look at the board and choose your target carefully. Most of the time it can take out two minions if used well.

So your opponent didn't quit in the face of your 40 armour wall? Oh well, never mind. You still have plenty of other tricks to pull. 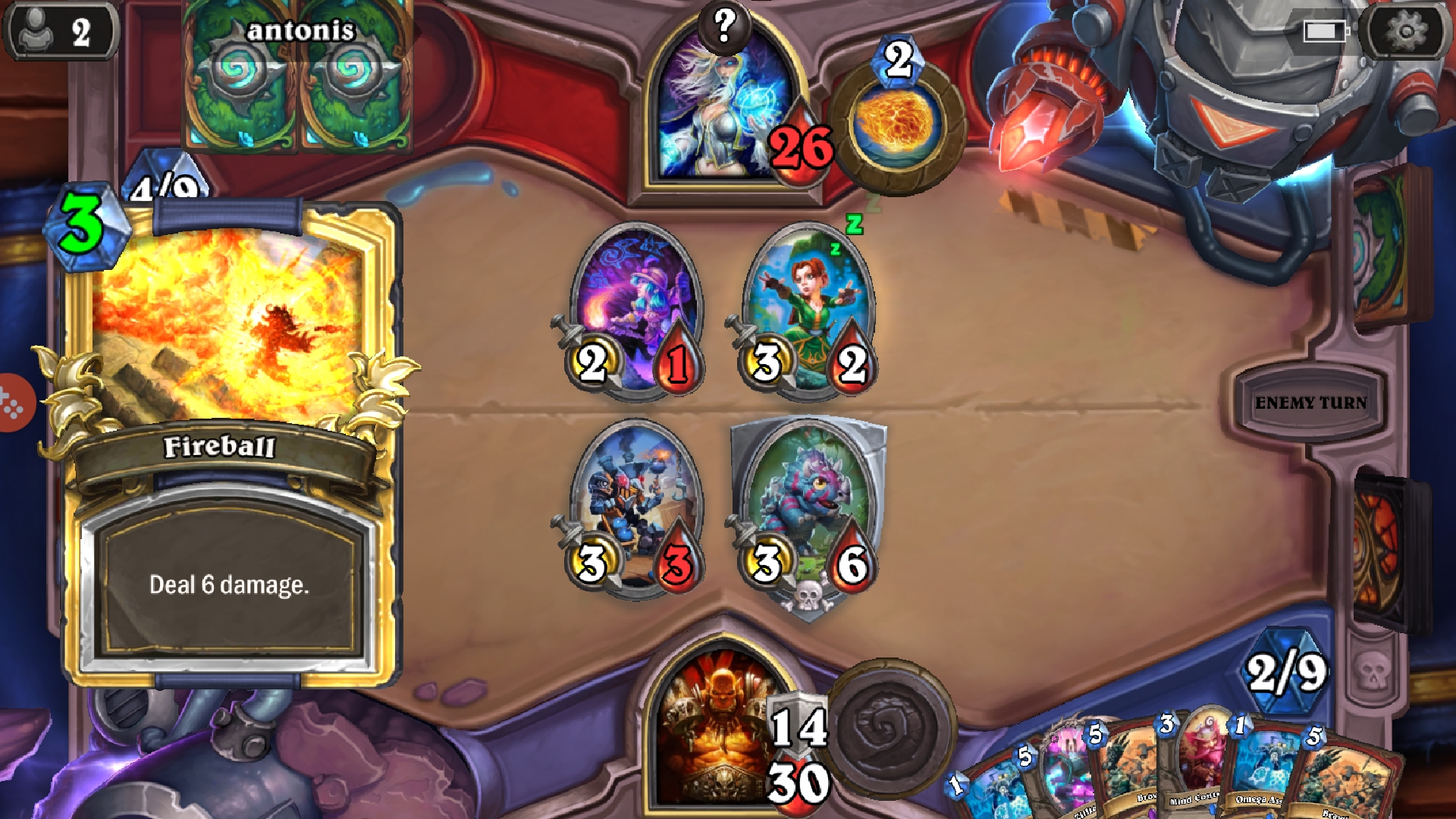 The top one is using Dr. Boom and Omega Assembly to build a late-game army of Mechs. Ideally as your opponent's deck is running out steam and has nothing to counter it. Be careful with Dr. Boom, though as playing it replaces your hero power. In most cases, you'll want to stick with armour as long as possible.

That should see you past most builds. If in doubt, you can save Ironbeak Owls to Silence key combo pieces rather than the traditional use of removing Taunts. You're in no rush after all. You'll do better against control Warlock making sure you can Silence Rin than a Voidlord, for example.

What's left are specific fatigue builds, in particular Druid ones using Hadronox and Togwaggle. You'll likely suffer against these unless you can play more aggressively.

This is where Azalina Soulthief comes in handy, if you run her. When get the sense your opponent has drawn well and is about to unleash their combo, play Azalina. And boom: all those tasty combo pieces are now yours instead.

Meowoof review - "Much more than a cat and dog story"