Let's get the boring stuff out of the way first of all. Yes, the Nintendo Labo Vehicle Kit is a big ol' pile of cardboard. Yes, it's difficult to store and there's no guarantee you'll be playing it in a few weeks. And yes, it's a bit pricey, coming in at £59.99/$69.99.

We already knew all this - we've had the Variety Kit and Robot Kit before, and the same criticisms that could be levelled at those offerings apply here.

But the Vehicle Kit has managed to take the promise of the original Labo kits and turn it into an actual gaming experience, something that will keep you entertained for hours without you needing to learn basic programming or how to build things out of cardboard.

It's not just a collection of random bits of cardboard, but a full experience that's tons of fun, surprisingly smooth, and will make you feel like a god when you've finished putting the various Toy-Cons together.

Want to know more? Hit the link below and we'll answer every question you probably have about the Labo Vehicle Kit.

Included in the Labo Vehicle Kit is everything you need to build the Car, Submarine, and Plane Toy-Cons. You'll also need to build a pedal for powering each of the vehicles, and a "key" to activate them when playing.

On top of that, you also get a kit for building a holster for your Switch which connects to the Car Toy-Con, making it easier to take on the go. You also get a Paint Can Toy-Con to paint your vehicles with, and a spare key in case you lose the first one.

You'll also find a game cartridge, filled with the instructions on how to build the kits, the actual games to play with your new Toy-Cons, and the "garage", where you learn how each of the kits work and can start messing about with different programming options. 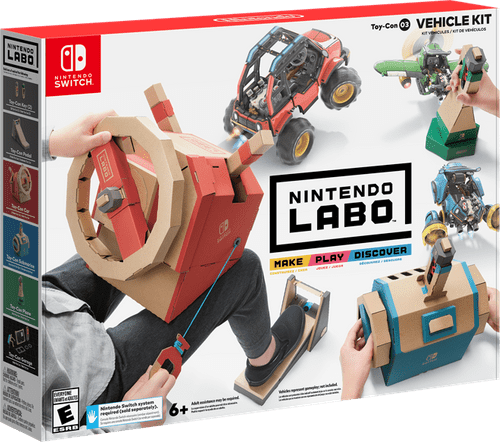 How long will it take to build everything?

Ages. There are no easy builds here, and if you're not great and getting stickers in the right place or wrapping rubber bands around things, you're going to be in for a rough time.

For starters, you have to build the pedal and key Toy-Cons before you can even think about building one of the vehicles. Nintendo reckons the pedal alone takes between 60 and 90 minutes to build, while the key takes 15-30 minutes. That's a minimum of an hour and a quarter right there.

As for the vehicles, the Plane takes just 30-60 minutes to build, but it does have some fiddly bits which might trip you up along the way. The Submarine takes an estimated 60-120 minutes, largely because of some really finnicky inner workings which can take a while to get right.

Finally, the Car takes a whopping 150-210 minutes to complete according to Nintendo, and boy is that accurate. It's full of tiny moving parts and random bits and bobs that don't make a lot of sense, and you'll definitely need to take a break during the process.

All in all, Nintendo reckons you can get everything built in just over five hours, if you storm through every build and have no difficulties. It's a bit of a slog, and requires a lot of concentration, but if you take regular breaks you should be OK. 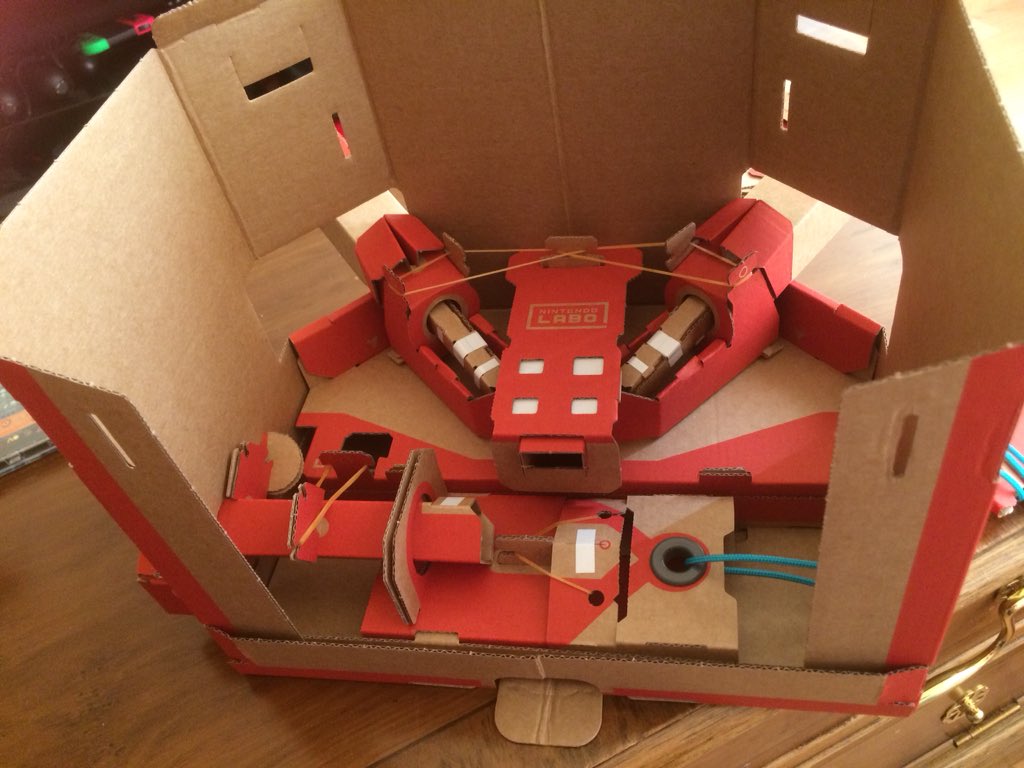 What can I do with the Toy-Cons?

First off, you'll unlock the Slot Cars mode. This just uses the pedal Toy-Con to control the speed of a car on a fixed track - think Scalextric but without the brand name.

It's a quick, no-frills mode which gives you a nice break once you've finished your first build of the pack, but not much else. Don't expect to be coming back to this mode that often.

The real meat of the game is in its Adventure mode. Here, you're given a remarkably large open-world to explore in your various vehicles, full of objectives to complete and various secrets to uncover as you go. 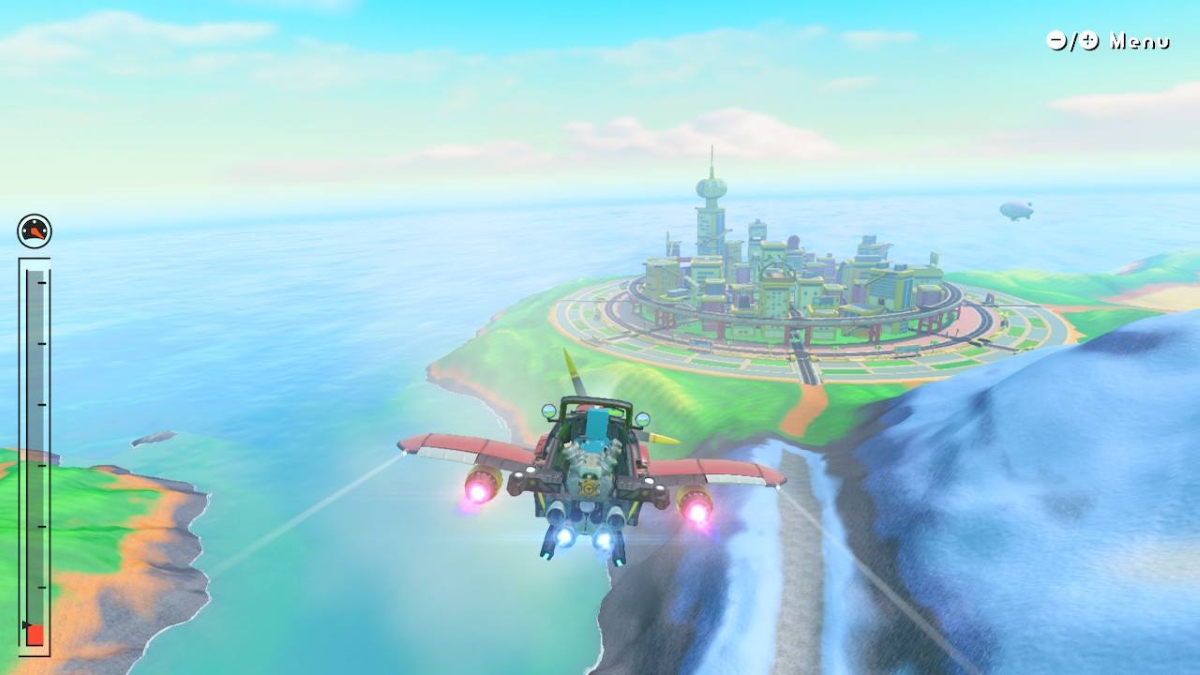 You can switch seamlessly between vehicles by swapping out the key Toy-Con between each vehicle Toy-Con, allowing you to quickly switch up the action when you get bored of a certain mode of transport.

Each vehicle has its own benefits, too. The Car can carry objects on the roof and has a bunch of tools at its disposal which are better left to be discovered by yourself. It's also the only vehicle which can refuel, which you'll need to do fairly regularly as your fuel gauge is prone to wiping out quickly.

The Submarine has the obvious benefit of being able to travel underwater and can also fire out a sucker to attach onto objects and yank them around - handy for removing steel boxes surrounding sunken treasure.

And finally, the Plane flies super-fast and can fire missiles willy-nilly, both freely and by locking on to a target. However, it consumes fuel like it's going out of fashion, so you don't get to play with it for very long before having to switch back to the Car.

You need to use each of the vehicles at your disposal to blow stuff up, help out the inhabitants of the world, and generally muck about and have fun. 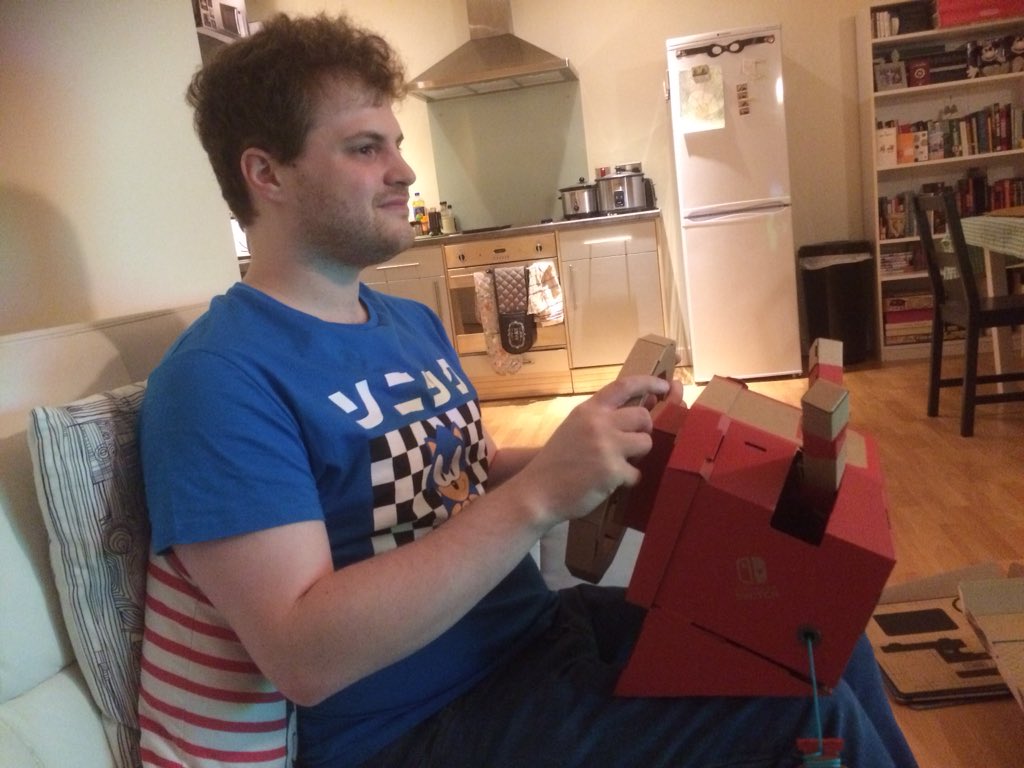 And it really is great fun. There's plenty to do, even if what you actually end up doing is a big fat load of nothing, and just drive aimlessly around causing chaos. There's a lot of "make-your-own-fun" gameplay on offer, but not because there's a lack of content.

If you want something a lot more structured, there's also two-player Battle modes with the Car Toy-Con, and a Rally mode which gives you set races to take part in, utilising every Vehicle Toy-Con at your disposal.

As before, you can customise your Toy-Cons however you wish with pens, decorations, whatever. The kit doesn't come with any decorative items, but you can knock together some of your own from what you've got around the house.

As for internal stuff, once again the Toy-Con Garage is included and fully-loaded with new behaviours for each of the different vehicles. If you want to dig into the programming side of things, this is the place to do that.

New to this kit is the ability to use custom controls in the game. By setting up a few behaviours in the garage, you can play the Adventure mode without having to use any of the Toy-Cons.

This makes it much easier to play the multiplayer Slot Cars and Battle modes, since you don't need multiple bits of kit to do so. It also means you don't have to mess about with huge bits of cardboard if you don't want to.

If you're a fan of mucking in and trying out new things, there's loads on offer here for you. If not, well there's always the actual game bits to play. 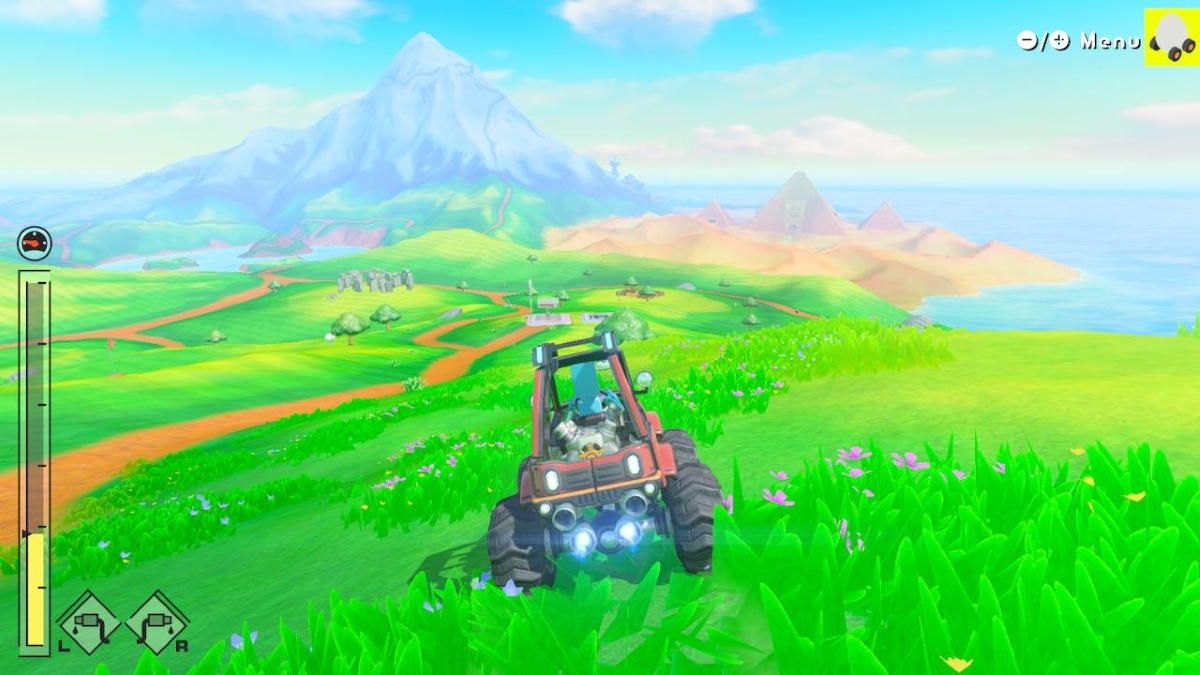 So, should I get it?

Longer answer: look, it's a bit pricey, but if you're itching to get at a Labo kit, we'd say that this is the one to get.

One of the biggest issues with Labo kits so far is the flimsiness of their game offerings - they're a good entry point for understanding what the kits are capable of, but they never offered any depth.

The Vehicle Kit's Adventure mode throws all that out the window with a wonderful, interesting, and fun world to explore, with lots to do even if you're just screwing around in the world.

There are all sorts of secrets to uncover and fun distractions, and if you just want to mess about in the sandbox, you can do that too. And it's bloody good fun to do so and all.

The builds are rather long, but the sense of accomplishment you feel once it's all done and working is fantastic. It's a true testament to the design geniuses at Nintendo that this random collection of cardboard and stickers somehow makes a real, working steering wheel.

The points we mentioned at the start still stand - it's relatively expensive, it's difficult to store, and you might not return to it after your initial play. But if you're looking for a super fun and very fulfilling time, you can't go far wrong with this. 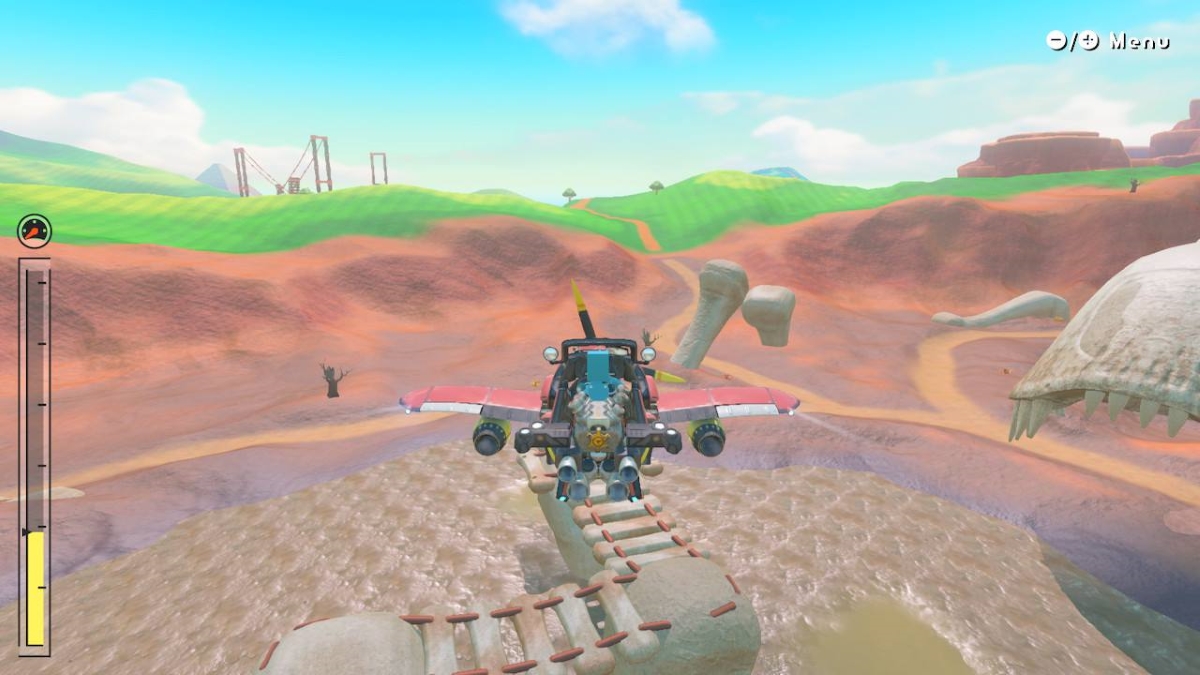