Pokemon GO closes out the summer with an Ultra Bonus Event

Legendaries, shinies, and all things Kanto

After an eventful summer for Pokemon GO, Niantic is ending the season with a lengthy Ultra Bonus Event. Starting on September 13, Niantic is treating players to rare Pokemon encounters and other goodies, offering new challenges and a chance to complete your Pokedex. 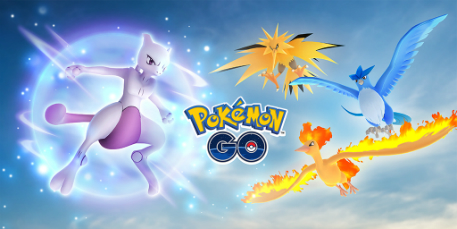 If you’re still missing the rare regional Pokemon, you’re in luck. You’ll be able to hatch Farfetch’d, Mr. Mime, Tauros, and Kangaskhan from 7 KM eggs worldwide for the rest of the month.

Niantic’s even bringing back Mewtwo, who will now be appearing in Raid Battles starting on September 20. Mewtwo was originally only available to players invited to EX Raids, but now more players will have a chance to catch the Legendary Pokemon for themselves. You’ll only have until October 23 to do it, though, so make sure you jump on the opportunity.

What to expect from Apple's big September 12 iPhone event