We don't cover Vita games on Pocket Gamer much anymore, but when a game like Punch Line comes around, exceptions can be made.

It's a visual novel in which the main character is a ghost who can't look at girl's underwear twice in a row, because if he does then everyone on Earth will be killed by a giant asteroid.

Still here? Good, because aside from being a very, very stupid game about not upskirting women, Punch Line is also hilarious, weirdly dark and violent, and overall a brilliant visual novel for the hardcore nerds out there.

Keep it in your pantsu

We're not joking about that initial set-up by the way - your character, Yuta, has his body stolen by a spirit, and has to work out how to get it back using his newfound ghost powers.

Each episode of the game is split into very obvious chunks - a setup, a "Trick Part", a "Trick Chain Part", and then the conclusion to the shenanigans. 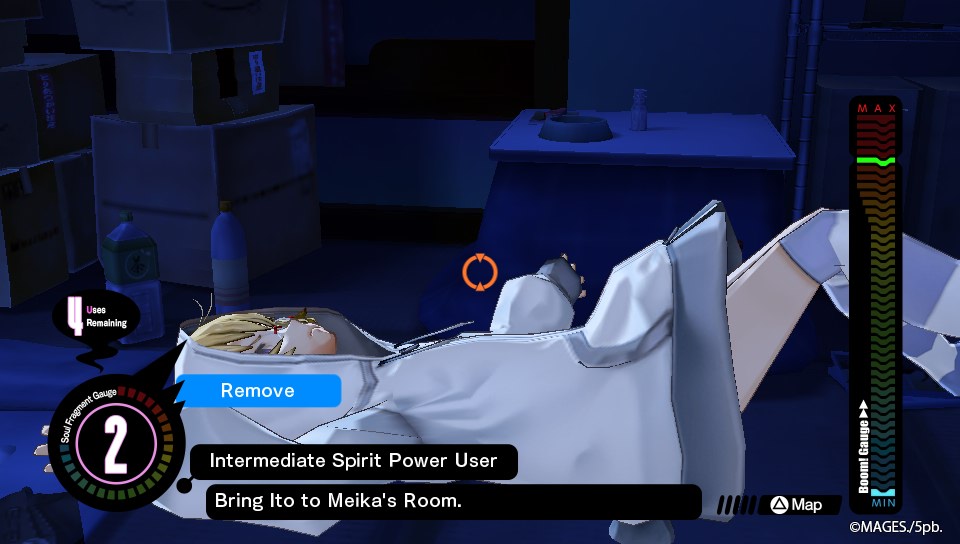 The setup sees you looking through the six rooms in the house you're currently haunting, four of which are usually occupied by attractive anime women with a penchant for wearing skirts and spreading their legs.

Once you've caught up on the day's goings on and found out your objective, it's onto the real gameplay - the Trick Part.

In almost every episode you'll need to raise your Spirit Level before continuing on, meaning you have to scare the women by knocking stuff off shelves, turning on TVs, and so on.

You're given a selection of fixed camera locations from which to look around their rooms and find things to interact with, one of which is usually pointed directly up the girl's clothes and right at their underwear.

If you do find yourself looking at their underwear, you've got a brief window to resist the camera's pull and look somewhere else before it's game over. No, this isn't a joke.

Level up your Spirit Level and it's onto the Trick Chain Part, where you do essentially the same thing all over again, but this time you're setting up a series of events which will somehow lead you to completing your objective.

Laid out in this fashion, it doesn't sound particularly exciting. And, honestly, it's all a little too easy - this is a visual novel after all.

Even the Trick Chains, which requires such stupid, sideways logic to even begin to understand how they would work, are surprisingly simple to set up once you've got the hang of things.

But the main draw here is the writing. Penned by Zero Escape series director Kotaro Uchikoshi, it's a mixture of stupid anime tropes, bad jokes, and sudden dark and violent outbursts as the story twists and turns in totally unexpected ways every five minutes. 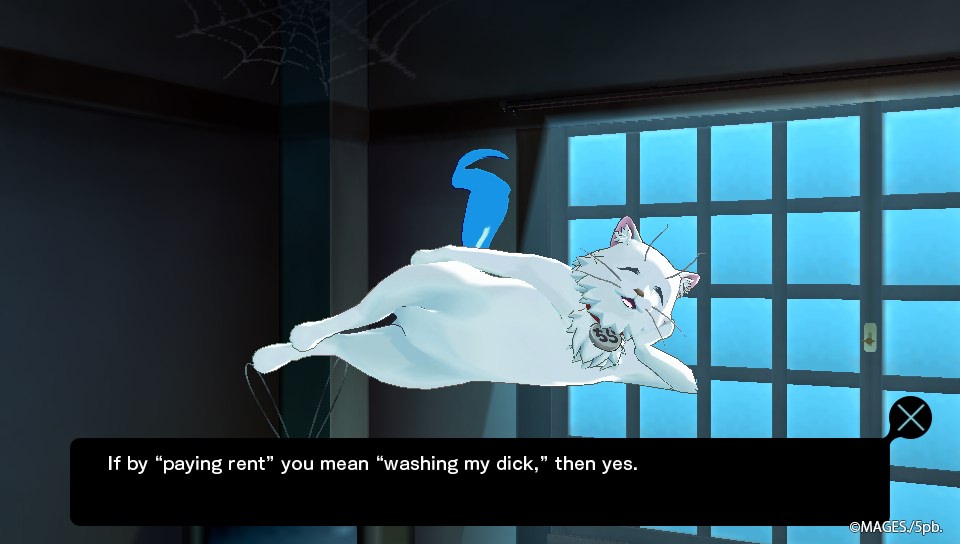 It's easy to dismiss as silly anime nerd fluff, but Punch Line does actually have quite a compelling narrative running through it, complete with mysterious terrorist groups, hidden identities, and the near-constant threat of a bloody death.

That's not to say it's all good. Some of the translation work is a bit sloppy - character names appear in the wrong place on occasion, and some of the jokes straight up don't make sense.

On top of that, you're subjected to a number of repeated, unskippable cutscenes more frequently than is frankly tolerable, no matter how well-animated they may be.

But overall, Punch Line is a surprising game. On the surface it's a dumb story about not being a pervert, and it proudly carries that idiotic premise throughout the entire game and cements it deep within the narrative.

Yet underneath all that silliness is a wonderful script, bizarre but brilliant puzzles, and a dark undertone which keeps it all from getting too daft.

If you're not a visual novel person, this isn't going to sway you. But if you like yourself some well-written anime nonsense, you should definitely check it out.

Punch Line is weird and wonderful in all the right ways, and the dark plot underneath it all makes it that bit more interesting
By Ric Cowley
| Sep 6, 2018 |
PS Vita
Find out more about Punch Line