To start off with, Wall Kickers feels like a game you've played plenty of times before. But it doesn't take long to open up and show itself off, which is when you're going to start really enjoying yourself.

This isn't the straight-up-and-down leaper you might be expecting. Instead it's a clever mobile reimagining of the platformer that isn't afraid to play by its own rules.

It might not be the most original game in the world, and some of the progression feels ever-so-slightly off, but it's still worthy of your time and attention.

The game sees you playing a plucky little character who's jumping their way up a tower. That tower is made of side-on platforms, and you need to tap the screen to jump off them. You'll latch on to these, giving you time to think out your next move.

Things get interesting when the double jump is introduced after about three seconds. This lets you bounce back, once per jump, in the direction you came from, and is the game's pretty damn smart trump card. 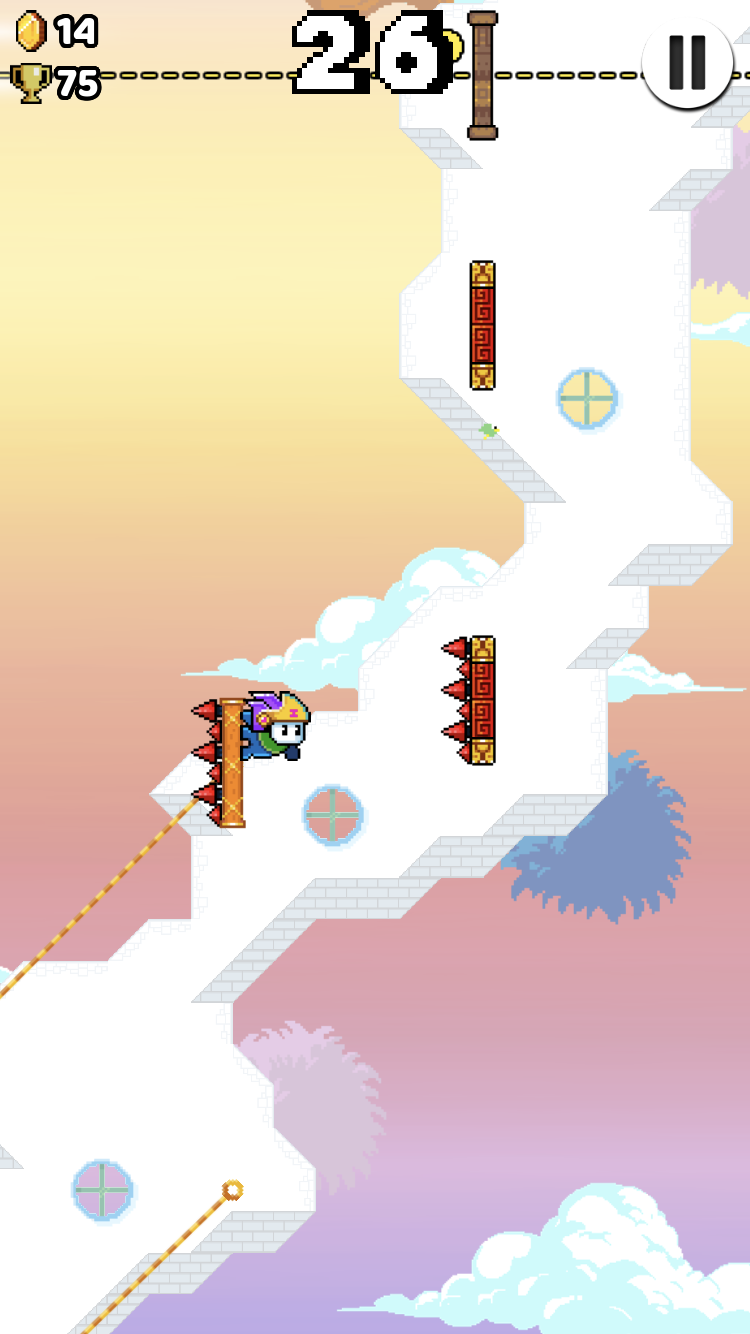 Everything here is about timing, and making sure you're jumping somewhere safe. There are platforms that move, platforms that push you towards spikes or drops when you're hanging on them, and much more.

There are even stretches where the game becomes a more standard side-on platformer and you need to reevaluate how to use the control scheme you've got to the best effect.

Despite its arcade-stylings and simple controls, Wall Kickers is a game that makes you think at almost every jump, and that makes for a wonderfully engrossing experience.

Kick out the jams

There are a couple of problems here that keep the game from true greatness. While you get new costumes regularly, it takes a little too long to unlock new backgrounds, which means the game gets a bit dull on the eyes after a long session.

Some of the challenges can get a little bit repetitive too, especially if you're dipping into the game for a long time. But then, that's not really the point of a game like this.

Instead it's all about quick-fire arcade platforming action, and if that's what you're looking for, Wall Kickers delivers in spades.

Wall Kickers might have the look of something you've played before, but give it a try and you'll get a lovely surprise
By Harry Slater
| Sep 6, 2018 |
iOS
Find out more about Wall Kickers