Maylgos Druid was one of the most heavily trailed theory-craft decks prior to the Boomsday expansion. As is often the case with theory-craft, it's not proved quite as powerful in practice. But it's still damn good.

The concept is very simple. Defend while you collect combo pieces for massive bonus spell damage. Then, when you've got them, unleash the pain, hopefully for a one-turn kill.


Not a cheap deck, and most of the pieces are not optional. Of the legendaries in the deck, The Lich King and Alexstrasza are the least important. You could also run it without the Epic cards if you really have to. 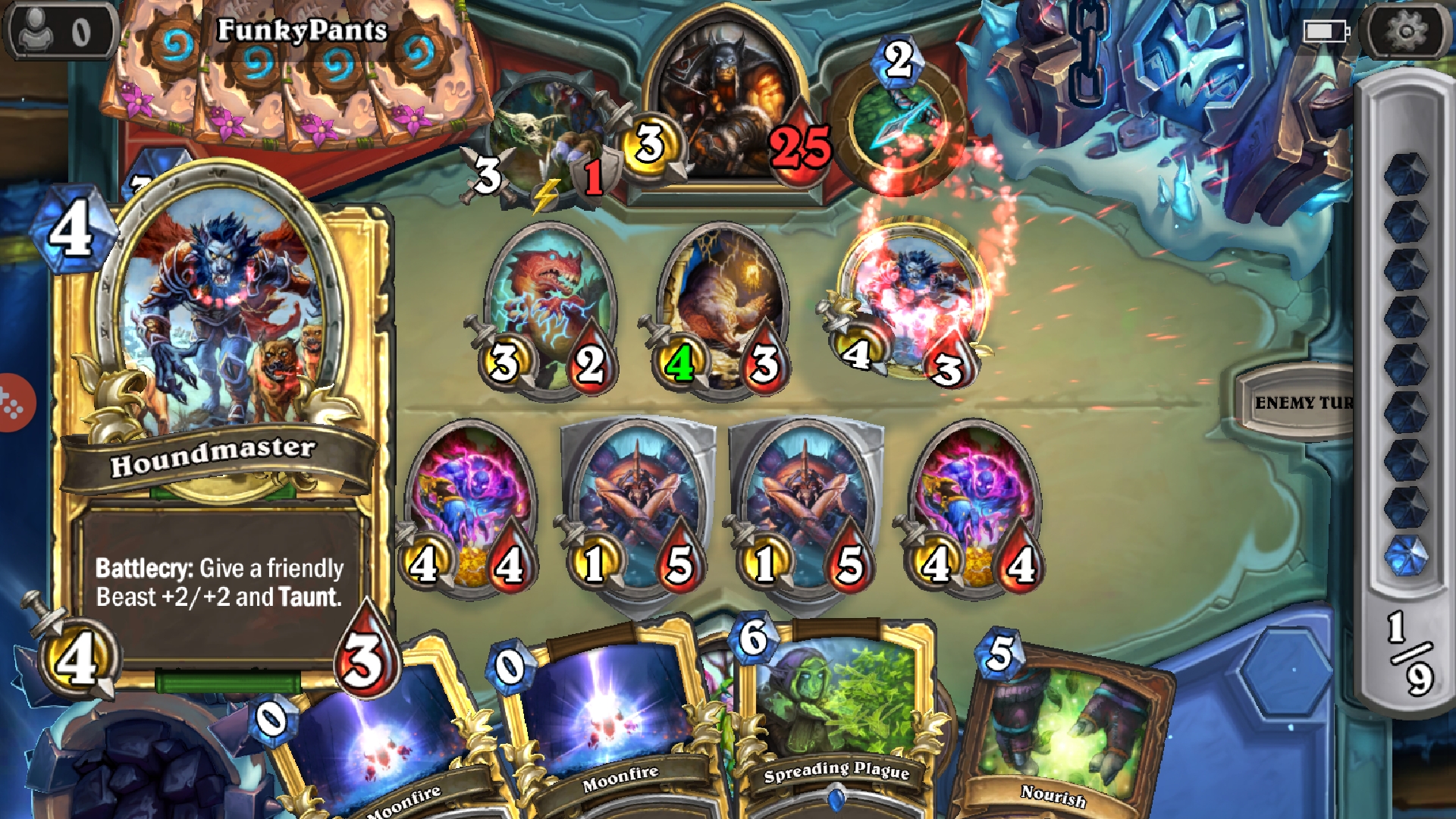 The deck is all about defence and direct damage, so that's where you'll be going. If you need to replace four cards, the classic combo of Ironwood Golem and Oaken Summons is worthwhile. Otherwise, Druid of the Swarm is an option for an early body on the board. And Starfire can make a brutal finisher with all the bonus damage heaped on top.

Like all mid to high level Druid decks, an early ramp is very helpful, so always keep Wild Growth if you have it. Other keepers are your early defence cards, Ferocious Howl and the Spellstone. The latter only works against minions, so you can't use it as a finisher.

The killer combo at the heart of the deck requires several pieces to work. So, unusually, it can be worth keeping a more expensive card if it's part of the puzzle. The most critical one is Twig of the World Tree because it's only four mana, is helpful to keep you alive, and you want to start wearing it down early.

In a similar vein, it can also be worth keeping Nourish. You won't be casting it for a while, but at some point you're almost certain to want either the mana or the card draw it provides.

The defensive elements of this deck are quite similar to those of Token Druid, so you can check that guide out for some additional advice.

Out of the gate, don't be afraid to make early use of your hero power or the Spellstone to shift annoying early minions.

Likewise, feel free to drop Naturalize when you need to. Ideally, save it for when your opponent has a full hand or a big minion but if you need it to stay alive, drop it. 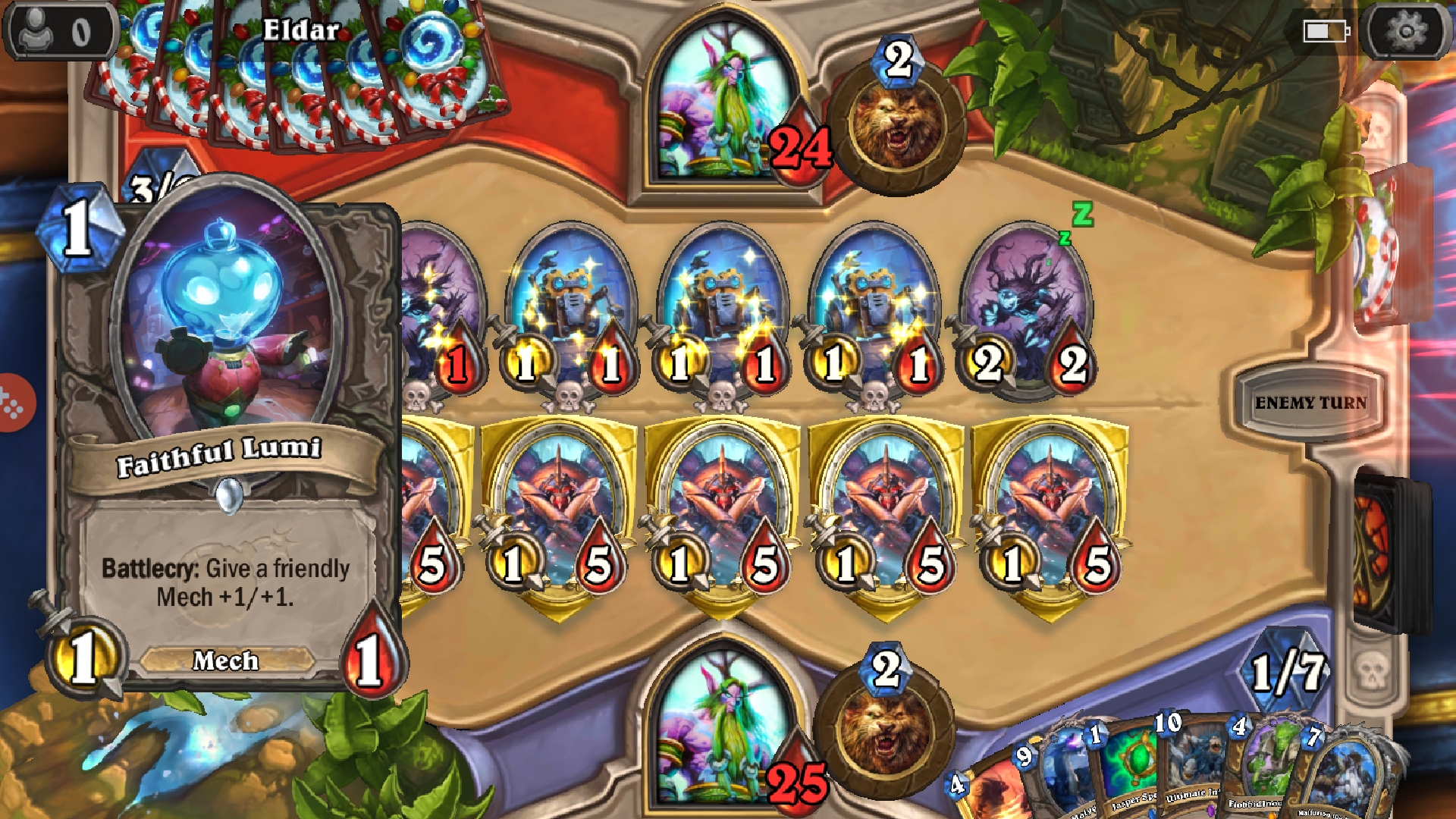 That said, one thing you shouldn't do is use Moonfire for minion removal. You're going to want those as a source of direct damage to win the game. That's also the ideal use for Swipe, but you can afford to be more flexible with that and use it as a defensive clear if you need to.

If you can remove enemy minions, use Ferocious Howl and Branching Paths to boost your amour and keep yourself alive in the early game. Make it to the mid-point and you can drop barriers like Giggling Inventor and Spreading Plague for protection.

And if all else fails, don't forget that Alexstrasza can effectively heal you if you're on low health.

In an ideal world, here's how this deck would work. Play Alexstrasza to reduce your opponent to fifteen health. Next turn, play Malygos for bonus spell damage. Then burn up Twig of the World Tree for extra mana crystals - remembering you can only have ten, so you have to empty your pool before the refill. Use them to play Flobbidinous Floop as a copy of Malygos. Your Moonfires now do 11 damage each and Swipe does 14: win. 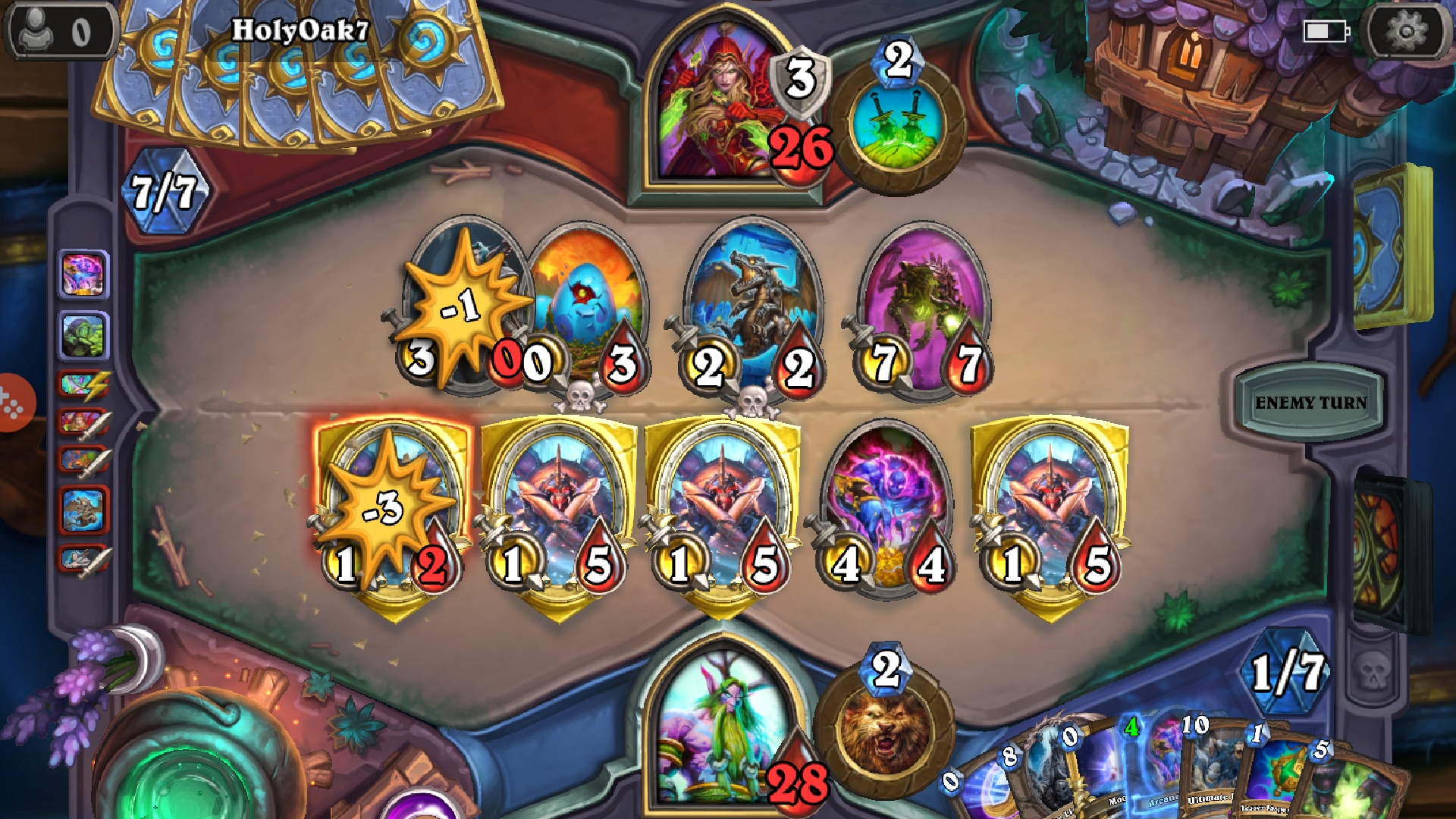 In reality you're almost never going to get all those combo pieces at once. And that's okay. You can use Malygos alone with a couple of spells for big damage and still win. There are plenty of other big hitters in the deck to use as finishers. And using Flobbidinous Floop to copy The Lich King is almost as deadly as Malygos.

There are other ways to close out the game. Playing Ultimate Infestation to refill your hand then using Twig of the World Tree to play what you drew is insane value. Especially with the potential of a free Arcane Tyrant thrown in.

In short, the game plan is simply to survive. Once you've got to the late game with this deck, you're spoiled for choice in terms of combos and value to act as finishers.