Hungry Dragon review - "It's simple, it's short, and it's full of dragons"

There are, in reality, very few basic shapes that a game can take. It's the mechanics added over the top of that shape, the way of getting from A to B, that sets different experiences apart from each other.

So yes, Hungry Dragon is just another game about eating as much as possible, but there are a few additions here that make the game just as engaging, if not more so, than anything else in the genre.

It's simple, it looks lovely, and there's an addictive crunch to stuffing humans down your dragon-shaped gullet that's going to keep you coming back for more.

The game sees you playing an adorable little dragon. Or at least it does to begin with. You're about the size of a large bird, and you can eat smaller birds, fish, spiders, and a few other bits and bobs.

You can take on humans too, but you're going to need to get a few bites in to cram them all down. The controls are perfect in their simplicity. There's a floating joystick that lets you move around, and if you tap on the left of the screen you'll boost in the direction you're facing. 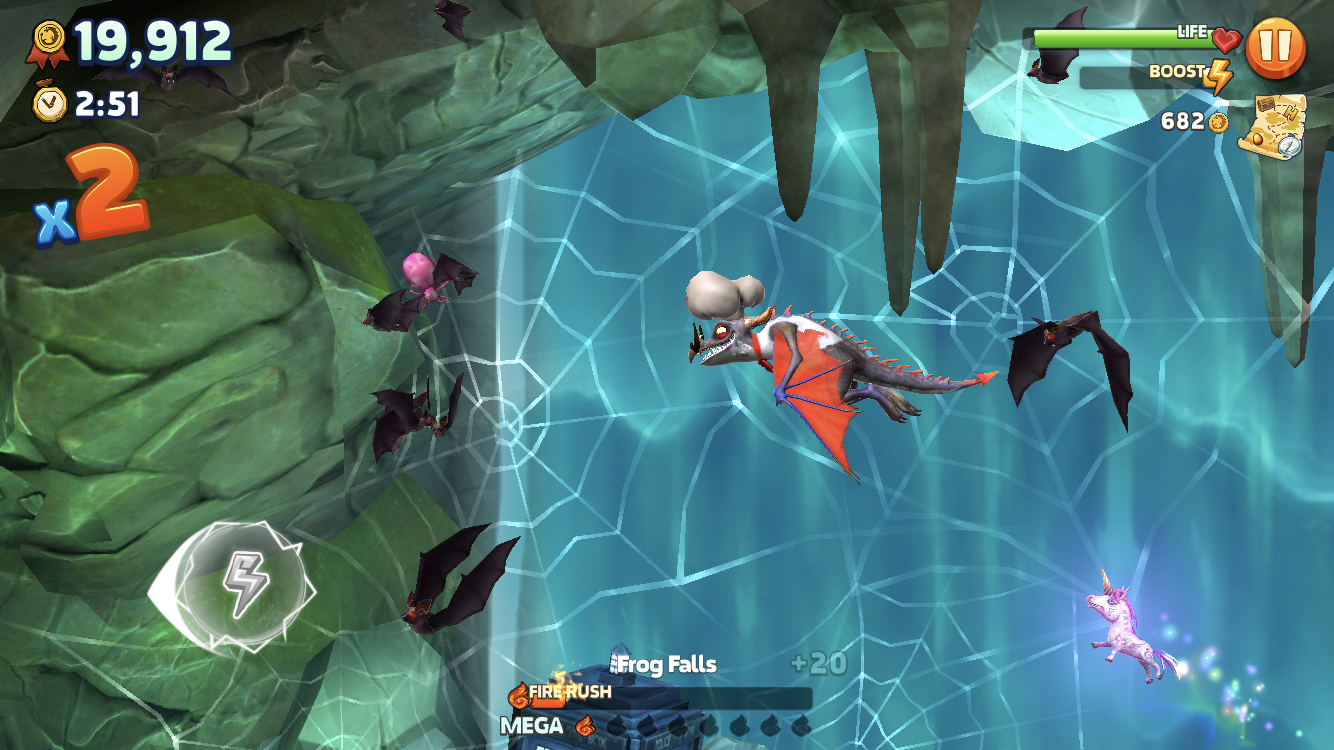 The world you're chomping through is a particularly big one, with new locations locked off until you've got larger and more powerful dragons. Getting those is a matter of levelling up your smaller creatures, then spending some gold.

Bigger dragons can eat bigger things, but as you grow you'll find ever more fearsome enemies trying to stop you from biting their faces off. 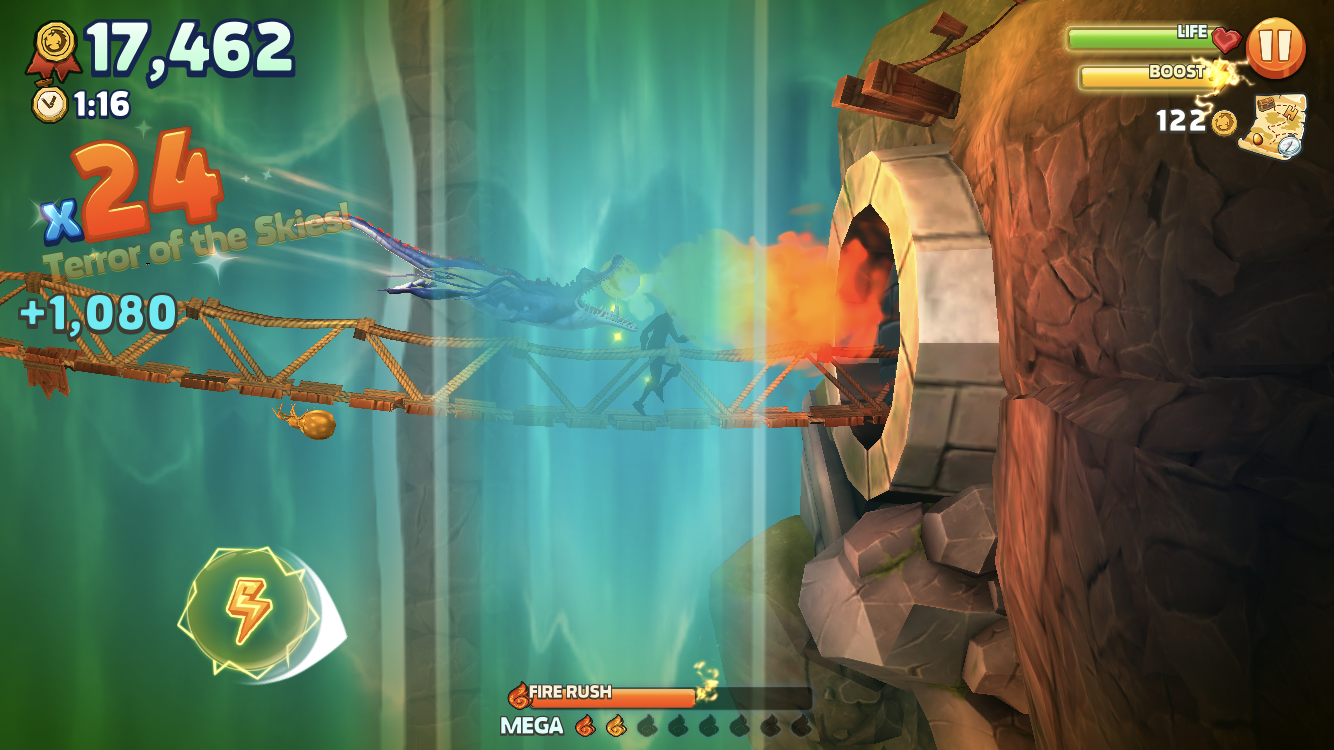 There's nothing here that you might describe as challenging, but there are some neat twists that are going to keep you interested. For starters you can take pets with you. These give you boosts and buffs, and larger dragons can take more pets with them.

You can swap costumes too, and there are challenges to work your way through. Once you've completed these, there's a cool-down timer until you get more. Or you can spend some gems to get them quicker.

Everything about Hungry Dragon is really well put together. It's by no means a revolution, but then it was never trying to be one. Instead it's a game about stuffing your face, and everything here is designed to make sure you gorge yourself.

You're not going to fall in love with Hungry Dragon, but it's hard to imagine anyone getting upset while they play it. It's a really solid, entertaining mobile game, and sometimes that's all you want.

It might not have the teeth to make it legendary, but there's plenty of fun to be had with Hungry Dragon all the same
By Harry Slater
| Aug 30, 2018 |
iOS
Find out more about Hungry Dragon

Hungry Dragon cheats and tips - Beginner tips to get eating

Hungry Dragon is the follow up to Ubisoft's insatiable Hungry Shark