All you can ask for in a new free to play competitive multiplayer game is a combat system that favours skill over grind, a modicum of charm, and a non-obnoxious freemium system.

Or at least, those are the only terms you can really judge such a game by in its early days.

Super Spell Heroes ticks the first two off its list with a fair amount of confidence, but its hand gets a little shaky while it's trying to deliver the final stroke.

Meeting your match in battle

Two cute fantasy characters lock eyes over a simple grid-like battlefield, and proceed to take it in turns to attack and parry. Whoever runs the opponent's hit points down to zero first wins.

Rather than summoning warrior cards to do your bidding, however, the mechanics of play here follow the classic match-three script. Link together two or more adjacent red tiles and you'll launch an attack, while green tiles will launch a defensive move. 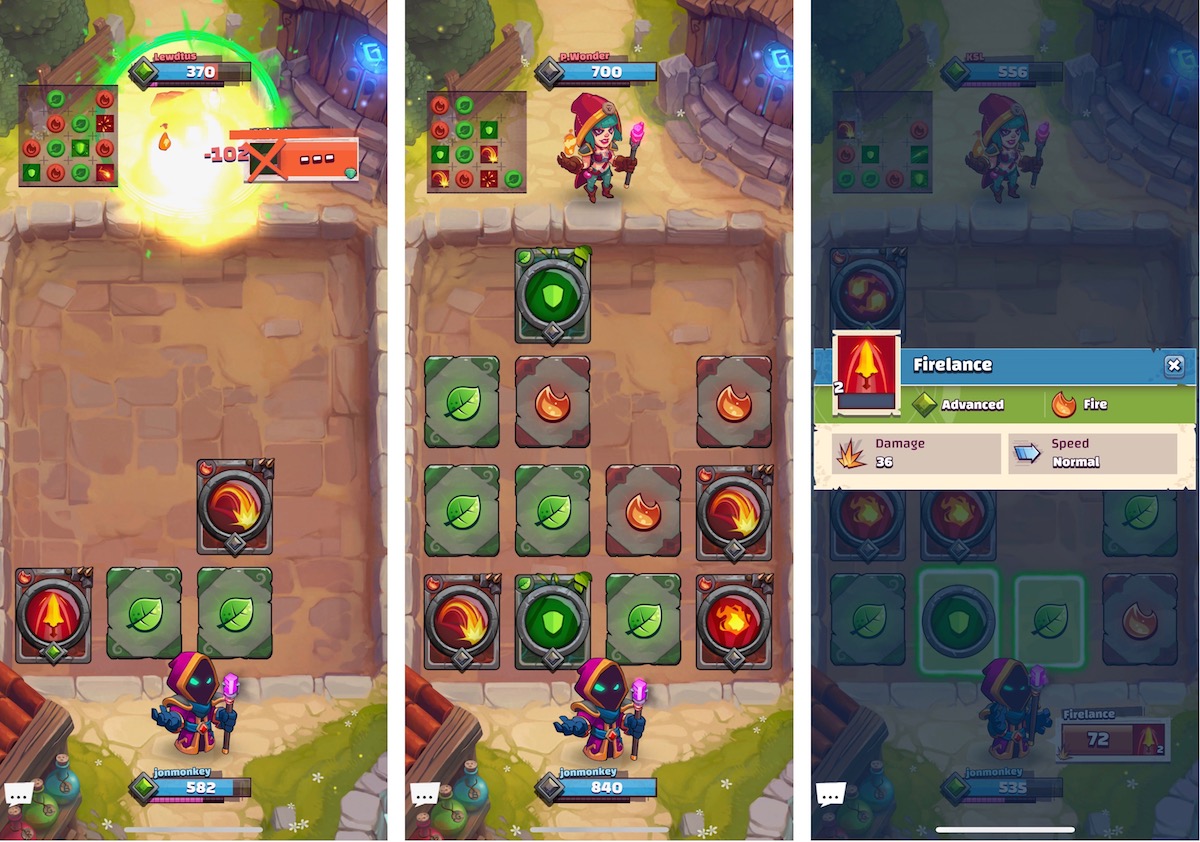 There are various spell types to learn and unlock as you grind through the battles. In the opening stages these are numerous types of fireball on the offensive side, and a shield or healing mode on the other.

There's a distinct lack of visual variation to these moves in the early hours, and it's not helped by the fact that you unlock new playable characters at an excruciatingly slow rate. That would be more of a problem in a less accomplished game.

Sit for a spell

Fortunately, the combat system at the core of Super Spell Heroes is both intuitive and surprisingly nuanced. Timing your moves is key, to the point where a canny player can comfortably beat one who has reached a higher level through grinding.

The genius move Sviper plays here is offering a little preview grid showing what your opponent is up to. It shows which tiles they have, as well as highlighting which of these are currently being interacted with.

In this way you can anticipate incoming attacks and block them, or hit your opponent with a flurry of fireballs if they have weak defensive options. One viable tactic is to try and fake out your opponent into a time-limited block by selecting an attacking row, only to cancel it at the last.

In one memorable fight, my opponent and I both sat impassively for what felt like a minute (but was probably much less), waiting for the other to blink first. It felt like a proper Wild West stand-off - a battle of wits, rather than a game of luck or attrition.

This solid foundation is built upon with a pleasing progression system, which has the feeling of a single-player adventure. There are distinct zones to progress through, matching your own progress with fresh scenery as well as new spells and (eventually) characters.

There are even AI-controlled end-of-level bosses to fight at the end of these zones, although the fact you can essentially grind them down with successive attempts lessens the satisfaction of toppling them significantly. 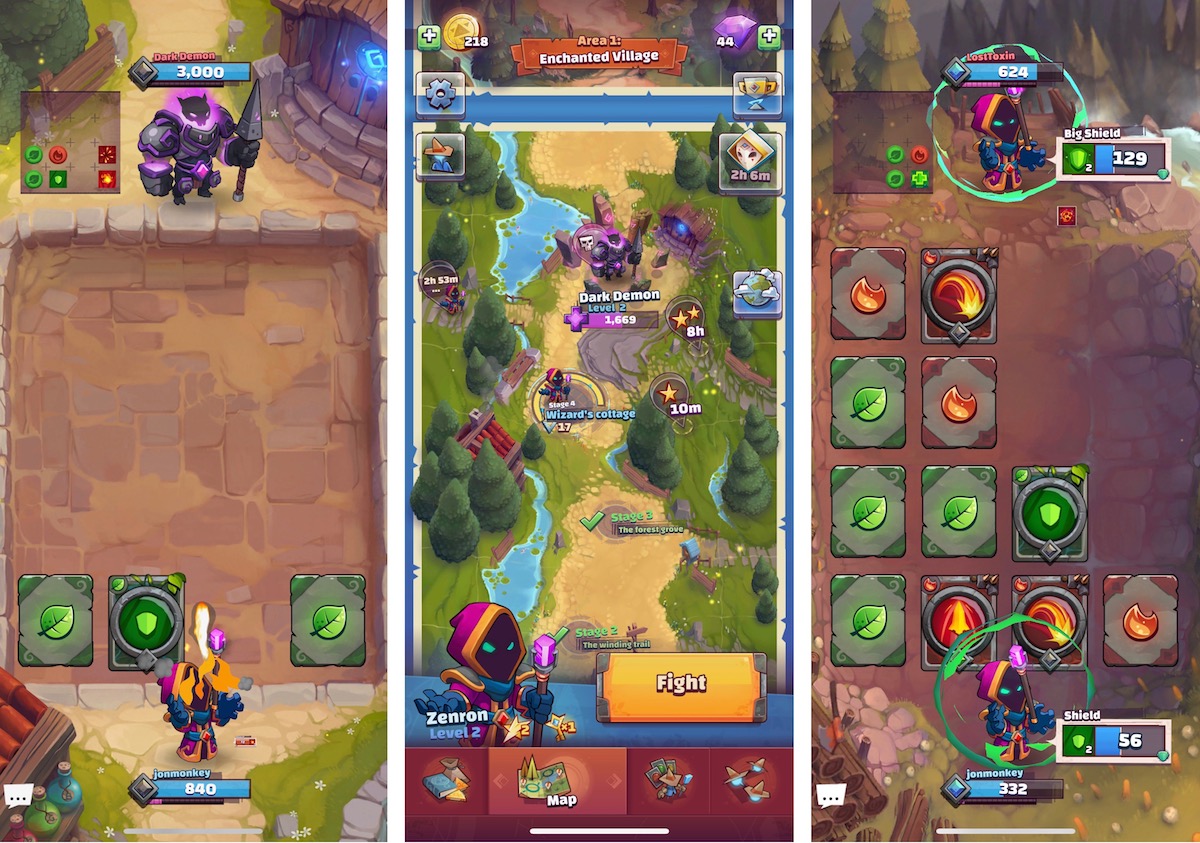 Alarm bells start to ring shortly after the first such boss encounter, as your virtual funds for upgrading your spells deplete, the timers for sending your wizard on 'missions' (essentially another levelling system) stretch out, and you discover that the Hero Keys used to unlock reward boxes are a carefully apportioned resource.

It's going to take considerable time with Super Spell Heroes to establish just how punitive its freemium systems are. What's important to note, though, is that my will to find out is outstripping my natural cynicism at this point, thanks to that central battle system.

There's also no denying the distinctly unoriginal visual style Flaregames and Sviper have shot for here. It's an accomplished and inviting approximation of the Supercell aesthetic, but a fresh approach would have been nice.

Super Spell Heroes provides an accessible yet skill-based casual PvP experience that's fun to play on its own merits. Whether that means that it's ready to elbow its way to the front of a particularly long queue, only time will tell.

A deceptively smart PvP match-three game that employs an unusually skilful battle system, but with a few of the usual freemium caveats
By Jon Mundy
| Aug 29, 2018 |
iOS + Android
Find out more about Super Spell Heroes