The War of Genesis: Battle of Antaria preview - a strategy MMORPG where the sky’s the limit

The skies of Antaria are teeming with war-ready airships, Pacific Rim-style mechs are slugging away at one another on the battlefield, and a conflict the forces of good lost several years earlier has plunged the world into dark uncertainty.

That’s the scenario The War of Genesis: Battle of Antaria has been thrusting players into during soft launch ( the game is available at the moment for Android users from Australia, Canada, New Zealand, Singapore, Philippines, India, Indonesia, and Malaysia).

Developed by Joycity, The War of Genesis is a mobile entry in the popular The War of Genesis SRPG series. You might think a gaming franchise that’s been running since the ‘90s is incapable of delivering surprises, but its latest instalment is shaping up to be a breath of fresh air. 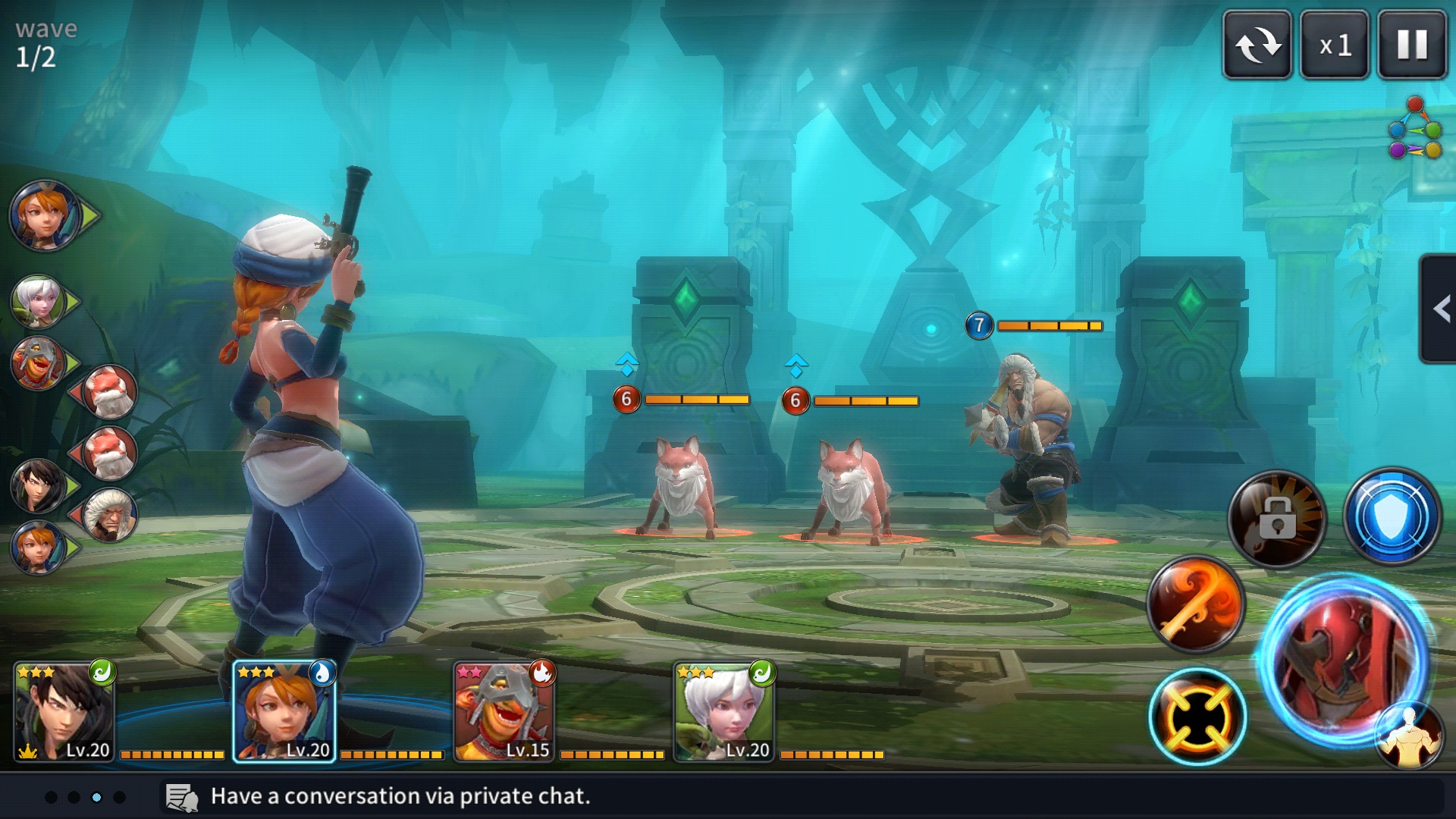 The War of Genesis: Battle of Antaria is a strategy MMORPG and a fight for freedom in a world of gods, monsters and technology. As an airship admiral, it’s your job to reclaim the titular continent from the armies of Dark Armor and end a conflict that’s raged for generations.

It’s a seamless blend of MMORPG exploration and vintage, turn-based combat a la Final Fantasy. The battles are the meat of the experience and they’ve been tailored for touchscreens, controlled via a few on-screen buttons and strategic taps.

Joycity has gone to lengths to ensure combat and the way you approach it is accessible to newcomers, though there’s plenty of substance in there for the genre veterans.

Party building, for instance, comes with a welcome twist. Your squad will start out comprised of the usual suspects, like paladins and mages, but the option to recruit enemies you’ve defeated will soon see orcs, skeletons and other creatures of the night join the fray.

Things are fast-paced out there on the battlefield at the best of times, but whenever you want to up the ante, there’s the option to deploy a Machina, devasting machines of war that are capable of turning the tide of battle, and looking epic while they’re at it.

Turn-based skirmishes are merely one portion of The War of Genesis, as airship customisation is equally important. As well as upgrading your heroes and Machina, you’ll spend just as much time building up the fleet, and this is vital for solo progression as well as PvP success.

There are numerous ways to upgrade your flying fortress, from researching new technologies to investing XP, and you can tailor it to fit your individual playstyle.

The War of Genesis is all about balance. The story campaign, side quests and exploration will keep players busy for a long haul, but making sure your party, mech and airship upgrades are all working in harmony with one another adds an extra layer of strategic depth.

The War of Genesis keeps replayability and longevity in mind with customisable quests and side stories that players can shape. Here, you get to steer the narrative at various junctures, kind of like in those old school Choose Your Own Adventure books. Who remembers those?

Joycity is hoping to build up a community around this side of the game by allowing players to share their custom narratives with others and featuring the best ones monthly. The team host various community events on Facebook that reward useful items such as Summon
Stones that can be used to summon heroes, so be sure not to miss these.

Creating your own side stories is just one of the extracurricular activities you can busy yourself with outside of The War of Genesis’ substantial core campaign. There’s also a guild system with base building and high-octane PvP that plays out in real time.

So in short, there will be plenty to see and do when The War of Genesis: Battle of Antaria launches worldwide.