Welcome to Susan Arendt's latest column on Pocket Gamer. In 2018 we've recruited the best writers and most experienced gamers in the industry and asked them to inspire us. Today Susan takes a look at Pong Pong Egg, and does her level best not to make a single egg pun...

Ok, look. We all know that mobile games have more than their fair share of imitation, and none of it is a sincere form of flattery. Outside of the blatant copies that should feel deep, deep shame are the games that are beat for beat the same as some huge success. Every match-3 game out there owes Bejeweled a cup of coffee, and Pong Pong Egg owes more than that to Peggle, but damn if I don't adore it anyway.

Pong Pong Egg's bouncy ball, peg-clearing gameplay is nothing new, but it does put a delicious new look on it by changing your targets and ammo to delicious food items. Your ball is, as you might've sussed by now, an egg, and the pegs you need to remove are sausages, garlic bulbs, chili peppers and mushrooms. 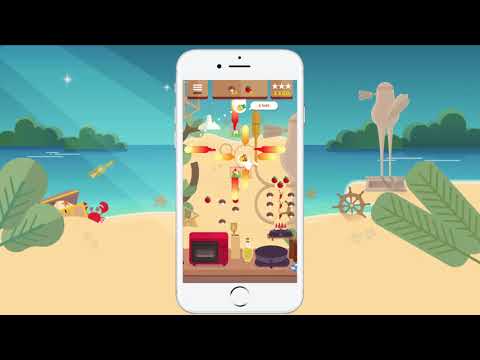 Your eggs not only have sunny (HA!) smiles, but also costumes that you unlock by clearing levels. You cannot help but succumb to the charms of a fried egg in a unicorn costume. It's just too much to resist.

You know how the rest of this goes: you aim your egg and tap to send it bouncing around the level, hopefully colliding with the stuff you're trying to clear before you run out of shots.

So why aren't I just telling you to play Peggle, then? This brings up an interesting aspect of the mobile space: games that imitate well enough to be worthwhile all by themselves.

There's an idea out there that every game simply must innovate in some way to be worth your while, and I think that's utter balderdash. I would never tell you to play a true clone, of course, but a new version of an old mechanic? Sure, why not, so long as it's handled well?

And Pong Pong Egg, aside from a few translation errors, is handled well. The physics are satisfying and challenging, forcing you to study the play area carefully before letting your breakfast loose. Sliders, bumpers, and frying pans are placed with exquisite care to complicate your efforts. Success requires a bit of bouncy luck and a lot of careful planning. No, Pong Pong Egg is not reinventing the wheel, but it's making a damn fine wheel. 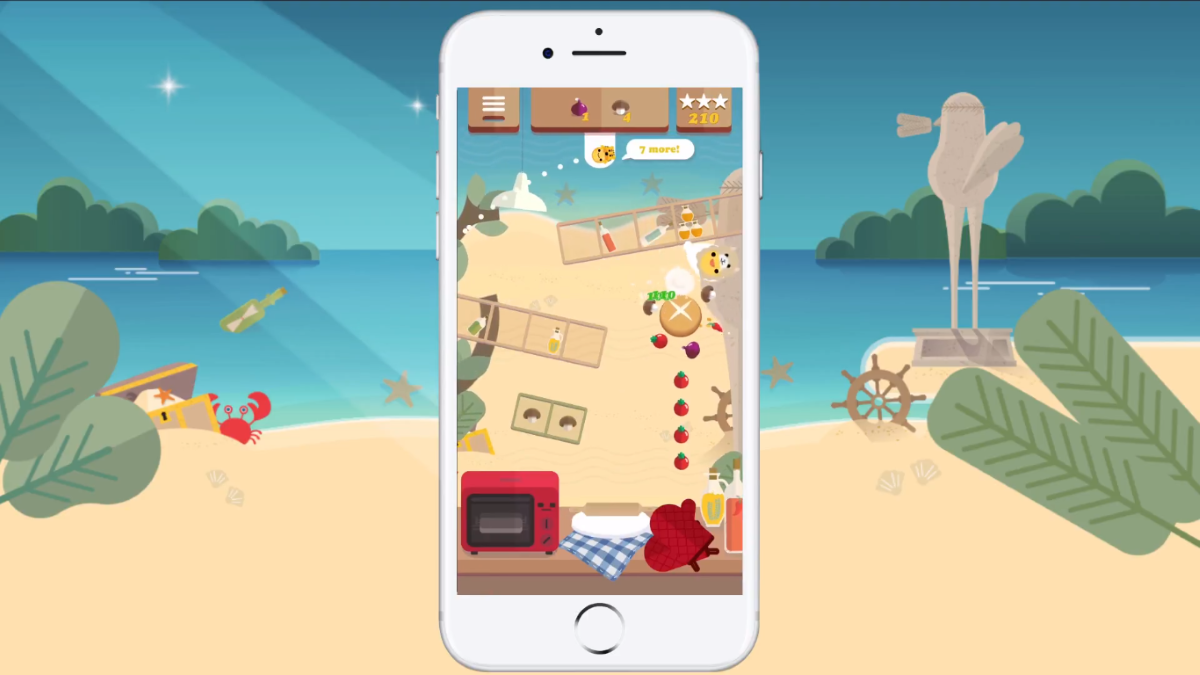 Too often, we crave the new hotness so badly that we overlook the fine and familiar. There's absolutely nothing wrong with seeking out new and exciting mobile experiences - how else are you to discover the next thing you adore and evangelize? - but it's often at the cost of well-crafted, less flashy offerings.

Pong Pong Egg will likely never be featured in the App Store, nor will it top a list of...well, anything, honestly. It's not dramatic or groundbreaking or overtly compelling. It's just a fun little game that you can bust out in the few minutes you're waiting in line at the grocery store.

If Pong Pong Egg were a professional wrestler, it would be a jobber: never a headliner, but vitally important just the same. (Feel free to ignore that comparison if you're not up on your wrasslin' terminology.)

And those games have value, too. Not every game you play is a candidate for Game of the Year, but that doesn't mean it hasn't added to your life in some pleasurable way. Pong Pong Egg is the kind of game you'll forget is on your phone, yet be happy it's there every time you need it. It knows its place in the gaming universe and it embraces it to the fullest.

Plus, like I said. Fried egg in a unicorn hat.

Read more of Susan Arendt's columns on Pocket Gamer, and find out more about Pong Pong Egg at the game's official site. If you're looking for more columns, then check out Harry Slater and Jon Jordan, who are always on-hand with sharp, tasty opinions too.