Sometimes it feels like the retro craze has run its course. Sure, the past was great, but frustrating, borked games weren't, despite what you might tell yourself when you go to sleep at night.

Which is why something like Juanito Arcade Mayhem is so brilliant. It's the sort of game that looks to the heyday of the arcades, but doesn't try and ape it precisely. And everything it does, it does with a winning grin on its cartoon face.

Time for some mayhem

The game sees you playing the titular Juanito, who's pulled into the innards of some of his favourite, non-copyright infringing videogames. When he's in there, he needs to clear out the clonocells, blobby monsters that have infected everything.

The game plays a little like Pang, but it throws new ideas into the mix at regular intervals. So the stage that's a bit like Tetris has Tetominoes falling from the sky, and the stage that's like Super Breakout has blocks that you need to smash. 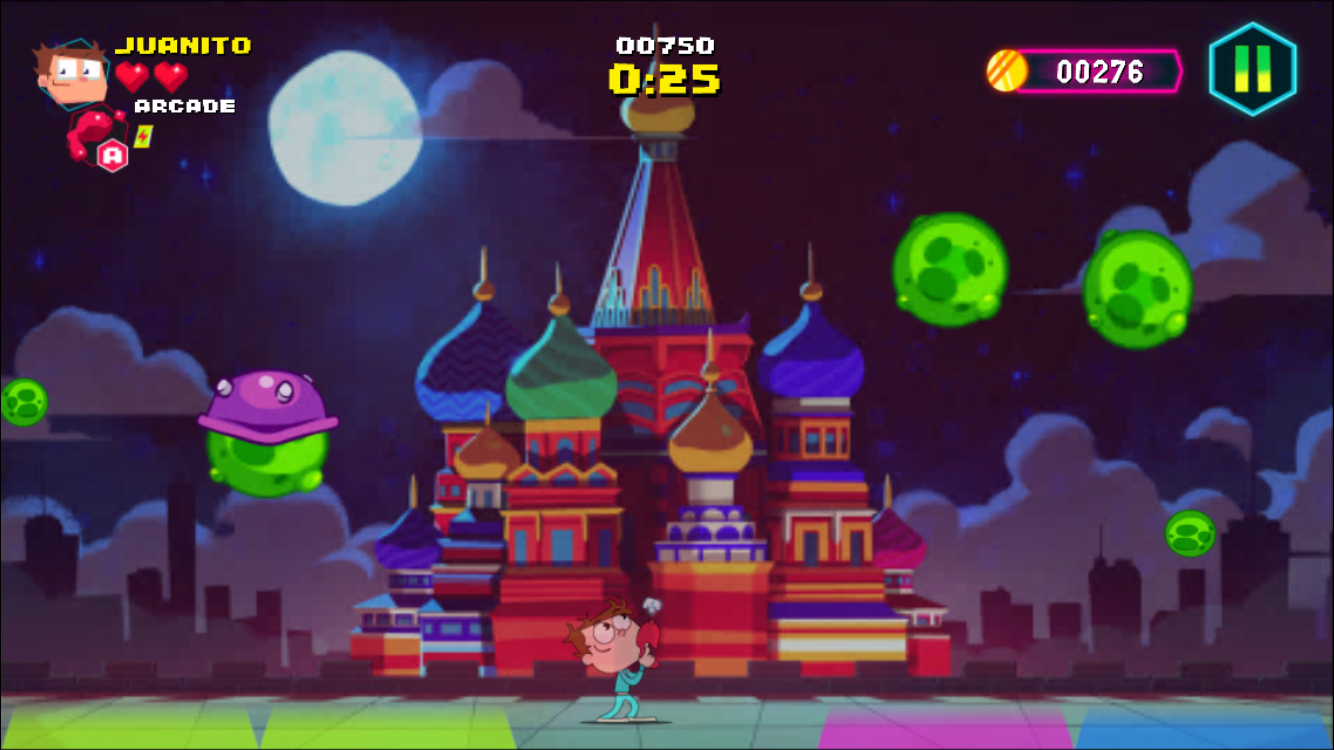 You jog around the bottom of the screen, firing directly upwards with your laser cannon. There's no jumping, but you can slide in order to avoid the foes bouncing down around you.

There are upgrades and buffs to collect too. One pauses all the monsters in the game so you can pick them off, while others boost your shooter to make you an even more powerful blob-killing machine. 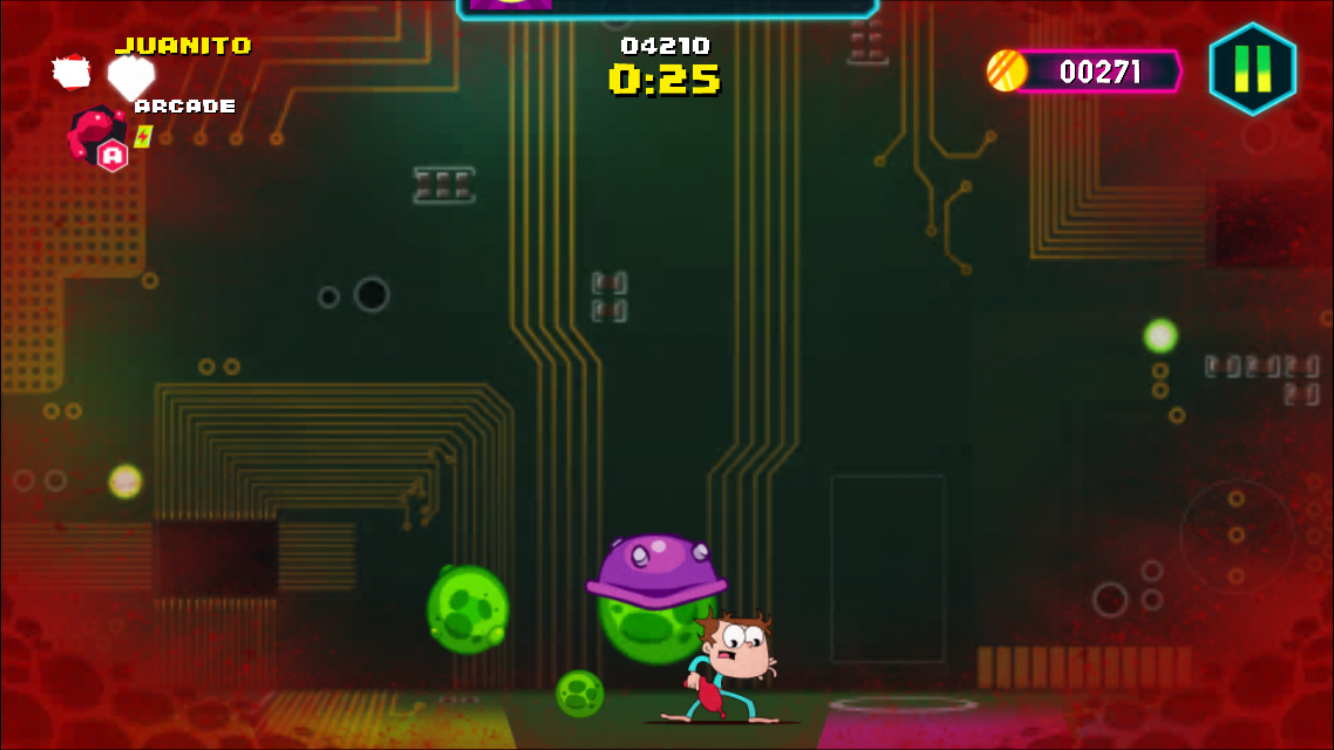 Alongside the level-based core of the game, there's an endless mode too. The gameplay is the same though. Shoot everything that moves, grab the goodies they drop, rinse and repeat.

But there's a wonderful balance to the game that keeps things from getting stale, and a challenge that means it's unlikely you're going to get bored before you get pretty close to the end.

There's just something lovely about playing Juanito Arcade Mayhem. It doesn't mess around, but its nostalgic heart-string tuggers are all in the right place, and its slick arcade shooting is pretty much spot on.

Sure there are a few tiny niggles in this mobile port, mainly stemming from how close the buttons are to the bottom of the screen, but there's nothing major that should keep you from picking this one up.

It's rose-tinted glasses done in the best possible way. It's warm, it's funny, and more importantly it's an incredible amount of fun to play.

In under an hour we're taking to Twitch to stream some Talisman: Digital Edition

The World Ends with You: Final Remix lands on Nintendo Switch in October